A charming edition to my studio flat...

I did a job for an elderly gentleman in the parish today, throwing out old papers he needed no longer. He generously pays me for doing odd jobs for him and checking up on him everyday. On the way to driving over to his place to pick up some papers to recycle at the refuse tip, I found this delightful wicker bookcase by St Michael and All Angels Anglican Church. Needed a bit of a clean but other than that it fits perfectly in my studio flat. St Pio of Pietrelcina now guards it. I have a few books and videos and they nearly all fit nicely. I picked up this sofa from a guy who does freecycling in Brighton. I was just passing him with my friend Paul when I was moving in and he asked if I needed a sofa. I was over the moon...it even reclines! Next to it are some pine drawers I found near my place. At the tip I was horrified to see a man taking a fish tank, almost exactly the same size as mine over to the landfill section. Does nobody think about what they are throwing away to put in landfill? Believe me, even though I live in an eco-flat and enjoy finding things people don't want anymore and selling them, or keeping them myself, I'm not an eco-warrior. I found this small office cabinet near my street. I found the computer desk near my street and I found the stereo on the road near St Mary Magdalens. I found the TV, with an in-built video player near St Mary Magdalen's Church with a sign on it saying, "Merry Christmas!" The stereo sounds great and you can put 5 CDs in at the same time and change which CD you want to hear! I must say, that since I got a place of my own I've become somewhat materialistic, but when stuff is literally going begging, what are you meant to do!? 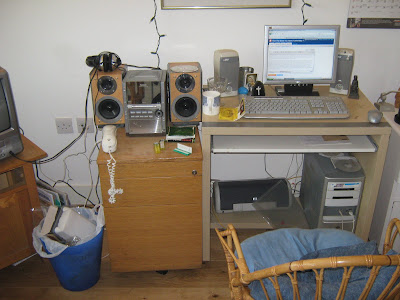 It just seems to me that there's so much waste going on. Why throw out stuff that other people might need or want only for it to go into landfill which is hardly an infinite place for refuse? Finding that bookcase brightened up my day! Someone might have really quite liked that fishtank and now its smashed up on a rubbish dump! Look! I found this splendid shelf unit with matching clothes wardrobe by a bin near the station! Very nearly a whole flat decked out with furniture and electrical goods for free! I regret not throwing myself in front of him and imploring him to give it to me to sell or give to someone! I might have to start hanging out at rubbish dumps all day saying to people, "You're not really going to get rid of that, are you? I'll find a home for it!" 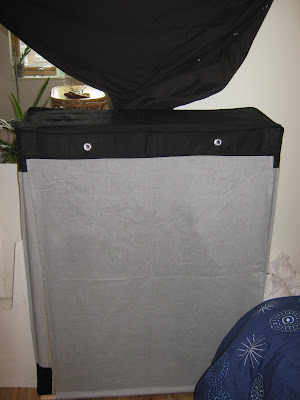 You don't have to be an eco-warrior to abhor waste and despoliation of the environment. God made us stewards of this earth. One day we will be called to account for our stewardship.


The Lord's is the earth and its fulness

You should also check out freecycle. I have given away loads of furniture, old books, magazines etc. People see the listing on the net, phone or email and you arrange for them to collect. It is also a great way to get stuff as well.

Lad, you've got no legroom at that desk. I will be thinking of that years from now, and about how much it affected your productivity, and whether to be sad, or happy, about the restriction.