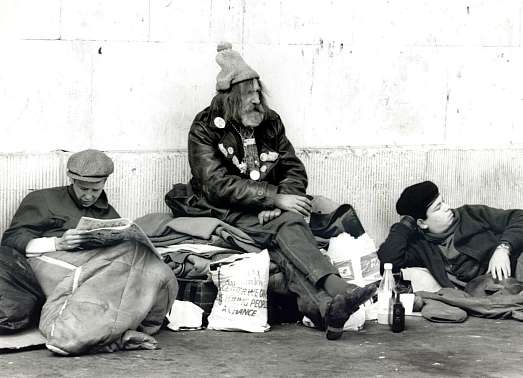 Newsnight celebrates its 30th anniversary today. In honour of their journalistic endeavours, they have posted some good and memorable reports from their archives on their website. Click here for Don McCullin's 1989 film about London's homeless. It is as relevant today as it was then. Human dignity is not something to be decided by the State or any man. Human dignity has been raised by Christ who redeemed us, by taking upon Himself our humanity. He has raised our dignity to heights of which we cannot fathom and no man, no Government, no culture and no law can take that dignity away from us.
at January 26, 2010

He was born homeless, and He died homeless.

"The foxes have holes, and the birds of the heaven roosting-places; but the Son of man has nowhere he may lay his head."

To the rich, the poor declare;