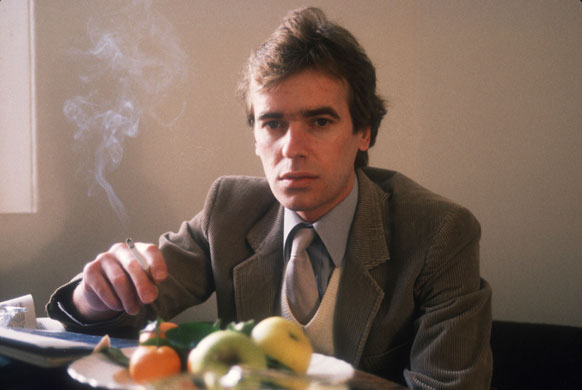 Defending his scandalous words in yearning for a day when the elderly will have euthanasia booths on street corners, Martin Amis said, “To be human is to have a certain amount of dignity, and I don’t see that dignity in the demented. It’s unworthy of a human being to have to go through that. The choice to die is a noble privilege we should all have.”

Without wishing to go all Graham Greene on his arse, this really does get to the 'heart of the matter'. The whole problem with moral relativism is that if you define yourself by its morbid obsession with the evil twin cults of self and death then you don't see the true dignity of any human being, yourself included.

The children of the World, in contrast to the children of God, give people value by a set of arbitrary and grossly materialistic and shallow standards. These people believe that people have dignity if they are say youthful in apperance, attractive, monied, working, productive and healthy.

These people believe that people do not have dignity if they are old, unattractive, poor, unemployed, unproductive or ill, mentally, long-term physicially or mentally. Martin Amis's whole premise on making such foolish statements is totally and utterly infused with relativistic despair and ultimately, a deathly and chilling nihilism.

Martin Amis does not believe that 'the demented', by which we take it he means those suffering dementia, have dignity. This is extreme and insulting language indeed, since who is he, an over-rated novelist, to decide who has dignity, and who does not? Of course, he might believe that those with dementia do have a kind of innate dignity, but they don't look like they have dignity, but he's left it rather open-ended, hasn't he? By extension, we can assume that Amis believes the same of all long-term disabled men and women with say, cerebral palsy. I mean, if people can't just jump out of their wheelchairs and write yarns while living off the back of their father's literary success, then the disabled might as well just be wheelchaired off Beachy Head now, right?

We are living in dangerous times indeed, times in which if someone doesn't 'appear' to have dignity, then they are judged not to deserve it. Dignity, Mr Amis, is not in the eye of the beholder. It just is. It is the dignity of the human person, precisely, which should protect individuals from the clutches of people who fail to see it. Like Mr Amis, we may not always conduct ourselves with it, but we have a God-given dignity which cannot be removed. If you try and remove dignity from some people, or say that certain groups do not possess it, then you deny these people their humanity and eventually you view them as sub-human.

This is the real reason that assisted suicide has come back to the headlines with two cases in quick succession this week. In neither of the cases were the children who were 'helped to die' by their mothers accorded their true dignity. Both were treated as sub-human. Our dignity, from conception to natural death, is the only barrier between a civilised society and the gas chambers, but senseless writers like Amis don't think about this, instead choosing to spout off their sick view of the human race. I hope his latest characters have more depth and love for people than he does!
at January 26, 2010

Bugger....I had my eye on a corduroy jacket!

if you define yourself by its morbid obsession with the evil twin cults of self and death then you don't see the true dignity of any human being, yourself included.

I could not agree more. A result of being Godless seems to be that in very difficult situations people seem to miss what is critically human. The value is not the suffering but the love.