Gordon and Sarah Brown's Number 10 Downing Street Card...So surreal that only gnostics understand the hidden meaning. Maybe Gordon's saying, '...and narrow is the door to Number 10 and few be those who find it. But broad is the road out of Number 10 and and the majority of people hope I find it soon...' 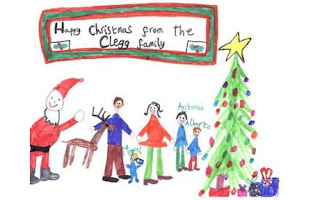 Liberal Democrat Cleggy Christmas card...cute and festive if more than a little cheesy, having shamelessly exploited their own child to design it. 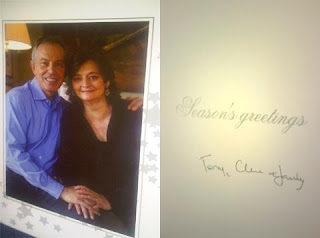 Tony and Cherie Blair's card...So scandalously narcisstic, they can't even bring themselves to say 'Merry Christmas' nor bear for their divine image not to be replaced, just for one day, by that of the Holy Family. Worthy only of burning. The only Christmas card that makes you want to punch strangers while saying, "Someone will answer for this atrocity!".

Speaker John Bercow card...Festive family based japes and laughs, but where's the holly? Also I hope you've all got CRB checks, including you children. Get their DNAs and put them onto the database, just in case, because they might just have the gene that makes you a criminal type. 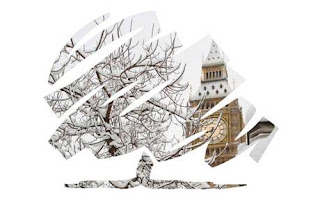 The Conservative's David Cameron Christmas card...Outrageously bland and meaningless, unless Cameron is saying that Parliament is appears to be less corrupt when it is covered in snow. Impressive only in as much as it reflects the strength of personality of the leader perfectly.
at December 20, 2009

Please tell me this is a joke!
On second thoughts maybe it isn't. The Blair one is spot on, just what you would expect!

maybe Gordon Brown's card is saying "here I am, hanging by a thread, seeing red, surrounded by dangerous green pr*cks !" ?

And where is the generosity of the Christmas spirit in your mean-spirited and spiteful observations?

Bah...I know you agree with me really.

Have a happy and blessed Christmas!

That's what a real Christmas card looks like (if you ignore the title)!