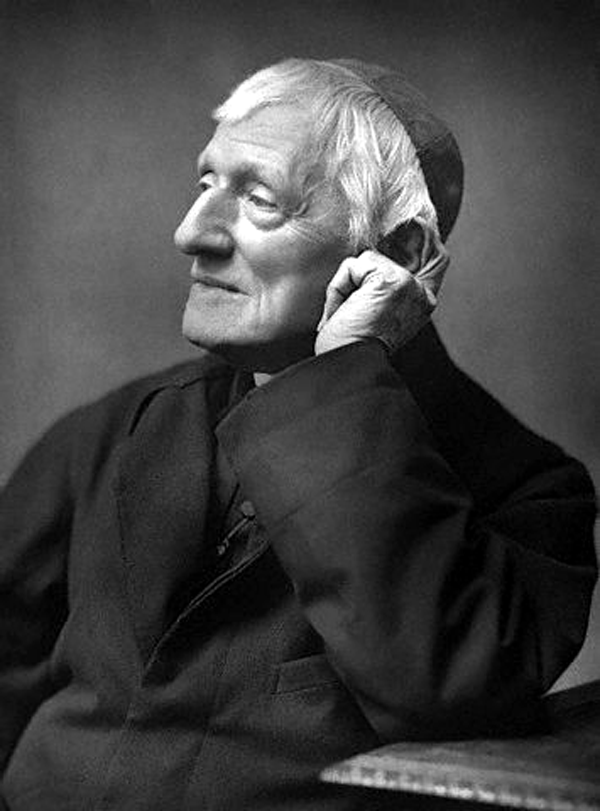 Cardinal John Henry Newman is to be beatified when the Holy Father visits in September. Cardinal Newman was famous for having said, "I love the Traditional Latin Mass. I hope it never gets abrogated either formally or informally...It was Tradition that brought me to the Faith, you know..."

The Fathers and many friends of the English Oratories are delighted by the official announcement that our Holy Father Pope Benedict XVI will beatify our founder, the Venerable John Henry Newman, in the Archdiocese of Birmingham during his visit to Britain in September. Newman made his home in the Archdiocese for all his adult life, first in Oxford, where he lived as an Anglican and was received into the Catholic Church, and later in Birmingham itself where he founded and worked in the Birmingham Oratory for over forty years.

The Holy Father's life-long devotion to Newman has made a profound contribution to understanding the depth and significance of our founder's legacy. His decision to beatify Newman in person confers a unique blessing upon the English Oratories and all who have drawn inspiration from Newman's life and work.

We joyfully look forward to welcoming the Holy Father, as well as the many pilgrims and visitors who will come to the Beatification ceremony and visit Newman's shrine at the Birmingham Oratory.

We also look forward to the challenging work of preparing for the Beatification in conjunction with Church and civil authorities. We pray that the Beatification will fittingly reflect both Newman's significance for the Universal Church and the honour paid to our Archdiocese and our country by the Holy Father's presence among us.

It's not everyday (actually its never happened before) that I get handed a Press Release, so this is indeed a double celebration. There we have it. That The Bones You Have Crushed May Thrill (sponsored by Lipton Tea)...First with breaking Catholic news...Everytime...24 Hours a Day...
at March 16, 2010