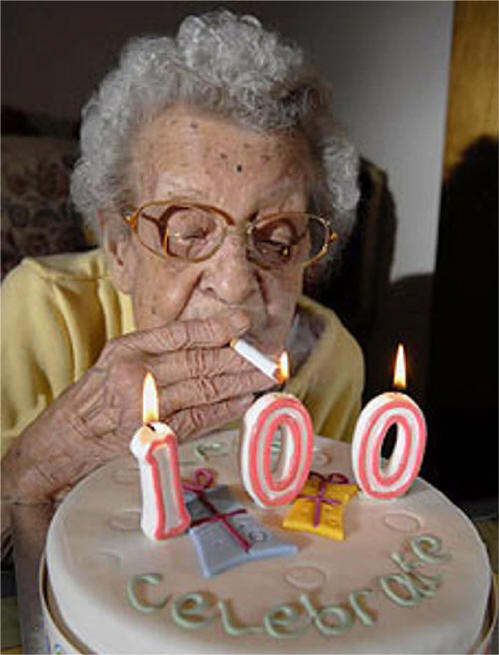 "Happy Birthday, Nan! By the way, I'm just popping out for five minutes. If you smell gas, ignore it. Its only the workmen down the road working on some dodgy piping..."

According to the BBC, new 'guidelines' on assisted suicide law will be published by the Director of Public Prosecutions this week to clarify when people are likely to be prosecuted.

'Guidelines'? "Want to kill your granny and get the inheritance? Get yourself a copy of our new 12-step guide! We'll tell you how to knock off the old dear and do it in such a way as to avoid prosecution!"

According to the BBC...

Keir Starmer QC told the BBC factors that would be considered included
whether anyone helping in the suicide stood to gain financially. He said
assisted suicide would remain an offence as the law was unchanged.

Labour minister Ed Balls said he hoped Mr Starmer would "err on the side
of being very, very cautious".'

So let's recap then. The Director of Public Prosecutions is going to suggest that if you want to assist someones suicide, do it, but do it very, very cautiously, as quiet as a mouse and you'll get away with it.

If you do not do it with a profound sense of caution then you might get prosecuted...but probably not. So, in conclusion then, you almost certainly won't get prosecuted, unless you've "manipulated" someone into a suicide in a wicked manner.

But then, let's just think about it, the only truly credible witness to the "manipulation" is probably dead either having put a bag over her head because she felt like it, having had a bag put over her head by you after you've convinced her it was about time she took a sharp turn to the exit marked 'Death', or even because you put a bag over her head and you know there are no witnesses and this will look unmistakenly like a suicide, or even an 'assisted suicide'.

Cracking stuff. The idea that this 'decriminalisation' is not wide open to gross and grave abuse is as laughable as the idea that Peter Mandelson isn't harbouring a deep and burning desire to become next Prime Minister of the United Kingdom and Dark Lord of the Whole Universe simultaeneously. People love grannies. People love grannies with money. People love money. People love their granny's money. Safeguards, they say!? What safeguards! The only truly credible eyewitness is dead, having conveniently left her inheritence to her doting son/daughter! You don't have to be P.D James to imagine what will take place following decriminalisation!

And by the way Abortion is still against the law except in five circumstances.