Is it OK for gay men to joke about lesbians? 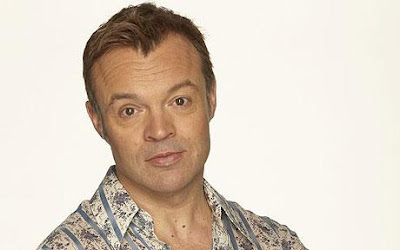 Following a joke made by the chat show host Graham Norton, the BBC has today ran a piece asking the question, "Is it okay for gay men to joke about lesbians?" I'm not a big fan of Graham as his humour is mostly so vulgar it isn't funny. However, the day Britain loses its sense of humour entirely is a sad day. Nowadays, the question, 'Is it okay to say...' is based upon whether someone might get upset or offended. Yet, that means nobody can say anything which might upset or offend anyone. So, what is the big deal?

As Catholics we are offered no protection against offensive jokes, gestures or words towards some of the dearest things we hold as holy. Furthermore, if Catholics were so easily offended and upset, nobody would go to Mass to hear the words of the Gospel which, so often can be a source of discomfort, especially when we are not living as we should. What could be more offensive to those of us who live worldly lives than the words of Our Lord Jesus Christ. Maybe that is what makes us more tolerant than liberals. We don't mind being in the wrong.

An old cowboy dressed to kill with a cowboy shirt, hat, jeans, spurs, and chaps went to a bar and ordered a drink. As he sat sipping his whiskey, a young lady sat down next to him. After she ordered her drink, she turned to the cowboy and asked him, "Are you a real cowboy?" To which he replied, "Well, I have spent my whole life on the ranch, herding cows, breaking horses, mending fences. I guess I am."

After a short while, he asked her what she was. She replied, "I am a lesbian. I spend my whole day thinking about women. As soon as I get up in the morning I think of women, when I eat, shower, watch TV, everything seems to make me think of women."

A short while later she left and the cowboy ordered another drink. A couple sat down next to him and asked, "Are you a real cowboy?" To which he replied, "I always thought I was, but I just found out that I'm a lesbian."

That joke is so old, Lawrence. In the version I heard it was an Irishman, not a cowboy, which, I suppose, makes it doubly offensive.