US administration wants pro-abortion Catholic (??!!), Caroline Kennedy as US Ambassador to the Holy See. What a surprise! Rome is not amused and quite right too. It's quite astounding, really. Obama seems to have some Catholics eating out of his hand, even though he's so blatantly at odds with the Catholic Faith. Bizarre.

Vatican sources told Il Giornale that their support for abortion disqualified Ms Kennedy and other Roman Catholics President Barack Obama had been seeking to appoint.

Mr Obama was reportedly seeking to reward John F Kennedy's daughter, who publicly gave her support to his election bid. She had been poised to replace Hillary Clinton as New York senator, but dropped out amid criticism that she lacked enough experience for the job.

The Italian paper said that the Vatican strongly disapproved of Mr Obama's support for abortion and stem cell research. The impasse over the ambassadorial appointment threatens to cloud his meeting with the Pope during a G8 summit in Itay in July.

Meanwhile, the Easter celebrations kicked off at the White House. 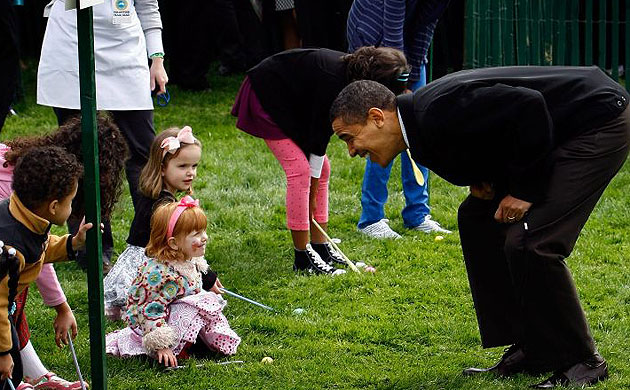 In the furore around the nomination of a new American Ambassador to the Holy See, whatever happened to Professor Douglas Kmiec?

When that traditional Catholic and conservative constitutional scholar endorsed Obama, he was widely held to have done so in search of this Ambassadorship.

And why not? Someone has to be the American Ambassador to the Holy See. Sooner him than, for example, Caroline Schlossberg.