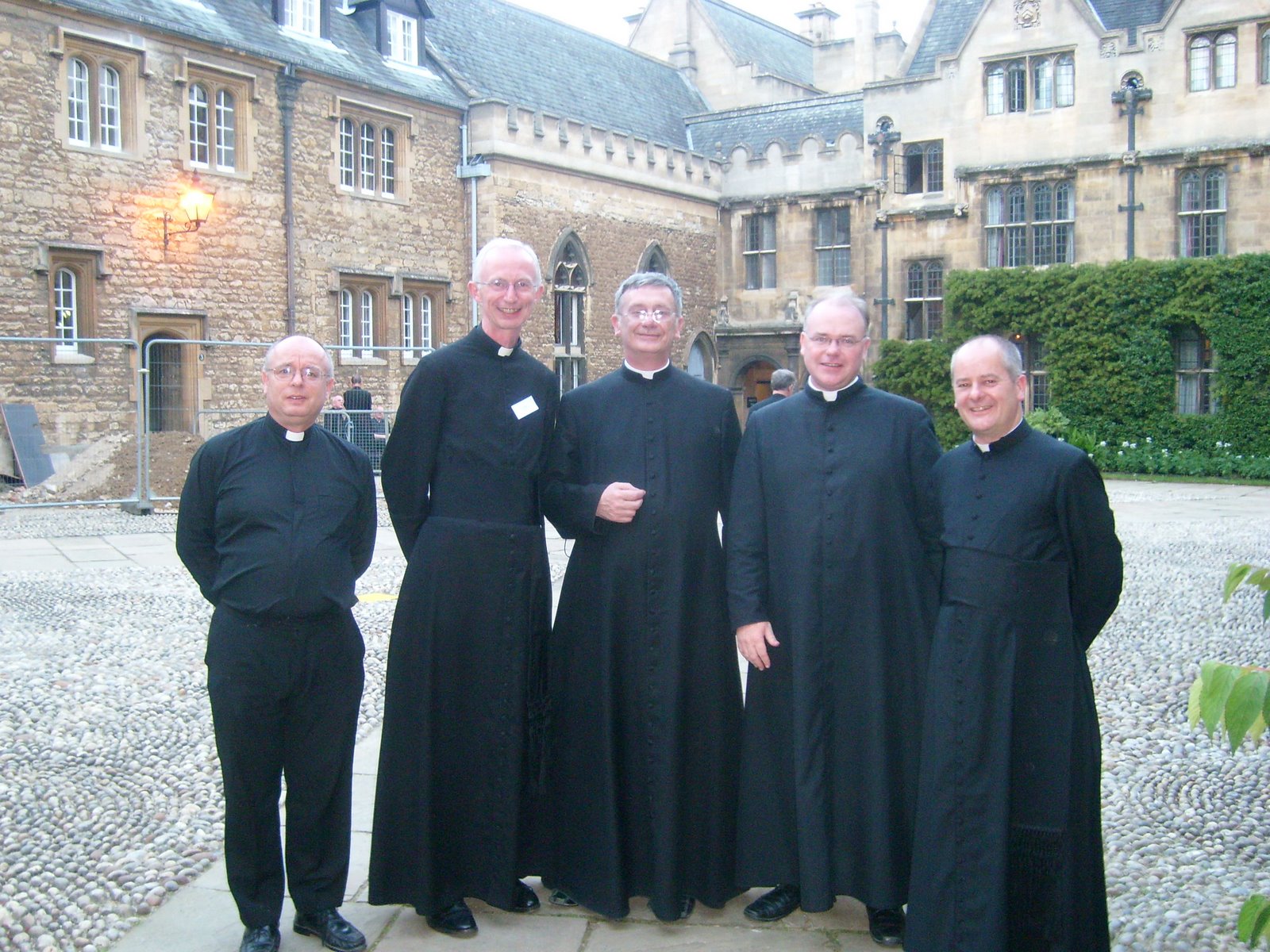 Holy Warrior Priests and Loyal Sons of the Church, unafraid to preach the Gospel without having to apologise for it!

The Tablet this week runs a comment by one Robert Mickens bemoaning blogging priests, doing a, '...wouldn't this money have been better given to the poor?' parody of what Priests should be doing other than proclaiming the Gospel in deed, in spirit, in truth and in word, including the written word!

Lay Catho-bloggers like me obsessively spend hours in front of the computer literally waiting for comments like dogs waiting faithfully for their owners to return home after work. Priests, on the other hand, who blog, are a lot more temperate and prudent with their blogging and do not neglect their pastoral duties for the sake of the blog. I know because when I work at the office at St Mary Magdalen's and when I'm not bumming around on my own blog, doing the accounts, my parish priest more regularly than not goes out to visit the sick, dying or isolated parishioners of St Mary Magdalen.

Fr Tim Finegan of Our Lady of the Rosary, Blackfen, came in for a tabl-attack recently for doing the will of the Holy Father and making Mass in the Extraordinary Form more available. His reputation as a priest was put through the journalistic ringer by Elena Curti and her bitter ilk, angered that a priest should have the nerve to follow his conscience, while crowds of priests around him abuse the liturgy uncensored week-in, week-out.

Fr Ray Blake has on his blog publicly made it clear that The Tablet will not be sold in the parish of St Mary Magdalen's again primarily because it no longer defends the Catholic Faith and in objection to the fact the magazine should so brazenly attack a fellow priest for reacting positively to Summorum Pontificum.

Fr Sean Finnegan's blog is not updated constantly or daily, but we're very glad when he and all the priestly bloggers post insights into parish life or important issues of the day. We lay Catholics love to read our priest's blogs because they give us insights into the Faith. Who knows? Maybe even our priests blogs help to guide us laity gently into the straight and narrow path and gently help to lead us away from mortal sin...

We lay Catholics are inspired and delighted by the journalistic work of several priests, raising awareness of Catholic spirituality, news on the liturgy and announcements from the Vatican and all things Catholic. Heck...maybe if the Tablet was a decent read and actually preached the Gospel of Christ, was faithful to Sacred Tradition and was reverent towards the Successor of St Peter, there wouldn't be a need for blogging priests! Given that The Tablet does none of these things, it's lucky we have priests who actually care about the Church!

The fact that Robert Mickens has written this article means that it's official: The Tablet editorship don't like it up 'em! New kids are on the block and they don't like it!

I mean, seriously, The Tablet journos would probably have approached St Thomas Aquinas and said, "These books you are writing on the Faith, it's all very well, Thomas, but really you should be spending most of your time with prisoners and tramps, not sitting there with parchment and pen, inspired by the Holy Spirit, writing works that will convert and catechise hundreds of thousands of souls, nay millions of souls and rightfully fulfilling your vocation until the end, gaining the holy crown of becoming a Doctor of the Church."

It is not the fact that priests are blogging that upsets The Tablet: It is what the priests are saying that is upsetting them. The Tablet would rather that the 'liberal' voice was the only voice heard, and that the 'voices crying out in the wilderness' were banished into exile forever. Never! The Voices in the Wilderness will never be drowned out no matter how many 'Tablets' you give our priestly bloggers!
at April 18, 2009

I would like to say that, although my own Parish Priest is faithful and never neglects his pastoral duties, I find great help, comfort and insight from reading the priestly blogs and, what's more, greatly value the support they give to my faith - in a way my own PP would not have the time or understanding to do.

I do hope they keep up this ministry - for that is what it is.

Must try and find time to put a comment on all such blogs to thank them. Have been remiss in not doing so earlier - thanks Laurence for prompting me.

As a medium for news and current affairs comment, print on paper is dying. The Pill hasn't picked this up. The views of its journalists are worth no more than anyone else's now.

But then the Pill seems to be stuck around 1970 in its attitudes.