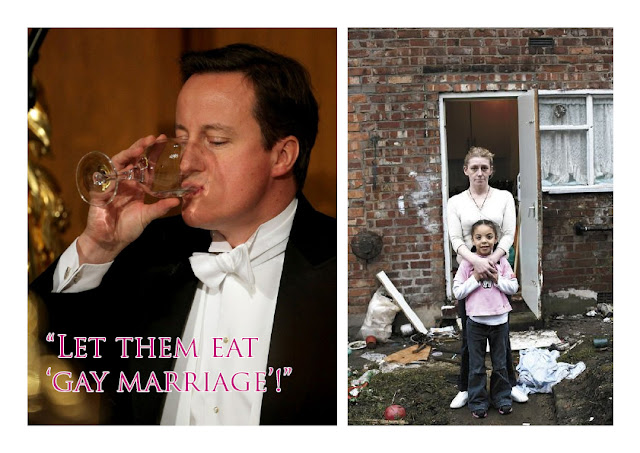 Why this toad gets to pose as a "conservative" I have no idea. I just assume that since too many in that party are backing him, the "conservative" party is now a sham party and is really a "socialists with better table manners than labour" party. Were I British, I'd join UKIP - just to spite Cameron and his ilk.

Not so sure about the 'good manners', Gem. Damian Thompson has recorded a number of shockingly unpleasant incidents involving, not least, our Prime Minister who is said to be openly dismissive and contemptuous of anybody who isn't immediately useful to him.

Many socialists are quite conservative.