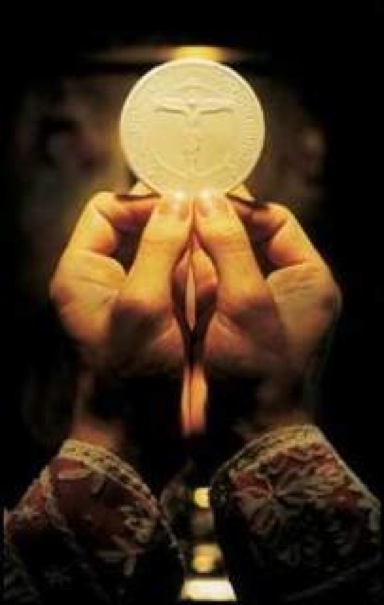 I recently drove a young man to his home town as he makes preparations to join the seminary. He's young, just out of university where he completed a science degree. The first time I met him was at a local Catholic 'youth' group which had generated this year the majority (if not all) of the vocations to the Priesthood in the Diocese (or Deanery, I forget which) this year.

The group of young adults had played a distinct part in his 'coming back' to the Church after a period of lapsation. The group have a meal and a talk, usually on one aspect of the Catechism and is joined to a small lay Benedictine community near the Church.

What struck me about the man, still in his early twenties is how generous he is being to Holy Mother Church. His future having just graduated from university in his branch of science guarantees him a great career, but this field of science moves quickly, so his trying of his vocation to be a priest is really laying everything he has in terms of his future career on the line and giving it all to God. If it were not to be he would have trouble getting back into the field of science he is in because it moves very quickly in this particular branch.

The thing that really impressed me about him was his generosity. He said to me, "I came to realise through that I want to lay down my life and serve God in the Priesthood." What struck me wasn't that he said that he wanted to be a priest, but that he wanted to 'lay down my life' for God. What came afterwards were the words 'in the priesthood', but his words seemed to etch themselves into my being and almost sting a little. Of course, this was unintentional on his part, but obviously the real drama of his decision impacted on me. Call it 'Catholic guilt'  - a mixture of guilt and admiration - if you like but obviously there is something unresolved in me. I also admire his decisiveness - his willingness to make a decision and follow it through - rather than spending years 'discerning'. It is as if he is throwing everything up in the air, giving the Church everything and whatever the Church gives him, is what he will accept. This is brave. It is, in the World's eyes reckless, but it is also generous. I have no doubt the good Lord will reward this young man's generosity in whatever path He desires for him.

The whole Church, every parish church, for its Priests, its children, its 'lungs' in religious and contemplative life and even its buildings - all - relies on the generosity of men and women financially and vocationally - on men and women's generosity to the Church, as they respond to the sublime generosity of our God who gives Himself entirely, holding nothing back, to us.

I really think that, despite what so many say of him, generosity was ultimately the motivation of St Francis of Assisi, after whom our Holy Father takes his name. Generosity led Francis to Christ Crucified, to shunning worldly riches, to lepers and to wed holy poverty - not the love of poverty for its own sake or these things or even people for their own sakes. Generosity is the manifestation of love and is really, or should be, the visible fruit of Faith.

Say a prayer for him, pray for his vocation, for holy priests and for holier Bishops.
at June 17, 2013

There is nothing more beautiful as when a young man decides to lay down his life in service to God!

Inspiring. Yes, this is a vital prayer.

That is good news.

And now for the bad news - Lourdes is flooded again today with the Grotto under water and closed to all and the waters still rising.