BBC Reports on the Health Risks of the Gay Lifestyle 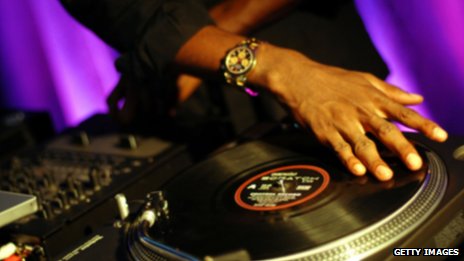 'Gay and bi-sexual men are being offered HIV tests at selected venues in Brighton and Hove.

Outreach workers from the Terrence Higgins Trust are taking mouth swabs at bars, clubs, and saunas in the city, which has the highest rate of HIV infection in the UK outside London.

An estimated quarter of infected men in Brighton do not know they have the virus, mirroring UK-wide statistics. People who take part in the tests will get their results within a week. The outreach workers are also targeting men who have sex with men, but do not identify themselves as gay or bisexual.

The University of Brighton is leading the project, called Sialon II, in the UK. The aim is to gather new data on risk patterns, prevention needs, and the local prevalence of HIV. The project, which it is hoped could shape future HIV prevention work in Brighton and Hove, is being co-funded by Health Programme of the European Union, in collaboration with the World Health Organisation.'

How tragic and profoundly sad, but it is good to see the BBC being honest about the sad reality of the gay lifestyle instead of glamourising it as they usually do. I would have thought the liberal BBC would be in uproar that Terrence Higgins were targeting gay men in gay bars for such tests since surely this is discriminatory and plays into unfair stereotypes of the gay community.

Whether these statistics have a bearing on the whole blood donation issue is another matter. Pray for a friend of mine who has just been diagnosed with HIV. He does not understand how he got it, since it has been nine years since he shared a needle and hasn't had sex with anyone for as long. He is confused as to how he has contracted the virus.
at June 01, 2013

Laurence the Brighton hiv rate is higher than London's.

b] gay men are actually shown how to use a condom -

When Archbishop Tartaglia questioned whether or not the homosexual lifestyle was inherently unhealthy, he was soundly rounded upon and branded a bigoted homophobe.

When the BBC and other right-on organisations do so, they're being kind and inclusive, just looking out for the little man.

It's this sort of hypocrisy that exposes the totalitarian hold the left has over cultural and political discourse in this country. It really isn't going too far to say that we now live in a police state that uses the full force of the law to punish and silence those deemed not sufficiently 'with the program'. Frightening.

I have been informed (but have no evidence) that rectal cancer is also a massive homosexual health issue; one that is not mentioned by anyone.

I am sorry to say the comment by 'on the side of angels' is totally wrong and informed. SIALON is an epidemiological study of HIV 1/2. Please see www.sialon.eu before posting such ridiculous comments