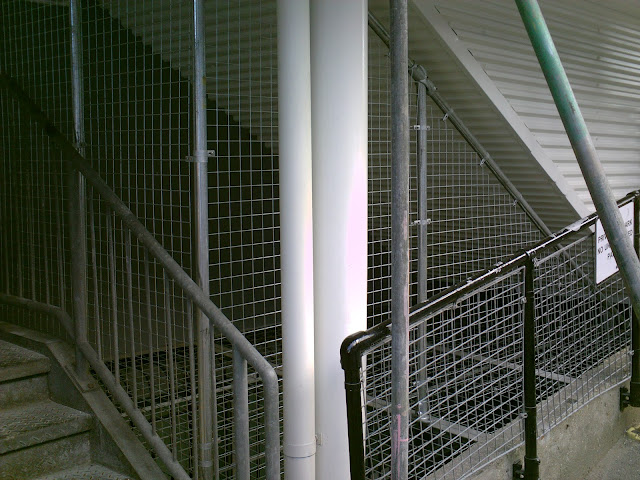 For quite a long time, I used to see a young man from our soup run sleeping at the back of the Church of Christ the King (CCK). In an alcove, he placed some cardboard boxes and would sleep there at night. I wondered to myself whether the regulars at CCK responded to him with Christian charity and love.

Then, a week or two ago, I noticed something incredibly strange. A wired, metal, grill had been erected where he once slept. It appears that this is how seriously CCK, who feed the homeless on Monday evenings, actually take the Gospel, when it comes to actually 'dealing with Lazarus'. I know that the Church of Christ the King, the evangelical Protestant community, take 'converting' people very seriously. I know how dedicated to the Bible they are. I also know that the church, undergoing some exterior work in the daytime, has a lot more money than most churches in the area could dream of. I'm just wondering whether they've read the parable of the rich man and Lazarus. Maybe its another area in which Protestant Evangelicals believe that Our Lord was only speaking metaphorically or 'symbolically'. This picture, to me, speaks volumes!
at February 10, 2012

Email ThisBlogThis!Share to TwitterShare to FacebookShare to Pinterest
Labels: CCK, Church of Christ the King

I had a moment of paranoid panic when I saw the title of this post!