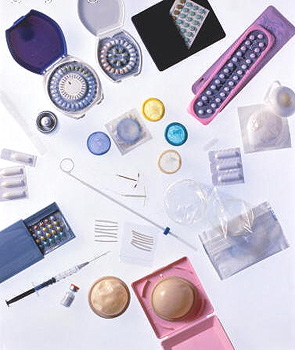 First things first. A reader alerted me to a Telegraph article about the fact that the state of Texas is to 'enforce a law requiring abortion doctors to show a woman an ultrasound of her foetus before allowing her to go ahead with the operation'.

In the article is a voting poll on the issue of requiring women to see an ultrasound of their growing baby before going ahead with any decision to 'get rid' of the baby.

Vote in the poll and boost those 'Yes' votes, because it appears that most Telegraph readers believe that for a woman to see the ultrasound scan of the foetus as part of their termination preparations would just make the clinical 'health procedure' more 'difficult' and 'emotional'. What silly creatures we are, thinking that emotions might get in the way of the decision over whether to kill an unborn baby or not! Blasted emotions! Irritating conscience! Why let conscience get in the way of any decision, eh? That's certainly what the President thinks, clearly! And 'Catholic' Nancy Pelosi. What a tyranny conscience is! We're so much safer with the State taking greater control over individual and collective human freedom! Let's hear it for the State! Down with conscience! Up with the State because only a gigantic leviathan of a State can possibly release us from the bondage of the sacred conscience given to every human being by Almighty God Himself!

And staying in the US, news has come through that a high-ranking official of the breast cancer charity, Susan G. Komen for the Cure, has resigned in the wake of the decision to reverse a previous decision to stop funding international corporate abortion giants, Planned Parenthood. The resignation again throws the spotlight on the sinister relationship between Planned Parenthood, President Obama and the latter's sudden and violent attack on religious liberty, conscience and the Catholic Church. For a 'man of peace' Obama is turning out to be something of a war president after all. First, Obama declared war on the unborn child, more or less with the first stroke of his presidential pen, in signing an executive order rewarding Planned Parenthood for their having funded his election campaign. Then, he launched war on Libya, in the name of 'human rights' of course. Now, he's opening a new front on the Catholic Church and conscience itself.  Liberals come across so peaceful but war is in their hearts. Oh, and that which he promised to do, of course, remains undone.

Guantanamo Bay, for instance, remains open for business. Is that where people who don't conform to the HHS mandate go? Let's not rule it out, because usually when ideologues start taking on the Catholic Church (and the unborn child), all concept of liberty becomes very shaky, very quickly. For historical references, see Stalinism.  ABC News reports that...

Meanwhile, here in the United Kingdom, we have Southampton and NHS Trusts doing their level best to combat teenage pregnancy by offering school children as young as 13 contraceptive implants. Apparently, all a 13-year-old has to say is 'me and my boyfriend feel like having sex' and the girl gets the implant inserted under her skin with no questions asked.

Of course, the fact that the legal age of consent in this country is 16 is neither here nor there. It's neither here nor there that child abuse could be taking place in families (it is after all the most common place for abuse - not your local Catholic Church) and that children are given these implants and contraceptives with no questions asked. Neither here nor there, seemingly also, is the fact that parents aren't notified that their children have accepted contraceptive medical treatments without their consent, but hey, as America is learning, the State in the West isn't just 'nanny' now. It's mummy and daddy too. You can't force a woman to see the ultrasound of her baby before making timelines for termination because it might prick her conscience too much. But you can force an entire Catholic community in your country to go against their consciences in order to dish out those 'medical treatments' that won't just inhibit fertilisation, but destroy human embryos. Go, Rick, Go and send this President of the United States of America back to whatever Chicago cesspool from whence he emerged! Yee-hah! You have my prayers!
at February 09, 2012