God in the Dock: Only in America! 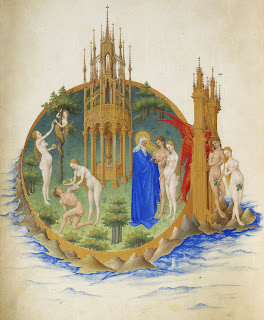 Hilarious news story below. Err...I thought it was we who had to answer to the Lord, not the other way round! Click here for the article.

A US judge has thrown out a case against God, ruling that because the defendant has no address, legal papers cannot be served. (LMAO)

The suit against God was launched by Nebraska state senator Ernie Chambers, who said he might appeal the ruling.

He sought a permanent injunction to prevent the "death, destruction and terrorisation" caused by God.

Judge Marlon Polk said in his ruling that a plaintiff must have access to the defendant for a case to proceed.

"Given that this court finds that there can never be service effectuated on the named defendant this action will be dismissed with prejudice," Judge Polk wrote in his ruling.

Mr Chambers cannot refile the suit but may appeal.

Mr Chambers sued God last year. He said God had threatened him and the people of Nebraska and had inflicted "widespread death, destruction and terrorisation of millions upon millions of the Earth's inhabitants".

He said he would carefully consider Judge Polk's ruling before deciding whether to appeal.

The court, Mr Chambers said, had acknowledged the existence of God and "a consequence of that acknowledgement is a recognition of God's omniscience".

"Since God knows everything," he reasoned, "God has notice of this lawsuit."

Mr Chambers, a state senator for 38 years, said he filed the suit to make the point that "anyone can sue anyone else, even God".