Governments Should Not Listen to Nihilistic Artists 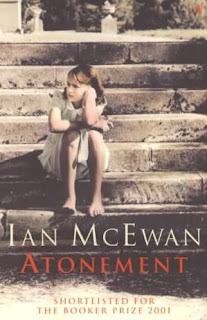 Writers are a funny bunch, as are many artists. Often tortured, depressive, nihilistic, egotistical, self-absorbed, jaded creatures, writers channel their frustrations with life, love, redemption, sex and death into their literature with cathartic success, in the process winning public acclaim and admiration. Some of their books are even readable.

However, that does not mean that these poor, sad, lonely, misanthropic, self-loathing depressives should be listened to at Government level. Were they listened to, they would spread their nihilism everywhere.

Whether it is Stephen Fry, Richard Dawkins, David Attenborough, Terry Pratchett  or Ian McEwan, being a 'celebrity' or an 'artist' shouldn't entitle your opinion to be given a special hearing in the corridors of power. Politicians would do well to remember just how ghastly many of our greatest artists have been as human beings, especially of late, before listening to their opinions on something as vital as assisted suicide and euthanasia. Politicians should never listen to these poor creatures...unless, of course, they are Catholics and air not their personal view, but that of an authority far greater than themselves, from which they draw moral strength. There is more wisdom in the mind of the average tramp or bag lady than there is in any of these intellectuals and the whole of the 'celebrati' put together. Most of these 'artists' and 'celebrities' are sociopaths and misanthropes.

What I find really interesting is what these atheists do with their money when they're rich. Right now Ian McEwan is patron of Dignity in Dying. That means, I guess, that he is funding the campaign to legalise assisted suicide and voluntary euthanasia. Interesting choice of what to do with your cash, Ian. How about throwing some money at the living, those living on the breadline, giving shelter to those with none, instead of spreading death around you like some new and horrifying strain of virulent flu? Unlikely. For all his pretention of 'humanity' the modern writer can rarely see beyond himself.
at February 12, 2011