How to Bring Back Lapsed Catholics and Watch them Walk Away 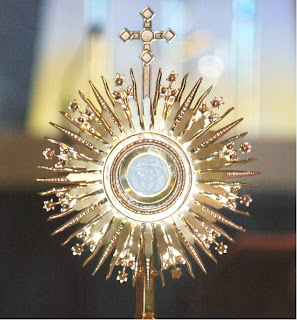 God never gives up on us. God's love is faithful, patient and unfailing, but we can turn our backs on Him if we choose.  We pray that we shall not do that as we draw our last breath and I certainly pray that nobody I know, including me, chooses to reject God entirely.

I was just thinking about a friend of mine who I met in a bar now a couple of years ago. He is ill and stays in a lot now, alcoholic, suffering in his limbs, kidneys and presumably liver as well.

He gave up the Faith years and years ago. So did his mother who divorced. He himself is divorced. He never sees his son.

He has come to Mass a couple of times but says of himself that he is 'not worthy'. I've explained that none of us are 'worthy' but that God Himself, God alone can make us fit for receiving Him through Confession. He seems strange in as much as he seems to believe in the Church and God. In that sense he is not an atheist. He believes in the Real Presence.

I have given him a Rosary. We have had discussions, many discussions about the Faith. Once I brought him to Adoration of the Blessed Sacrament. He began to swear. I had to walk him outside because people were trying to pray. He began shouting at me in the porch of the Church saying, "Why have you brought me here!? I know what you're trying to do!" He began swearing and told me to "F____ off!" as he walked down the street.

I don't know what happened interiorly to him that evening, it is between him and God. As we walked up to Church that evening, I even remember thinking, 'Should I ask him whether he is ready to meet his Maker?' Perhaps I shouldn't have invited him because when we take someone to Benediction we really are leading them straight to God. Looking back, whatever was going on within him, his behaviour, wild and concerning though it was, illustrates to us that the Blessed Sacrament is real and that the Lord Jesus's Presence is Real. It isn't bread we are adoring, it is Jesus Christ Himself. If it were just bread, he wouldn't have reacted so violently to it.

I've consistently invited him to Church but he always says, "No." For his birthday I gave him a statue of St Francis of Assisi because he is born on the 4th October, which is the Feast of St Francis. When I went to visit him I asked him where the statue was and he said it was in a drawer. When I asked him what it was doing in a drawer he replied that the statue was freaking him out because it kept on "looking at me" and "making me feel guilty".

Of course, this man is still my brother because he is a baptised Catholic. His mother is still my sister even though she gave up the Faith in the 1960s and 70s. I visit him once every week or two, three weeks and he only lives around the corner, but there is this real sense that I cannot force the Faith on someone who might even believe that it is 100% true, but for one reason or another is rejecting God's love, mercy and Salvation.

The Catholic identity is in his blood, but so is hepatitis. I hope and fervently pray that even if he never goes to Church again that he will obtain a happy death. I hope I obtain a happy death as well, obviously, for it is one thing we cannot take for granted. The fact that two generations of Catholics have given up on the Faith is terribly sad. I wonder why that happened and I wonder why they feel they cannot come back or do not want to.

They are two of the five million Catholics who are lapsed and they'll remain anonymous, but it is two generations, three even, because there is no way that his son will be raised Catholic that have abandoned Holy Mother Church. How is the Bishops Conference initiative, 'Crossing the Threshold', going to reach them because, ultimately, as I have to acknowledge, you can take a horse to water, but you cannot make it drink. It is between them and God. His mother offered me a ham sandwich on a Friday recently and I politely replied that the Bishops have asked us to abstain from meat on Fridays so she very kindly made me a cheese one instead, but I thoroughly believe that if I were so bold as to ask her round for a prayer meeting or to Mass, she'd flatly and politely refuse.

I am quite sure that this is not a rare story. The Catholic Faith has been decimated since the 1960s on the ground and I don't think our Bishops really understand the full implications of that - what that means in terms of devastated lives, families, relationships and injury, perhaps, for some, mortal injury, to Souls. I recently read something from the Diocese that appeared to be championning the "growth" that we have seen since the Second Vatican Council. What planet are the Bishops on!? What "growth"!? The only growth that has emerged in the Church in England and Wales is a growth of heresy, liberalism, terrible vestments, irreverent liturgy and above all, lapsation! Heck! Here's an idea: what with 2/3 of all UK Catholics not going to Mass anyway, why not consider implementing Summorum Pontificum and just go with the flow because let's face it, with rates of lapsation as they are, they've little to lose but face. Perhaps that is the problem. Our Bishops only ever meet Catholics who do go to Mass and it can appear that the Church is flourishing, but, meanwhile, back in the real world, it is a different story.

Still, the next time his mother asks me if I want a sandwich, I can tell her that the Bishops have asked us to invite non-Churchgoing Catholics to Church.
at November 15, 2011

Perhaps Mass , Benediction ,prayer in a house group is a step too far at the present time for this man. Prayer for him - the Rosary definitely - and two sacraments of healing. This man needs confession ( reconciliation ) and annointing of the sick.

I agree with Lindi - Reconciliation I think would be wonderful for this man. He seems to feel unworthy: he may feel his burden of illness indicates a punishment of some sort. I have a close relative who is "lapsed". They will go to mass sometimes now, but almost out of superstition; and sometimes to see what I'm making a fuss about. I know they're "indignant" towards faith and God even - they haven't got all the things they asked Him for. I've tried explaining that isn't the essence and joy of faith. I think Reconciliation would cleanse them of this chip on their shoulder and any perceived grudge or "anti" they feel. But the more I try to lead them there, the quicker they walk away. So I pray they can find their own path there, although it's painful to watch.

Can you get hold of a copy of "The Screwtape Letters" for him ? (CS Lewis). It enables someone in his position to realise how the demonic gets between oneself and God. Not Catholic - but not anti either(unlike Screwtape proposes a toast).

Also, as you seem to have a fair few practising alcoholics who inspire your compassion, why not go along to Alanon, and find out how to be helpful to them in unexpected ways. It is open to friends as well as families. (Sorry if I am preaching to the converted).

I wonder if a better evangelisation initiative would be one that would start with our own hearts, with prayer fasting and almsgiving. You're dead right about being unable to make them drink and that being up to God - really makes you think that it's pointless trying without penance and asceticism to implore the mercy of God on our apostate nation......

Says the man in a soft dressing gown, doing work on a mac having just eaten a yoghurt. Miserere mei, Deus.

Yes, if we are looking around for people to convert we have to start with ourselves, but we are called to tell others of the good news of salvation too. Fine balance, isn't it?

I just wanted to say how impressed I am with your position, and the tone of your post, specifically the fact that you agnowledged this man's negative outburst at adoration as a part of his own internal process, and not an attack on your own faith. I have rarely seen any person of an 'Abrahamic' branch of faith react with such patience and understanding. You have given me hope that perhaps there are still some religious folks who are also intelligent people. Thanks.