Don't Cry for Me, Argentina... 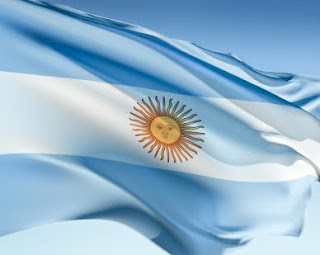 In the increasingly heated battle between the liberalism of the secular world and the Catholic Church, the culture of death has claimed an unlikely and surprising victim.

Now that Europe has largely thrown in the towel in defending Christianity, it looks very much as if Latin America, yes even Latin America, is going to fall, with Argentina the first country to cave in and 'legalise gay marriage'.

Both Europe and Latin America has been given so much, especially by Our Blessed Lady down the ages. How terribly, terribly sad that nations so highly favoured should reject Heaven's Messengers and embrace new ideas about love and marriage which run totally contrary to the Gospel!
at July 15, 2010

''the culture of death has claimed an unlikely and surprising victim''

in what way does gay marriage contribute to the so-called 'culture of death'?

Because its a re-modelling of the family and of marriage. It is sterile.