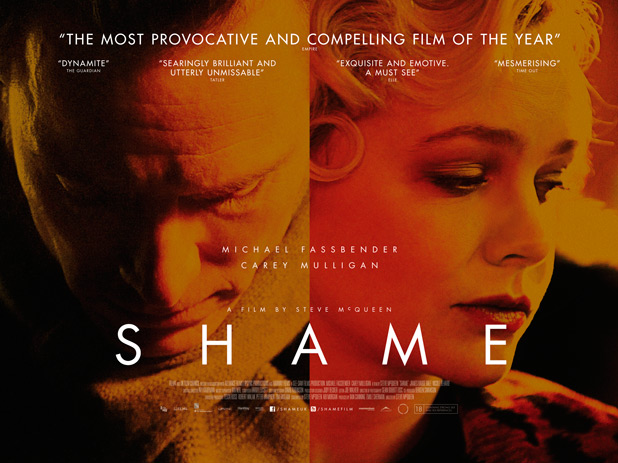 I enjoy reading Brendan O'Neill's often cynical but frequently 'on the mark' assessments of the modern liberal agenda.

This week he posted on the new movie 'Shame' which depicts the issue of sex addiction. O'Neill, who was apparently raised Catholic, is rather scathing in his piece on 'sex addicts' desire for sympathy and understanding and especially in their seeking help from psychotherapy for their condition. Really, for some modern day addictions, psychotherapists have becomes secular replacements for Priests.

I must say that there is a certain lack of compassion in O'Neill's piece, but he is right to point out that the liberal cause enjoys creating new language for the brokenness of the human condition which was and is still (and will be until the Lord's return) the natural territory of the Church. So he says that good old fashioned lust has been transformed into 'sex addiction'. Good old fashioned gluttony has been transformed into food addiction. Presumably good old fashioned avarice is 'money addiction' unless we're talking about bankers and suddenly people can be seen as greedy gits and all our wrath can be focused on one group of terrible sinners.

What O'Neill doesn't point to is any kind of remedy for our fragile fallen human nature. It's either 'pull your socks up' or 'stay in the gutter' and accept it. He dismisses psychotherapy as pointless and pathetic, describing sex addicts as 'losers'.  Well, we know how much God loves a loser, as well as a trier.

Few sinners and few Saints would deny that our sins, the cause of so much of our grief to ourselves and others, are, by their very nature addictive. It is in our nature to pull the juicy fruit from the tree and 'once you pop, you can't stop'. Even some murderers become addicted to murder - hence the serial killer. The Church is the expert of the human condition, however, not Freud. Confessors know only too well the rich tapestry of human sins and foibles; strange sins, small sins, huge sins and Christ is present in the Priest who absolves us and removes our faults as far 'as the East is from the West'. The remedy the Church has always preached is Confession, the Holy Eucharist, penance, prayer, fasting and almsgiving.

Some would say, 'Why bother going to Confession with the same old list?' or 'Confession is a cop out to allow people to keep carrying on with their vices'. The last one is a regular criticism aimed by non-Catholics or the lapsed at those practising the Faith, struggling to overcome our sins and falling from the State of Grace. I haven't seen the film 'Shame' and I doubt I will see it, but even those with a liberal mindset would perhaps agree that what is lacking most in such portrayals is the sense of redemption - or a positive outcome. Liberals can call sin what they like, but ultimately to deny its existence is to deny the flip side of the fall and the loss of our innocence and purity - the saving work of the Most Holy Redeemer and a Love that won't let go of us even as we draw our dying breath. The destruction that our vices and sins cause are pretty much solid Hollywood fodder, but what is lacking is redemption. Perhaps someone will correct me, but we haven't really had much redemption in modern culture since Graham Greene died.

Again, there is this sense that the liberal agenda likes to pretend that we've 'moved on' from sin and the language of sin. When sin rears its head, it has to be given a different name, lest it be recognised for what it is. The tragedy of liberalism is not merely the overlooking of sin or merely calling it something else. That is tragic, of course, for modern man, but what is more tragic is that for modern man caught in so many snares and entanglements, the only option appears to be therapy. It means that overcoming personal addiction is something that can only be achieved through personal effort - 'working on yourself'. How joyless that must be! Not only is such an attitude to sin doomed to failure, because we are helpless without God's grace, but it means that what people really want in their heart of hearts in terms of redemption, forgiveness, healing and to know that, despite our weaknesses, we are loved by God, will for some never be known.

While liberals would contest that we have moved on from the old-fashioned language of sin, that sin is an 'irrelevance' it is an ever-present reality that we have not 'moved on' from sin itself. Therapy for sex addiction aptly exposes the hypocrisy of the liberal position on sexual activity. This is what we're teaching children in schools. The message is that all kinds of sexual activity with whoever is fun and recreational, until you're addicted to promiscuous sex, up the duff at 14, suffering some STI, being marched down to an abortion clinic or you're a bit older, cruising the gay scene and contract HPV or HIV.

Furthermore, recourse to therapy for 'sex addiction' is not something that would be necessarily widely promoted in society since society promotes promiscuity. It is something that people do when they have realised that actually their sin is a really big problem, that they realise that they are enslaved to it and it now dominates their whole lives. There is a sense that someone would only go for therapy for sex addiction once they realise that they make relationships only to break them - that there is a destructive tendency in it that leaves them feeling totally out of control.

A commenter said in a comment on a recent post that I'm only a Catholic because of guilt over my sexual orientation. That would be a vast over-simplication of the story of my soul but it wouldn't be a mere footnote either. The sin that really led me into the Catholic Church was selfishness and the effects of that on me and my relationships with others, but I'd be lying if I said that sexuality played no role. Have I suffered, or do I suffer Catholic guilt over my sexuality? Yes, but what liberals fail to understand is that guilt is actually healthy. You know, it is, after all, a sign that you have a sacred Conscience and it is that which is in some way disturbed by sin. That said, I don't beat myself up about my sexual orientation. I accept that I have an instrinsic moral disorder and feel quite at home in the Catholic Church because it is the place for disordered persons to be, what with some moral disorder or another affecting the lives of every single person on the entire planet. Saying to a man who has same-sex attraction that he's only Catholic because he is attracted to men is like saying an alcoholic is only a Catholic because he's attracted to drink. Of course, we're sinners. We're weak and human.

The one thing that comes across from commenters is that they imagine that we Catholics, whatever our sexuality, are terribly twisted and embittered creatures constantly denying ourselves and becoming miserable and despising others as a result. I think their vision of Catholicism is one steeped in joylessness and self-loathing like Calvinism or something. The opposite is true. We are joyful because we are a people who, though in highly frequent need of God's mercy and forgiveness, are shown God's infinite mercy and forgiveness.

It is in that sense that we are liberated people, far more 'liberated' than those who welcome sin with open arms thinking it will answer our needs, because the power of sin over our lives is frequently broken by God's love and mercy. In that sense we can see the wounds of others and the addictions and vices of others and know of our own need for mercy at the same time so we are set free to love sinners and see sinners as God sees them because we know that God loves us, despite our failings. The psalmist says, 'Blessed are they whose iniquities are forgiven, and whose sins are covered.' We are the 'blessed', a word which also suggests happiness.

There are many Catholics who can say that there is something, some sin that dominates their life but God's mercy reaches down to them and there are Catholics who can say that while they still struggle with their sins generally (that's all of us), God's grace even healed a particular sin that overwhelmed them. Each person's story is different and we all follow a hard road made sweet by the Lord Jesus. The truth is that there is no sin, no vice or presumably addiction that God's grace cannot conquer in this life if we are open to His grace, though quite what the Lord wants to do with my blogging addiction is a mystery. I've a multitude of other addictions, of course. Lent isn't too far away...gulp!
at January 15, 2012

Your critique here is spot on, Laurence!

Do you really believe homosexuality is a sin? Is it not just a quirk of humanity, like being colour blind or being left handed? I would have thought it is the way you behave as a homosexual or a heterosexual that is morally significant.

A very interesting blog, anyway - and could you post details of the refuge for homeless people which is being planned? I have supported St Pats for some time and now it is closing it is good to know that new help will be available.

Regarding the homeless project, if you email me at englandsgardens@googlemail.com I can forward you the details.

Regarding homosexuality. The Church's position is that the condition of homosexuality (the orientation) is 'intrinsically morally disordered', in other words the person is inclined towards an attraction which is by nature 'disordered' in objective terms (because we are meant to be attracted to the opposite sex by nature).

The Church says homosexuals should be treated compassionately and with sensitivity.

I'm a Catholic, so I believe what the Church teaches to be true and from Almighty God.