Advertising works on the central premise that certain techniques employed in the media can persuade you to buy something or influence you to believe that you want something.

So, for example, Lynx are famous for selling their brand of deodorants because men want sex. 'Buy Lynx, get sex!' is the message. 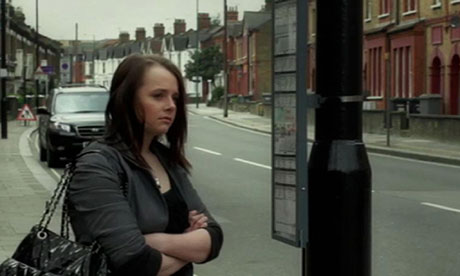 Abortion adverts, on the other hand are trying to persuade the target audience that they do not want something. That 'thing' is, of course, a baby.

Marie Stopes and BPAS are charities, you could object, and so charities do not sell 'products'. No, what charities do is they try to persuade people to give money to help people in need.

Notice that what Marie Stopes and BPAS are doing falls into neither of the above categories. They are neither offering a product because people want it or desire it (it is the baby in their womb they do not want, they do not want the 'product' itself), nor are they asking people to donate to a good cause such as feeding the starving in the Horn of Africa.

You could object, then...

'Well, do not people buy pain relief tablets from companies because they do not want a headache or backache?'

That would be a valid objection except for the fact that these are not charities, they are companies, so Marie Stopes and BPAS should not be given chartitable status on these grounds. Not to mention the fact that those objectors would be giving equivalence to a headache or a backache that the audience do not want and a baby that the audience do not want.

You could then object...

'Well, what about BUPA?'

They offer health cover and none of us want to be unhealthy, we just need health cover. That is true, but then BUPA are a company, not a charity. Secondly, they are selling their product or service because even though none of us want to be unhealthy, BUPA are offering us health cover. We don't want to be unhealthy, but we do want health. It is a positive. It is something we want - health cover. None of this can be said for abortion, since what is not wanted is not health in this instance, but the desire is instead a negative. The desire is: 'I do not want...a baby'. Marie Stopes and BPAS are there to help you not have something - a baby. That said, just because that is the case it does not mean that their advertising will not be effective in terms of generating 'business'. After all, 'business' is what they are interested in.

The objection could then be raised...

'Ah, but I go with BUPA because I do not want this illness, this disease or this cancer.'

Well, BUPA may be able to cure an illness or a disease or a cancer, or they may not be able to at all. They may be able only to offer you nursing in an illness, rather than cure it and they will provide a better service than the NHS, but are we then saying that a baby is an illness, that a baby is a disease, or a pregnancy a cancer? Why then, is for everyone a cancer a cancer, but to some a baby is a joyful arrival, but others a disaster waiting in the wings? I've never heard anyone leap for joy on the news that they have cancer.

The next objection could be:

That is not true. We're not talking about toilet paper or sanitary towels here. They are objective needs or necessities. Some women who are pregnant believe they need an abortion for numerous and varied reasons, none of which are morally justifiable. If a woman needs a heart transplant a doctor can examine and assess that woman and assess the need for a transplant. Objectively, there may be a need to preserve life. An abortion on the other hand is an action taken by a nurse or doctor according to what the patient believes she needs, or rather, does not want or need - a baby. Whatever you believe the unborn child to be, it is not a tumour.

Finally, the objection to be raised would surely be:

'Well, who said there were any rules to advertising?'

I know how chomping at the bit Catholic Voices and the Bishops Conference of England and Wales are about this and even though the above are the thoughts of a poor simpleton, either are most welcome to employ these arguments in their forthcoming robust media defense of the unborn and of the Catholic Faith.

* On this last paragraph, I am totally open to being corrected by those faithful to the Magisterium of Holy Church. What a minefield!
at January 21, 2012

Two points:
1. BUPA also undertake terminations or abortions.
2. Who says the catholic church is against advertising of condoms/contraception?

Ah, I see, I didn't realise BUPA do abortions too. Interesting. Maybe they should apply for charitable status then?

Humanae Vitae, enclyclical of Pope Paul VI says the Church is against condoms and artificial contraception.

Oh, but he was just pronouncing as a Pope.

'In 1968, Pope Paul VI issued his landmark encyclical letter Humanae Vitae (Latin, "Human Life"), which reemphasized the Church’s constant teaching that it is always intrinsically wrong to use contraception to prevent new human beings from coming into existence.

Contraception is "any action which, either in anticipation of the conjugal act [sexual intercourse], or in its accomplishment, or in the development of its natural consequences, proposes, whether as an end or as a means, to render procreation impossible" (Humanae Vitae 14). This includes sterilization, condoms and other barrier methods, spermicides, coitus interruptus (withdrawal method), the Pill, and all other such methods.'

So help me God.

you don't appear to have posted my reply to your comment...

The catholic church may be against contraception but that does not necessarilly mean that they are against advertising contraceptives. After all, we live in a pluralistic society where the majority of citizens are not catholic.

What about McMillan Cancer trust, they advertise. Or government health ads (flu jabs etc). Surely MS is arguing that awareness is part of the solution

The Church's position on condoms/artificial contraception means that the Church considers promotion of it to be against the moral law.

Surely, if McMillan cancer trust advertise, they are asking for money, no? For their good cause? As charities do? That isn't what Marie Stopes and BPAS are asking for. They are trying to persuade people to abort their babies. They're not asking for money, though they know that investing £250,000 in advertising will yield a return of some kind.

Ollie, important to remember that God forgives our sins too.

As I said, a baby isn't a cancer or a tumour or a flu bug. It's a baby. Some people welcome a baby. Nobody welcomes a tumour. Awareness - of course - awareness that if you are up the duff and in staits about it, BPAS and Marie Stopes can 'sort it out' for you. But they are still selling something you do not want. Nobody wants an abortion - they are selling you the idea that you do not want your baby.

If they really want to sell an abortion to you - if abortion is so great - well then why not show the target audience the abortion?

BUPA don't do any elective procedures, that includes abortion. You can read policy details for their insurance online. Having said that, lots of private hospitals DO perform abortions, but AFAIK no private insurer would cover that it or any other elective procedure. Even pregnancy and conditions related to pregnancy aren't covered, the exception being miscarriage complications, presumably as the patient has not chosen this outcome and it is, therefore, not elective.