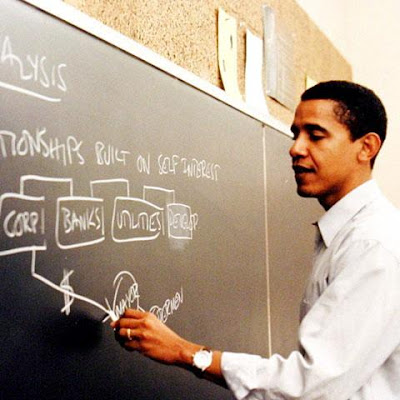 1. to instruct in a doctrine, principle, ideology, etc., esp. to imbue with a specific partisan or biased belief or point of view
2. to teach or inculcate
3. to imbue with learning

So, it has been a relatively quiet day for me today. I've had a bit of a faffing day, really, sorting out my room when I should be sorting out my head. You know what they say, tidy room, perverted mind.

Anyway, watched a programme tonight about Communism, which I thought was apt given I had been in a discussion with a friend with whom I discussed Our Lady of Fatima's warnings on Communism and the fact that it is plausible it could be on the way back. The programme was very good, and highlighted the real lives of people who lived under it in East Germany. It highlighted the propaganda, the lies, the building of the Berlin Wall.

I wonder if BBC are trying to get us used to it, because as many commentators have suggested, all the signs are that it is on its way back in a slightly more glossy and glamourous fashion. This fear is highlighted in the media with various articles on the blatant curtailing of freedoms in the UK and the US, such as the laws on photography of the police, the smoking ban, the banning of public drinking, CCTV, ID cards and the new policy proposal to monitor the travel arrangements of every single UK citizen.

The most fascinating and the most frightening aspect of Communism was the power of the State to indoctrinate people into believing that the ideology and the functions of the ideology were helping to create that 'Heaven on Earth' utopian society that chaps such as Marx and Engels had envisaged and of which they saw themselves as 'prophets'.

However, I am growing a little tired of banging on about the rise of the State in the UK and the US and the obvious implications that it could have for liberty, be it religious, civil, political or social. If the country has been hijacked by totalitarian monsters then there is probably not that much we can do about it anyway.

What was interesting about the programme was the process of indoctrination that the State in East Germany used upon its citizens. Of course, this accusation too could be levelled at the US and the UK about the 'commies' and fear of all things leftish. However, religious freedom and liberty existed throughout the Cold War in the West, unless you fell under McCarthy's Law. It did not in East Germany really very much at all. Anyway, I'm getting lost digressing again.

The main point is, when I am on Telegraph blogs and the such and an issue of religion comes up, I hear so much the desire to see its influence from public life, school life, any aspect of life banned. Religion, the anti-religionists say, is a purely private matter which should be kept to yourself, because if you teach it to others it isn't fair: 'It's indoctrination!'

Aha! But this precludes the fact that indoctrination is already taking place and if religion were not taught in schools, that in itself would be indoctrination. Which brings me back to the programme tonight. The indoctrination forced upon the children of East Germany was that there was no God, that the State alone was worthy of our adulation and, in the early days of East Germany that Stalin was the figure to look up to. Oh yes, the State of East Germany had them singing songs to Stalin and the Glorious State, built a gigantic wall which was made to look as if the corrupt West was being kept out, rather than they were being hemmed in and that Communism, or at least advanced Socialism was bearing fruit in abundance.

Many people think it very unfair that the Catholic Church should be perceived to indoctrinate children. Yet, the Church is not afraid to declare that the Faith is based on sound, religious doctrines which have been handed down to us by the Apostles from Christ, who is God. Yet, the same people who decry religious doctrine and bewail its presence in any form are the same people who would like to see the indoctrination of the young, the old and anybody else, that there is no God, that all religious belief is superstition and that only a society based upon atheistic materialism or a new social construct will possibly be true and rational.

Every time that religion is banned from the public sphere the proverbial hits the fan. China now is reeling from its 'one child policy'. China is fearful of any religious influence upon the citizens because it is deemed to threaten the hegemony of the State. Soviet Russia and the Eastern Bloc crushed the Church because it was anathaema to their new religion and their new dogma and their indoctrination of the masses that Utopia was on the way. Chairman Mao had little children reading his little red book from as soon as they were able to read until they had joined his militia.

The Church proclaims that Her doctrines are perfect. They teach the fullness of the Moral Law and they teach the fullness of Truth. The Truths of the Faith, the truth as witnessed by Our Blessed Saviour alone are worthy of the title of sound doctrine. Every other doctrine teaches half-truths at best and at worst, lies that will lead the young and old to ruin. Therefore the day that religious doctrine is banned from the public sphere is the day to be very concerned indeed, because it doesn't just mean that religion is absent. It means that another doctrine from man has come in its place. In the case of Communism, then history has borne witness to the fact that things not only get messy, but they also get violent and end up strangulating the very people that the ideology in itself sought to liberate.
at March 14, 2009