The State Has Just Shifted Up a Gear 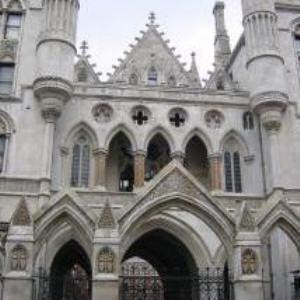 The High Court has set a new precedent and under the watchful eyes of a Conservative-Liberal Government. There are, of course, moral intricacies involved in this case, but if we think about what it really means regarding the power of the State concerning the individual, the potential for widespread misapplication of the Mental Capacity Act (2005. Nice one, Tony Blair!) is truly horrifying.

I remember reading the Mental Capacity Act a long time ago and considering it as something of a blueprint for an Orwellian State. What we have here is the power of a Court to enforce abortion, contraception and sterilisation in the future. This case is being presented as innocuous, draped in the language of protection of the individual, but believe me, it is far from that...

Courtesy of The Daily Mail


'A schizophrenic pensioner will be sedated for seven days against her will so that doctors can treat her for a potentially life-threatening medical condition.

The 69-year-old woman, who can only be identified as D, has been in the care of the mental health services for 25 years and holds the delusional belief that her condition is normal and does not require any treatment. She has a strong antipathy to medical staff and would not attend hospital voluntarily or co-operate with the operation, the High Court in London heard.

The woman will now be put to sleep almost a week before the operation so she has no power of preventing it going ahead. She needs the surgery to repair her prolapsed womb, a relatively common condition occurring after the menopause whereby the organ moves out of position. But doctors argued her case is very serious and if not treated, would result in bladder infections, kidney failure and ultimately even death.

Consultants from her local hospital applied to the High Court's Court of Protection for permission to perform a hysterectomy to remove the womb in a rare legal battle. They argued that not only would it save her life, it would also dramatically improve her health as she would no longer suffer from painful bladder infections that often require hospital treatment.

The court heard how the woman has an intense dislike of doctors and nurses, and refused to go to hospital voluntarily. But in a landmark ruling judge Mrs Justice Macur ordered that the operation should go ahead. The woman will need to be given a general aesthetic six days before the surgery so she will have no way of stopping it going ahead.

Mrs Macur said such restraint was to be used only if deemed "absolutely necessary" and that all reasonable steps were to be taken to minimise distress and preserve D's "greatest dignity possible in the circumstances".

She said that the risks associated with anaesthesia and surgery were "proportionate" in terms of the likely greater good. She added that she would give full reasons for her decision in writing at a later date.

Barrister Bridget Dolan, representing the woman, also supported the ruling. She said that the treatment itself was clearly in patient D's best interests and that the court's intervention was needed in the unusual circumstances of the case.

Earlier this year a 55-year-old cancer patient was forced to undergo life-saving treatment against her wishes in a similar High Court battle. The woman was suffering learning difficulties and had refused to have an operation to remove tumours in her uterus. But doctors said that without treatment she would die, and argued her mental state meant she was incapable of making a rational decision.'

What really concerns me here is that the medical authorities and social services believe that it is okay to disregard the opinions of the woman involved in this case and pursue legal authority over her to force her to receive treatment, and, yet, due to media law, she cannot be identified and nobody can hear her side of the story. If she could speak out and be interviewed by the media, what would she say? Given the unprecedented nature of this decision, is her opinion not rather important!?
at October 01, 2010

I don't get this one at all! Surely the authorities are not 'disregarding' her opinion - it's just that, legally speaking, she is not assumed to have the capacity to make an informed decision about whether or not to have a potentially life saving treatment. Are you saying it would be more humane to let a woman with recognised mental health problems 'choose' to die of horrendous internal injuries that could be readily prevented by a medical procedure?

I'm all for arguing that there are a great many examples of the state going too far, but this is hardly one of them

Clearly it's true that, in principle, if the State can force someone to have 'life saving medical treatment', it can also force someone to terminate her pregnancy. However, in practice these two things can, I believe, be appropriately distinguished and the necessary legislation drafted accordingly. I don't agree that the "slippery slope" must always hold.

However, if the existing legislation allows the state to force someone to have an abortion (I don't know if it does) then that would obviously be wrong.

You are, of course, quite right that, in theory, if a pregnant woman with a life-threatening condition was deemed to be mentally incapable of making a proper decision about the treatment she was believed to need, then the Courts could make the decision for her; and that decision could be to abort the baby - which we would all, quite rightly from a theological point of view, resist.

However; the crucial point is that she would not have made the decision, and would therefore not be guilty of any sin : and whilst that doesn't make the abortion right, it does at least protect her soul from the consequences of the decision.

Obviously the souls of those promoting the need for the abortion would be a different matter . . .

Yes, but the danger is of the UK becoming China quite quickly...First they came for their children...then, religious belief is classed as mental illness and then they came for our children, etc.