"I Think I've Been Conditioned by the Media..." 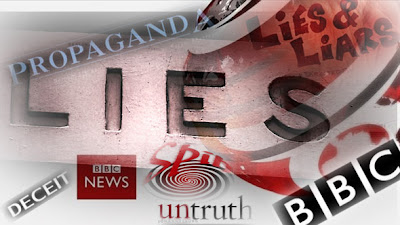 On Thursday I welcomed a teacher from a school in the region and gave her a tour of St Mary Magdalen Church.  She had seen the Church on a website and thought it would make an excellent venue to introduce her 15 year old school children to how Catholics worship and what Catholics believe, for their RE class.

Following the risk assessment she wanted to undertake and after I gave her a tour of the Church, we sat and talked for a while about issues that touch on the Catholic Faith. Not a Catholic herself, she wanted to discuss such issues as artificial contraception, Africa and HIV, the sex abuse scandals and other common questions that people have about the Catholic Faith.  I was very pleasantly surprised by how open this lady was to the Catholic perspective on issues of morality. I was a little taken aback that she had the impression from the media reports that the Holy Father had given the a-ok to condoms in Africa, but I was able to put His Holiness's comments in the context in which he framed them in terms of the potential 'first step' towards redemption which His Holiness himself described, in the instance in which he described.

Anyway, after we had talked, I was struck by her words. She said that the Catholic teaching on sex and marriage actually made a lot of sense and that the teaching on chastity until marriage made artificial contraception a secondary issue - almost made it irrelevant in the context of HIV and AIDS.  Her words were particularly powerful when she said, "Gosh, this has been a real revelation for me. I think I've been conditioned by the media to have these preconceptions about the Catholic Church." Years and years of anti-Catholic, ignorant propaganda has been spread by such organs as the BBC and, to be honest, a host of other media publications on both the left and right of the political spectrum, so much 'conditioning' has been pumped out of the mass media concerning the Church, that you can hardly be surprised what people both inside and outside of the Church go around thinking of the Church.

We talked more and got onto the subject of abortion. She said that as a parent her views on abortion had changed dramatically on the birth of her first child. She discusses ethical issues such as abortion with her RE class and said that with the class they have developed a wall display on fetal development, even though the school is not itself a Christian school.  She said she has never had to 'force' her own opinion on the classroom. All that happens is that the issue is discussed. At first, the majority of the teenagers automatically assume that abortion is a woman's 'right', especially in cases of disability. However, as the class go deeper into the discussion and debate, and upon doing some 'research' on the issue at home (she says she doesn't know what sources they use to research), the overwhelming majority of the class begin saying things like, 'At first I thought abortion was okay, but now that I've actually thought about it, I can't see how it can be justified in any circumstances. These children have a right to life - yes, disabled children too."

Then, once five or six children have spoken out, it seems that it becomes less socially acceptable for the rest of the class to hold onto their 'pro-choice' opinions.  It seems that all it takes to change the minds and hearts of children on the issue of abortion is to get them to think about the issue a little deeper than the government would wish. "That's why I am an RE teacher', she said, because I don't force my opinions on the children. It is about them going deeper into ethical issues and working out the answer for themselves." I must say I found it fascinating. It is not that common to meet people who show such 'goodwill' towards the Catholic Church and who are open to Her message. She described Richard Dawkins as a 'fundamentalist' who she cannot take seriously.

At some point in the near future, she will be bringing her class to St Mary Magdalen's. She said it was the perfect Church in which to teach children about what the Catholic Church teaches about Faith and Worship - the art, the stained glass, the architecture, the minor details and features around the Church that teach about the Faith - the placement of the Baptimsal Font in the centre of the back of the Church to remind the Faithful of their Baptismal vows - the Statues of Saints, the placement of the Tabernacle in the centre of the Church and the beauty of the newly laid Sanctuary.

She gave me an RE book that the class are working from and asked me to read about six chapters of it so that I can discuss some of the issues raised and how they touch on the Catholic Faith. I must say I am really looking forward to welcoming the class and telling them all about the Catholic faith (and yes I am CRB checked) and showing them the features of the Church that do so much teaching about God, worship and the Faith. But I did find it so interesting that she spoke of feeling that she had been 'conditioned by the media' to hold certain beliefs about the Catholic Church. Say a prayer for her and her class and for me of course, that I'll give glory to God when they arrive for their 'field day'.

Much as in '1984', it appears the most subversive thing anyone can do nowadays is think beyond the rather superficial layers and standards set by the BPAS and the Government. That, of course, will be one thing that challenges the State sponsored dogma on same-sex marriage and it appears that we are preparing for a future in which not only freedom of conscience will be challenged, but in the classroom, freedom of thought itself. Children are the future of the country - perhaps an informed, educated, thinking youth is the last thing the Government really want...
at March 04, 2012

It sounds as though you have done some good evangelising in this season of Lent. Have you ever thought that your skills might well be used in teaching RE?

The Bishops and priests have a lot to answer for in not teaching Catholics the fundamentals in faith or morals, and also for not conveying the univeral truths of humanity (as espoused by the Church) to the public at large.

Anonymous, please, if you want your comment published in the future, put a name. In general, anonymous comments are not published.

Anonymous, please, if you want your comment published in the future, put a name. In general, anonymous comments are not published.

I am absolutely ecstatic after hearing a sermon from a young priest at Mass tonight. The sort of sermon I haven't heard probably ever in my adult life. Straight down the line about how we have lost our way and lost our religion to belief in other things such as new ageism. He didn't mince his words about what we have to do to straighten ourselves out. This in a parish where the mon senieur is mr new age himself. I think the priest is a convert from Anglicanism.

Well done: it sounds like this lady wants to make a decent job of teaching about Catholicism and is professional enough to ensure she gets the facts right.

I would be very interested to hear how the 'field day' goes.

Well done indeed Laurence. Have you thought about contacting other schools in the area to arrange similar informative tours of the church to tell them about the real beliefs of the Catholic Church as opposed to the one put over by the media?

Some years ago I remember one of my friends told me her daughter was learning about comparative religions at school and would I answer her questions on what Catholics believe. Unfortunately I did not have your depth of knowlege but hope that my answers made her thing in the right direction.

It's great to think that there is at least one teacher who is open minded enough to find out about the faith from an excellent source instead of hearsay and media misinformation. And how nice to see she chose St Mary Magdalene too.