Congratulations to George Soros and His Friends


I awoke this morning and decided I should try and look for a job. "Laurence, are you feeling okay?!" I hear you cry. Anyway, I've worked out that if I am to make changes in my life - like getting a job or career - it might serve me not to live in a sea-side resort with no jobs and to go and live somewhere were there are jobs. It's taken me 37 years to work that out, so I hope employers don't look at my blog. To be frank, I'm not the sharpest tool in the box. They do, by the way. Employers do search your name on Google.

Anyway, in my job search on 'Indeed.co.uk' I decided to refine my search to 'Jobs in London'. I saw a couple of nice gardening jobs and opportunities teaching offenders in prisons, so I got a couple of 'leads'. Then, however, I stumbled across an opportunity for an Administrative Assistant for Open Society Foundations. Open Society Foundations is the secular arm of multi-billionaire philanthropist and renowned rapist of stock markets, George Soros. Mr Soros ploughs his not inconsiderable wealth into creating more 'open societies'. An open society, says Mr Soros, is better than a 'closed society', which is a bit like saying shopping is easier and better when Sainsbury's is open, rather than closed.

Under 'issues' he promotes on his swish website, multi-billionaire speculator, philanthropist and open society creator, George Soros, who is surely one of the G8, sorry, G7, in terms of the World's most influential men, along with other super-rich financial elite confreres, such as the Rockefellers, Morgans and the Rothschilds, is, of course, LGBTI issues, under the general theme of 'rights and justice'. The 'I' in LGBTI, in case you were wondering, stands for 'Intersex', rather than 'Inquiring'.

To hear Bono, a baptised, if misguided millionaire Catholic, praising Mr Soros is a bit gross, leading me to believe that at some point one of the most irritating men in pop (and let's face it, there are quite a few, Mick Hucknall) really did sell his immortal soul to the Devil for worldly prestige, power, status, money, fame as well as the enduring conviction that is okay to wear wraparound sunglasses both indoors and outdoors. I guess that's just one of the unofficial 'rites' of the music industry.

As well as prizing open societies to accept Mr Soros's version of 'human rights' and 'justice', thus encouraging every nation to become Sorosland, with a notable special current focus on Ukraine, Mr Soros also funds Catholics for Choice and other notable forces on the 'Catholic Left'. And here we are wondering how The Tablet manages to keep afloat. Quite plainly, George Soros forms part of a global elite of very rich financial mystics whose renowned ethics always - consistently - fund the Culture of Death that the Catholic Church used to oppose vigorously from top down, sorry, opposes.

As well as funding the gigantic, global gay marriage campaign, campaigning for and funding access to abortion (focusing presently on Poland and Eastern Europe), and artificial contraception, the Open Society Foundation is currently championing the legalisation of drugs and prostitution - not using Mr Soros's wealth to help them out of the sex trade, no, heaven forbid - but drawing attention to their plight and stigma and their right to be called sex workers. Why? Because, you know, if people can be 'sex workers' instead of prostitutes, even I might be capable of finding full-time employment and being called a 'sex worker' accords dignity to your role. One understands what is 'essential' in this job specification, but do I have what is 'desirable'? Presumably, if Mr Putin is sincere in his Christian beliefs, he will by now realise just who he is up against in the struggle to become true victor of the 'new world order'.

It goes without saying that today England and Wales will be celebrating the first 'gay weddings'. May I suggest that those who will today be dragging the name of marriage through the mud give a word of thanks to George Soros and his to Open Society Foundation, without whose mighty influence, so attested to by the rich, powerful and ridiculous celebrities and rock stars of this world, it would perhaps never have happened. Without David Rockefeller and George Soros among the ranks of those supporting, funding and propagandising for it, much like the advent of the pill, legalised abortion and 'women's liberation' of the 1960s, your sham marriages taking place today would doubtless never have occurred, because until your masters had mentioned it, you would scarcely have thought of something so patently absurd. 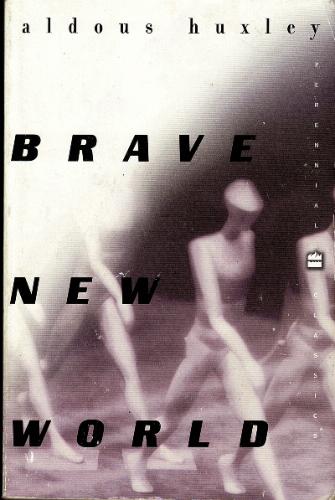 With his terrible financial and political social muscle, Mr Soros and his exceedingly rich friends have spawned a monster, a veritable dragon if you will. Only with the influence of men such as Soros could the British media be turned over to something so fawning, unquestioning and docile to the perverted and unruly will of a global elite whose only driving motive is power, control over the populace, the destruction of the family and the creation of frankly satanic empire in which whole peoples are deluded into thinking their 'rights' built on nothing but shifting sands - are actually given to them by the State.

George Soros and his ilk have indeed opened up British society, European society and American society to cast off its Christian heritage, deny God, murder its young, embrace sodomy, kill its infirm and contribute to what, history attests, is the collapse of civilization through its own internal contradictions. You simply cannot build a nation without protecting the family and marriage. You can thank David Cameron and the UK Government if you want, but remember, neither he nor they work for you. By now you should have realised at least that. Follow the money. Money buys power and influence in the corridors of power. If you don't have money, or power, or influence, your opinion of same sex marriage has nothing to do with the law and why it was created. All that was necessary was that you would stay silent while 1-2% roared.

Why are there three lions on the English flag? They should be changed to pussy cats. Let all Catholics and men and women of good will take the banner of the Cross to this ailing nation, confront the evils of our day and in charity, continue to spread the Gospel of Our Lord Jesus Christ. Though I see little point in protesting at register offices the same-sex 'marriages' in Brighton and beyond, we must pray and witness to the truth about marriage, life and human sexuality. Careful now! Down with this sort of thing!

seems we have a revisited and 'renewed' concept of 'charity' being promulgated these days.


St Paul warns that, 'in all seduction of iniquity to them that perish; because they receive not the love of the truth, that they might be saved.'

I wonder what the mega-philanthropists think of truth? it would seem, given their 'causes' it's something they don't care to look at - maybe that's why Mr Hewson can't take off his shades.

I would like to add the European royal families to the list of the people who have created a worldwide “open society” in order to control everyone and everything.

The daugther-in-law of the former Dutch Queen worked for George Soros before she became a member of the royal family. Then she worked as the first Chief Executive Officer for "The Elders".
http://theelders.org/article/elders-announce-their-chief-executive-officer
And that´s just the tip of the iceberg.

Thanks to Joan Veon´s research we know who works with Soros and Co.:

"In other words, the big powerful money lords who rule the world —people like George Soros, the Rockefellers, European royal families, and the most powerful banking families – will be able to operate with impunity while the average American will be rendered helpless."
http://www.newswithviews.com/Veon/joan52.htm

“Joan has written two books, Prince Charles the Sustainable Prince which is in it fifth printing and discusses her belief that when the U.S. Senate signed the U.N. Charter in 1945 is when American officially entered world government and reverted back under British rule. This book documents the role of the British royal family as a formidable power working BEHIND the scenes of the UN and the role of Prince Charles with that of sustainable development and public-private partnerships.
Her second book, the United Nations Global Straitjacket is over 400 pages and is a handbook on world government. In it she explains the political structure of the United Nations, she discusses the coming global stock exchange, the International Criminal Court and gives a call to stand in the Gap.”
http://vimeo.com/72544091

Members of the “Catholic” royal families also work for - or with? - the UN.
http://genevalunch.com/2013/07/31/spanish-princess-reportedly-making-geneva-move/

Re the International Criminal Court (a very un-pro-life organism), in 2002, the Vatican gave a symbolic donation of $3000 (or thirty pieces of silver as Christopher Ferrara put it) to show its 'support'.

Well if it's any comfort, Bones, he's actually an Anglican. His family are Church of Ireland.

But an excellent cri de coeur all the same. Years ago, it seems, I first became aware of these issues i.e. the Bilderbergers, Club of Rome, global plutocrats with an extremist anti-family, anti-Judaeo-Christian agenda etc. etc. But I generally used to shrug it off in a slightly embarrassed fashion. After all, one didn't want to be one of those conspiracy nuts, now, did one? That was due to my years of conditioning by the lefty bias of the media, of which I was an unquestioning consumer in those days. The "right sort" of media, of course.

I think it's only really been in the last 10 years, and increasingly so over the past 5 or so, that I've come to accept that it actually does exist. The events in my own country, the gadarene rush of its leaders towards "progressivism" combined with their naked lying and contempt for us, along with their supine kow-towing to the EU and financial elites, have torn the last veil away from my eyes.

My own family now regard me as some sort of slightly kooky (albeit endearing, I like to think... so far) extremist because I, y'know, go to Mass, even *gasp* the "old" Mass sometimes, and have taken open part in last year's pro-life demonstrations. But they'd think I was off the rails entirely if I even hinted that I agreed with the general gist of your post. I would have expected some of the older ones, with a similar vaguely trendy lefty background to me, to have sympathised, or even listened. But they wouldn't. It'd be total incomprehension. And the younger members have swallowed the whole agenda hook, line and stinker. So much for third level education.