Freedom: Our Way is not God's Way

God shows us that freedom is something greater and more magnificent than that. Freedom is to love to the end, to do the will of another or Another - the Father's will - and love is stronger than the power of death.

By choosing suffering, by submitting Himself to the violence of the crucifixion and the horror of death at human hands, we see that God alone is totally free.

For Jesus said that nobody takes His life from Him, but He lays it down of His own accord and just as He laid it down in His Passion and Death, He can take it up again at His Resurrection. 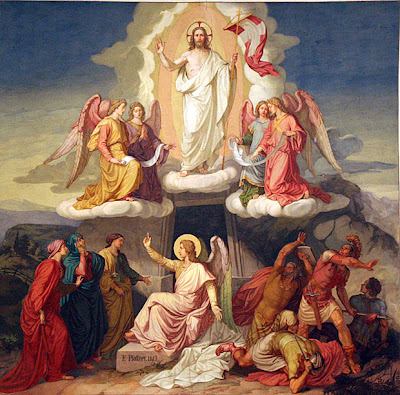 We think we are free, but do we choose God's will? Do we choose the Cross? Do we have the Faith to believe that we will share in the Resurrection of the Lord?

If we do not, we are not free! Yet, we believe that in choosing to do the opposite to Jesus, we will be free!

Let us follow Jesus who alone can make us free as adopted sons and daughters of God.

True freedom is doing God's will but let's not forget sin. 'He has sent me to proclaim liberty to captives' (Lk 4:18). Captivity to sin means its difficult for us to follow God's will. Christ releases us from that captivity by winning back sanctifying grace for us on the cross and giving us the sacraments. That's why we can truly say 'Thy kingdom come Thy will be done'.