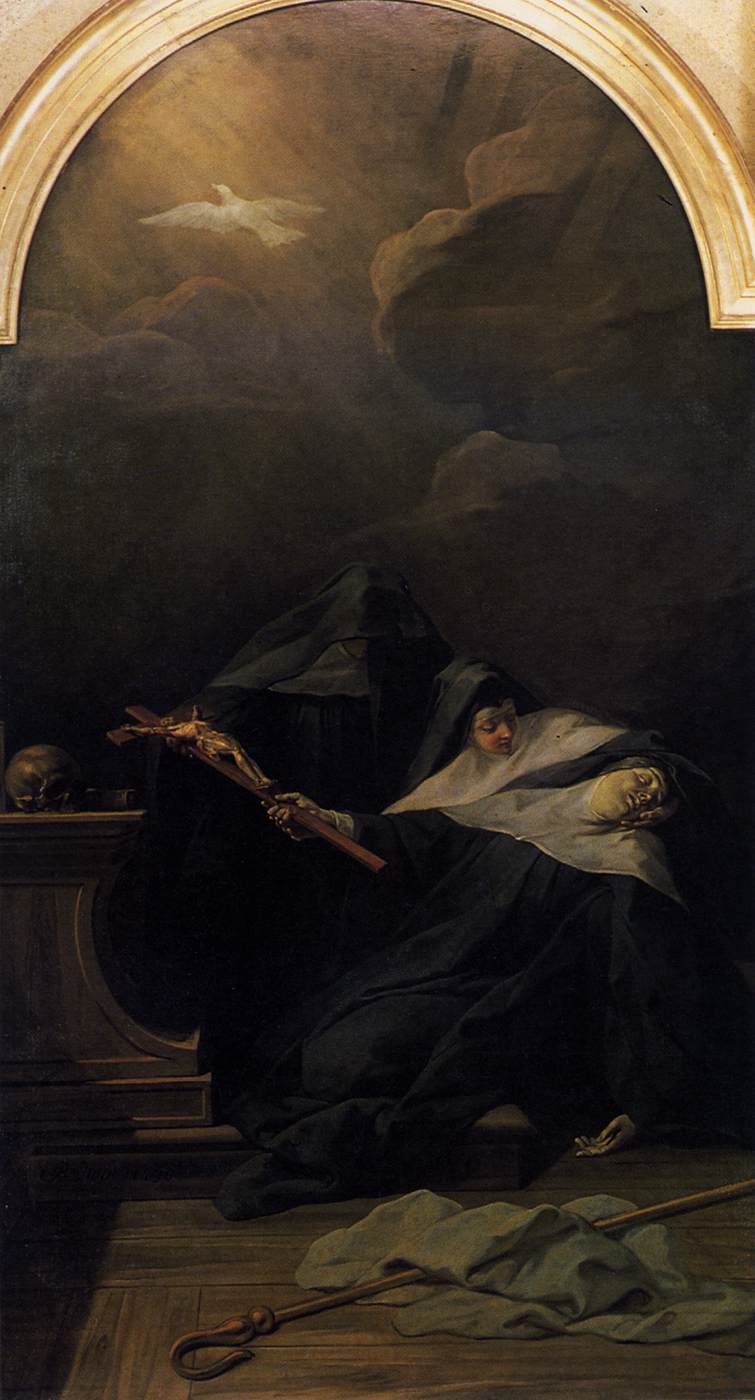 This morning I turned up at Church to do the accounts and was told it would be more profitable to altar serve at a Requiem Mass for a very elderly deceased parishioner called Elizabeth. How apt it was for a lady who had suffered patiently in her life to have her funeral on the Feast of St Scholastica, whose soul soared up to Heaven. May Elizabeth's soul and the souls of all the Faithful departed, by the mercy of God, rest in peace.

St. Gregory the Great, in his Dialogues, tells us that she was a nun and leader of a community for women at Plombariola, about five miles from Benedict's abbey at Monte Cassino. We do not know what rule this community followed, although it seems most likely it was the Rule of St. Benedict.

Scholastica was dedicated to God from a young age (some tellings of her story indicate that she preceded Benedict in godliness, and he came to holiness after she did). The most commonly told story about her is that she would, once a year, go and visit her brother at a place near his abbey, and they would spend the day worshiping together and discussing sacred texts and issues.
The Christian Religious Orders commemorative coin

One year at the end of the day, they had supper and continued their conversation. When Benedict indicated it was time for him to leave, she protested, and begged him to stay with her for the evening so they could continue their discussions. He refused, insisting that he needed to return to his cell. At that point, Scholastica closed her hands in prayer, and after a moment, a wild storm started outside of the guest house in which they were housed. Benedict asked, "What have you done?", to which she replied, "I asked you and you would not listen; so I asked my God and he did listen. So now go off, if you can, leave me and return to your monastery." Benedict was unable to return to his monastery, and they spent the night in discussion. According to Gregory's Dialogues, three days later, from his cell, he saw his sister's soul leaving the earth and ascending to heaven in the form of a shining white dove.

Her memorial is 10 February. Scholastica is the patron saint of nuns, convulsive children, and is invoked against storms and rain.