Promoting Relativism Has its Drawbacks 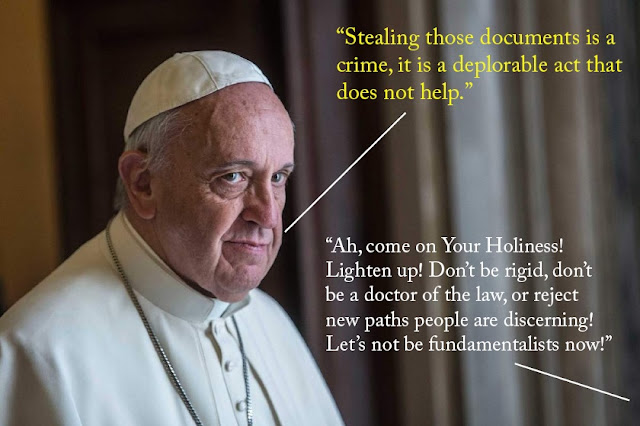 Here is a little something from the Irish Independent of 07 March 2014 which headlined the following piece as:

"...And immediately there came to mind the thief we all have inside ourselves and while I arranged the flowers I took the cross and with just a bit of force I removed it," he said, showing with his hands how he pulled the cross off the rosary. "And in that moment I looked at him and I said 'Give me half your mercy..." - Pope Francis

Check our study on relativism and Francis.
http://en.denzingerbergoglio.com/who-am-i-to-judge-religion-has-the-right-to-express-its-opinion-in-the-service-of-the-people-but-god-in-creation-has-set-us-free-it-is-not-possible-to-interfere-spiritually-in-the-life-of-a-person/#Francis