Dr Rowan Williams Silences Critics by Sending them to Sleep 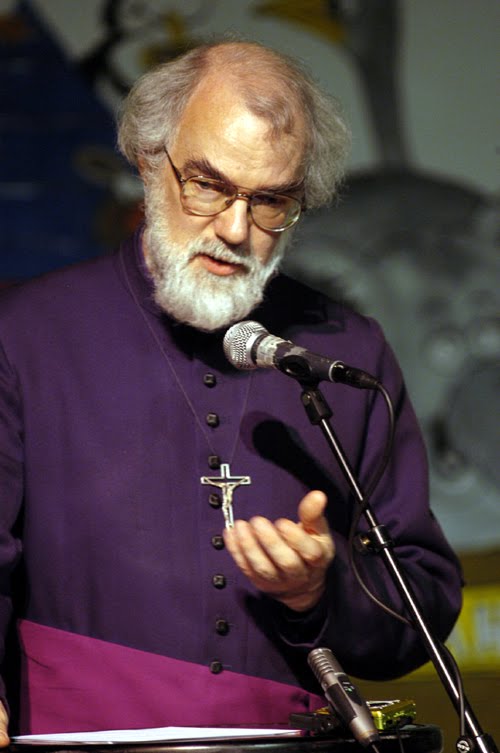 Yet more eloquent, succinct and profound musings from the 'bearded one'.

The Archbishop of Canterbury for the Church of England has hit back at critics, especially Conservative leader David Cameron, who appeared to be dictating to the split, unholy, uncatholic and unapostolic anglican church on the Anglican Church's need to change its policies on ladies and Lettuce, Gherkin, Bacon and Tomato enthusiasts.

Dr Rowan Williams, with conviction and resolute determination to defend the Gospel, said, in his statement...

'I’d say that the main thing is something to do with the nature of freedom in society – and thus also with how we talk about our ‘rights’. Of course, this was most in evidence in the Equality Bill debates, though it was obscured by fantastic overstatements from zealots on both sides. The basic conflict was not between a systematic assault on Christian values by a godless government on the one side and a demand for licensed bigotry on the other. It was over the question of how society identifies the point at which one set of freedoms and claims so undermines another that injustice results. As in fact the bishops’ speeches in the Lords made quite clear, (despite the highly-coloured versions of the debate that were manufactured by some) very few Christians were contesting the civil liberties of gay and lesbian people in general; nor should they have been.

What they were contesting was a relatively small but extremely significant point of detail, which was whether government had the right to tell religious bodies which of the tasks for which they might employ people required and which did not require some level of compliance with the public teaching of the Church about behaviour. Government had difficulty seeing that this was not just about clergy and official teachers of the faith; the Church had difficulty explaining that there might be positions, not covered by the neat definitions offered by the government, which had some kind of semi-official standing such that it would be very strange for someone to hold such a position when they were manifestly in dispute with some aspects of the Church’s teaching. But – as our own ongoing discussions about office-holders in the Church and membership of the BNP and similar organisations demonstrates – it is by no means easy to define at what point you want to identify the posts that have such a public and symbolic character that you need to require some kind of...'

Obviously, I'd print more but I would not wish for any readers of this blog to dribble onto their keyboards, leave lit cigarettes on the carpet or limply drop their coffee over their laps while having to read the Archbishop's rebuttal. If you can bear it, you can read the rest here.
at February 10, 2010

Will he ever say something daring, substantial and true?

I just had a look at the whole speech. Could not face it! Life is too short to plough through that.

I noticed he refers to 'three dimensionality' - why does he not just say 3D like everyone else? He seems to enjoy using long words where shorter concise words would do the same job and would make his speeches shorter too.

He just does not seem to be on the same plain as ordinary people. Like many academics he seems unable to communicate to the man in the street - or as in his case the man in the pew. Strange that in America there is a Bishop (Catholic) who thinks his flock are not intelligent enough to understand haaard words like 'ineffable.' Opposite ends of the scale of communication I suppose.