This is too good...British Humanist Association Have a Choir? 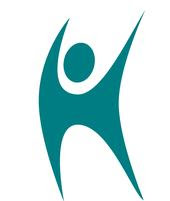 The 'Happy Human' Logo...I believe it was Ron L Hubbard, the crackpot Scientologist who said, "The way to make a million dollars is to start a religion."

I can't believe this. Just as you thought that the British Humanist Association, having taken on 'Humanist Ministers' and gathered a wealth of celebrities claiming their incredible conversion to the ways of humanism, could not become as religious as, say, Christians, check this out! They've even got their own Choir, singing humanist songs! Odes to man-made ideology! Oh boy! This is too funny! From their own website...

The BHA Choir song 'Gathering Round the Fire' [Well, at least they've kept the doctrine of Hell!] has now gone live in iTunes, Amazon and numerous other internet outlets. William Morris, our resident-composer, has set lyrics by Central London Humanist member Jessica Smith to a festive tune with the excellent backing vocals of the BHA Choir.

Downloads made between the 13th and 19th of December are used to calculate the Christmas Number one single, so download now to make your gift to the BHA a Christmas hit! Don't forget to rate it well, as it will appear higher in the search engines...and share it with your friends!

To listen to a sample and purchase the track, please visit iTunes or Amazon. The proceeds from the single will be used towards the BHA’s work, including our work on education and campaigns. [Sounds like they were going to give it to charity, but then they said, "Nah, bollocks to that. Let's put it to the BHA fund!"]

To see the BHA Choir in action, see our events page on “Nine Lessons and Carols for Godless People 2009, A Rational Celebration of Christmas”. The BHA Choir meet once a week on Tuesdays at 1 Gower Street, London. Please contact Clare Huxley for details. The British Humanist Association is the national charity representing and supporting the interests of ethically concerned, non-religious people in the UK. It is the largest organisation in the UK campaigning for an end to religious privilege and to discrimination based on religion or belief, and for a secular state.

These guys are actually singing the hymns of humanism. They're singing songs in praise of an ideology which has no eternal meaning, strips human beings of their true humanity and advocates a culture of death and nihilism! Here, boys! Why don't you just sit at home and listen to Joy Division?!

"Gathering round the fire" sounds like the sort of thing they wrote in the 1970s by people like Bernadette Farrell and put in a Kevin Mayhew Catholic hymn book to be sung at the start of Mass instead of the Introit.

Perhaps the humanists would feel at home in one of the more backward Catholic parishes.