"The Council Say We Don't Exist!" 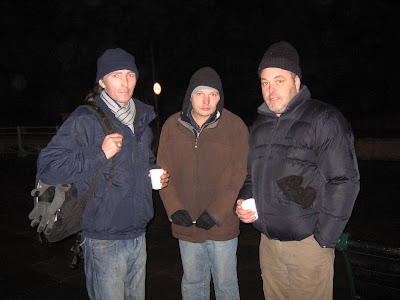 From left to right: Russell, Neil and Michael are all street homeless. They have all been refused housing or accommodation by Brighton and Hove City Council since they do not have a 'local connection'. A 'local connection' means that homeless people must have family in Brighton in order to be considered for social housing. Even though temperatures have dropped to below freezing this winter, these men were refused Council help. When temperatures drop to -1 degrees celcius the First Base Day Centre in Montpelier Place opens its doors for the night but in reality, that help does not touch or reach every homeless person and sleeping in 0 degrees is still horrendous.

Michael, reflecting on what help is available to the homeless said, "Sleeping in 0 degrees or even 1 or 2 degrees celcius is pretty terrible as well, you know. All we have is a sleeping bag. The council do nothing for us. The Soup Run does more for us than anyone else. It is a Godsend, literally. We'd be lost without it." 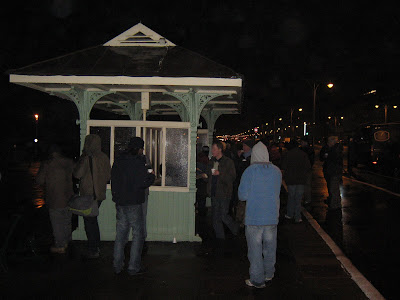 Neil continued to speak on behalf of himself and his friends. "At Christmas, the Soup Run was still there, with hot food because of the time of year and we were even given an envelope with £10 each in it as a Christmas present."

Every night at 7 pm, 52 weeks a year, the homeless of Brighton and Hove are fed with sandwiches and given coffee and soup near the peace statue by the seafront. This is done by volunteers from St Mary Magdalen Church and volunteers from outside the Church who wish to join in and help to feed the hungry of Brighton. Tonight it is 7 degrees outside, but it will rain. 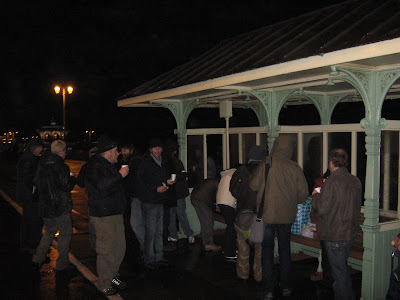 Russell went further; "The Council say that we don't exist if we have no local connection. Much of the YMCA is empty, meanwhile. I walk around Brighton and there are so many empty buildings which could be used as a hostel for us." 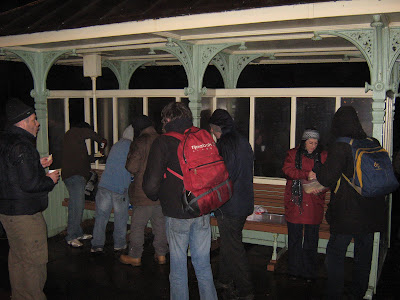 Neil continued, "The Council claim that there are seven street homeless people in Brighton. Seven! This simply is not true. Last night there were ten or eleven of us where I was sleeping and that is just me where I was!" Another street homeless man, Jez, said, "I was with two others." Michael said, "There were seven of us last night where we were." Russell said with frustration, "We are just a blot on the landscape!" Jez, as he turns to leave after the Soup Run shouts to me, "I was born and bred in this area and I can't get anywhere to live!"

Click here for the St Mary Magdalen Soup Run blog. I've had a vision, not a Medjugorje vision, but an idea. There is a 'Friend's Centre' venue which has opened up in the lower ground floor of where I live. In order to hire it, a large room with a computer and a big table with 15 - 20 chairs, would cost just £15 an hour. On Monday I will be teaching at the Unemployed Centre, centre users how to operate Adobe InDesign, a desk-top publishing package. My idea, and it is a very good one, is that, with support, many people from the Soup Run could form something of an editorial team, could write and design and produce a magazine for Brighton, ran, written and produced by the homeless of Brighton. Tonight I had about 4 or 5 men who were desperate to tell their story of being street homeless in Brighton. With funding, a new magazine, written by the homeless of Brighton could be established and sold in the city of Brighton and Hove. If you think you can help with funding applications or even actual funding then please let me know.
at February 04, 2010

These videos are very powerful. Thank you for sharing.

God bless! Each of these homeless brothers and sisters will be in our prayers.