The Trainwreck Continues, Where it Stops, Nobody Knows 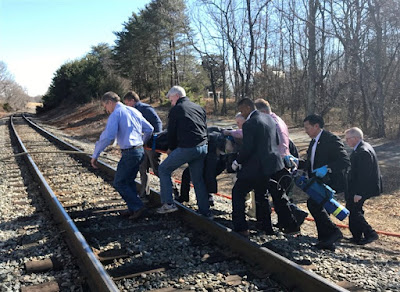 Since I stopped blogging quite some time ago, the unparalleled train wreck that is Pope Francis continues to bring fresh horror to the Catholic Church. The abuse crisis that will undoubtedly mark Francis’s entire pontificate until and beyond its end has all but extinguished the moral credibility of 'Francis the wonderful man' and the reputation of most US Bishops. Nobody’s coming out of this looking good, apart from the honest whistle-blower who reproached himself for his own failures, Archbishop Vigano. The US abuse summit will almost certainly involve quite some PR management opportunities of the ‘this time we really mean it’ variety, but unless sackcloth is actually produced for the Bishops, it is hard to see it limiting, let alone addressing the nature of the crisis. Let's pray for it to bring some healing to the Church, nevertheless, despite the presence and leadership role of Cardinal Cupich.

Archbishop McCarrick’s victims are many, not limited to the actual boys and men he molested or violated, scarring for life. The entire Church is wounded, the entire Church is reeling psychologically and spiritually from McCarrick’s molestation and violation of it. It is, fundamentally, what abuse does. It scars for life, so much so that nothing, nothing will ever be the same again. Bishops, priests, laity are reeling and the Pope was not at all prepared for an unrelenting hurricane season of abuse related headlines that lay charges so close to him that Catholics wonder if any of his associates are untainted by scandal.

There is something rather half-hearted even about the enthusiasm of the most loyal and vocal Francis defenders nowadays. Gone, it seems, is the unfettered adulation of former days. Francis is an embarrassment to the Church. Even they get that. Even the cheerleaders are starting to look like panicking nurses in the field hospital that is the Francis papacy, their noises starting to sound angry and bitter, like men who see they are losing even when power is in their hands.

They might hold power for years, but not comfortably, not now. Francis’s handle on papal power and his health seem remarkably fine and his friends can do a lot for his reputation with Photoshop, but more and more people are realising that at the heart of the Hierarchy of the Church is a huge problem with morality, not just by the Church’s high standards, the Standard that is Christ, but even the standards admired by unbelievers. Most young people are almost certainly fornicating. Most married people are contracepting, but most of these persons are not embroiled in abuse cover up and / or sexual abuse allegations and financial scandal. Really, they are not. Right now, unrepentant mortal sinners who may or may not act out of ignorance have every reason to think the Church is a cesspool. Most of their friends and associates probably aren’t doing things Cardinals do either. Not all gays are having orgies in their flats and many think themselves relatively respectable.

Of course, the great project of the updating of the Catholic Church to 1968 rebooted, only this time with more exotic and spicy drugs, will continue apace, being, as it is, a project too big to fail. You have to take drugs to comprehend it. But there is a gaping hole of credibility in the Church. It is called ‘Pope Francis’ and it shows absolutely no sign of being repaired. Much as Francis and his associates would wish it to be, it most certainly isn’t 1968 anymore. Sexual liberation is nothing new and sexual liberation (or licentiousness) is why Francis is on the rocks. It is also the reason why many people are on the rocks and deep down a lot of people know it. It is 2019 now and a lot of oestrogen-infected water has gone under the bridge since then. A lot of water has passed under the bridge, in fact, since 2013. It is this water that seems to have turned back on its course and is coming towards Francis, the polluted and stagnant water of the sexual revolution and the unmitigated mess it has created, in the Church and the World.

The same worried conversations taking place at EU meetings, Davos meetings and, dare I say it, Bilderberg meetings, about the ‘populism’ that gave rise to Trump in America and Brexit in Britain, Salvini in Italy and Bolsonaro in Brazil, are probably going on in the Vatican. Politically, the world is changing, a polar shift seems to be taking place, jolting the word on its axis, in which all aspects of governance and leadership are being thoroughly scrutinised and roundly rejected by populaces when they are given the chance. 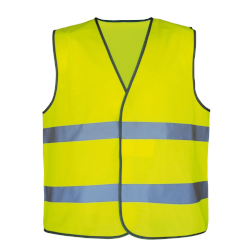 Nowadays, the greatest commodity in politics, as it is in the Church, is trust. Whoever you are, if you can prove you are not like the rest, you are electable. What is more, people will know you’re not like the rest by what you say and whether you have conviction about it. Populism, no wonder the Pope hates it, gives men and women the hope, often a founded hope, that leaders of generally conservative movements are, themselves, thoroughly sick of the globalist, liberal, elite agenda, an uncompromising and totalitarian agenda that it is. Compared to the world inhabited by people such as Teresa May, Hillary Clinton, Angela Merkel and most of the mainstream media, what we call ‘ordinary people’ have had enough of the politically correct rule givers.

Populism of the kind that terrifies the Pope brings with it a definite set of boundaries by which many can be divided. Massimo Faggioli, for instance, resents, loathes and detests it, but he would, quite simply because he doesn’t seem to stand for much or even believe in much more than his liberal hobby horses. The very fact that MAGA hats bring liberals out in a rash makes those who wear them want to wear them all the more, the headwear becoming an even more heightened icon of defiance against liberal tyranny, just like Saturnos did for clergy after Pope Francis seemed to mock them as a sign of doctrinal rigidity and vanity. These red hats seeem to stand for something. It would be great if Cardinal's red hats stood for something, wouldn't it? 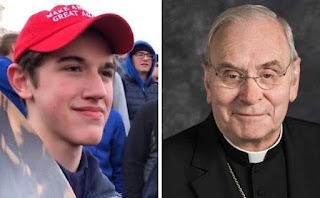 Pope Francis shows no sign that he is learning from his mistakes. He is like most appalling bishops in this habit. He continues to make himself dependent upon a PR team that has lost the able Greg Burke for reasons that Burke decided not to give, but the Pope has commented before that he doesn’t do change, he feels that it is important to be himself and continue forward without regret, onwards without fear (of the Lord). This has, of course, been his great undoing and his complete resistance to turning around and going in the other direction than his chartered course is the very reason for all his problems, problems which serve to undermine his great project for the ‘full implementation’ of Vatican II as envisaged by liberal professors around the globe. It will bring joy only to the spiritually and actually dead if he manages to do it.

The implementation, will, naturally, create if successful a host of other victims, rejects and pariahs and have Catholics searching desperately for the emergency exits on Francis’s express train to wherever it is the St Gallen Mafia wanted. Did they even know? Does this reform movement even have a final destination other than Hell in a handcart? Francis’s dream for the Church probably involves ensuring bad men have power for a long time. It certainly involves ensuring good men are nowhere near it and that faithful Catholic priests, bishops and laity have to endure great evils before the triumph of the Church (a triumph he doesn’t believe in) takes place. I am sure this was always what Francis envisioned in the end (apart from the bit about him losing bigtime).

The thing that will really get to him, though, is that he wanted to look incredibly good while he was doing it and pass himself off as a noble and kindly Catholic pope while driving the Church off a cliff. It will anger him greatly that the prospect of the Church remembering him as fondly as so many of his predecessors, including Benedict XVI, is fading fast and the prospect of his being remembered as the worst Pope in all of Christian history is coming into view.

Francis is unpredictable but he probably won’t go, he doesn’t care for the Church enough to see that the Church can do better without his amoral leadership. He dislikes the Church enough to stay and drive this train, but alas for him, when the Francis express train crashes, having ignored so many warning signs the Lord sent him through many messengers, he has forgotten that the first victim of the train crash is always the driver and the driver, if he is found to have ignored warnings, always gets the blame. In the end, the company might even say the driver wasn't competent, we're not sure he was really one of ours.
at January 24, 2019 15 comments: