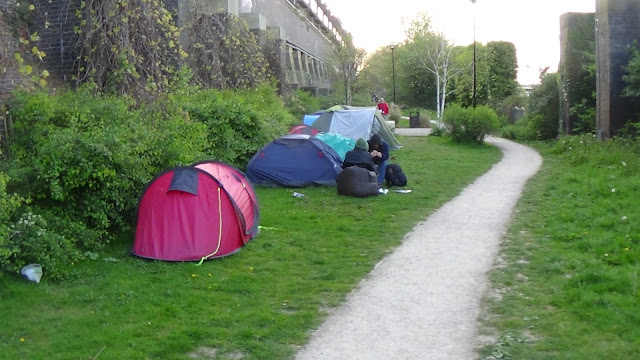 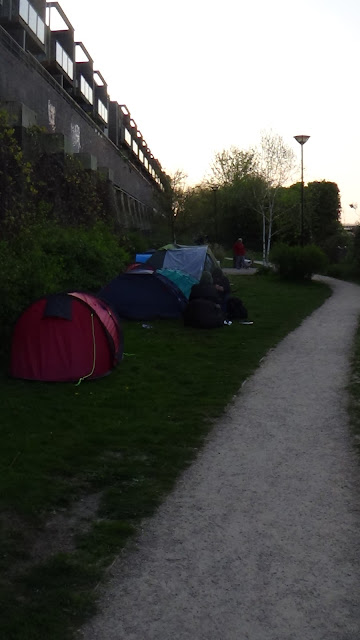 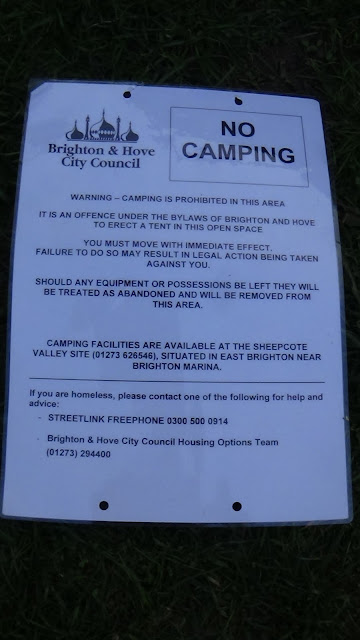 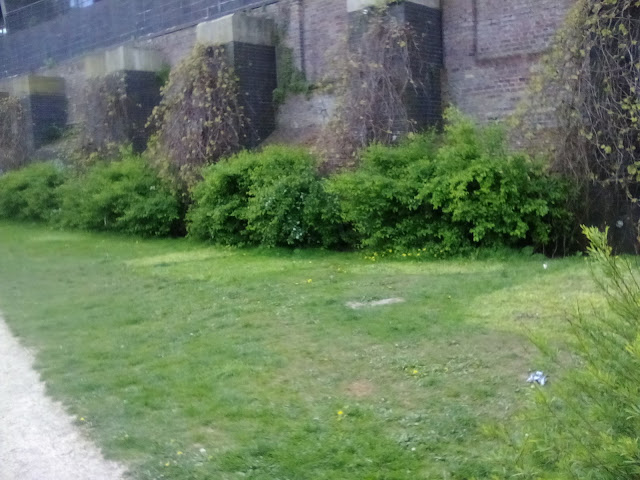 These images are from the 'Green Walkway' near where I live.

It is not frequented by a particularly large footfall of pedestrians.

A small group of homeless had erected tents in this area.

Night-time temperatures have been recorded in the past week at 0 - 1 degree celcius.

The homeless men wished to make no comment other than to say that it is not, or should not be made in effect, illegal to be homeless.

They sleep in tents and in small numbers because it is safer. They received no complaints from residents themselves, have caused no trouble to residents or damage to the area. Even the police were friendly towards them.

Only Brighton and Hove City Council have an issue with them.

At the time of discussion with them homeless they had no intention of going to an official campsite where they would have to pay £21.70 per night, money that I presume they do not have, instead considering their options outside of the city.

I don't know how Brighton and Hove City Council should deal with homeless men and women pitching up tents in parks and garden areas of the city nor do I know what the solutions are for homelessness in the area.

But I'm pretty sure there is a better way to deal with homelessness than that policy pursued by Brighton and Hove City Council.
at April 26, 2017 No comments:

Wearing this simple but effective latex disguise, Fra' Matthew Festing will easily evade detection at the election of his successor, managing to breach the official barriers and pass through the various Vatican checkpoints unnoticed, eluding the gaze of Von Boeslager's associates within the Knights of Malta. As we all know, in the Order formerly known as 'Sovereign', the faction of Knights under the protection of the Pope never fail to turn a blind eye to condoms.

Shocking as it was to read the letter published by Rorate Caeli sent to Fra' Matthew Festing, it is nice to see diplomatic pleasantries still are in operation in the Vatican. The final two paragraphs in particular were prime examples, wherein it was stated without embarrassment that Matthew Festing is temporarily banned from the site of the Mother Church of all Christians, while wishing him a happy Easter.

So thoughtful and, of course, merciful to a tee. Strange for a Pope who is so keen to talk of the freedom of movement of peoples as something sacrosanct, that suddenly barriers and walls which should normally be torn down are, for one person in particular, erected with papal blessing. Oh well, I guess the regime of surprises, contradictions and wholly unnecessary villainy of biblical proportions strikes again.

Yesterday, I posted a new song, a rendition of Bob Marley's 'One Love' adapted to the theme of our contemporary obsession with inter-faith and ecumenical dialogue so loved by Pope Francis and the Prince of Inter-Communion himself, Cardinal Kasper. It can be viewed here. I don't think either of them would appreciate my latest effort.

Happy Easter again to all, do say a prayer for Fra Matthew Festing. It cannot be many people who have been told with the Pope's approval not to come to the Eternal City for a while 'just because...'
at April 19, 2017 10 comments: 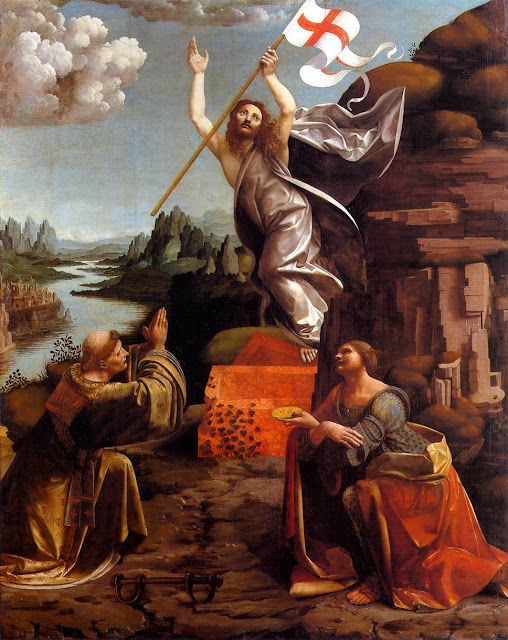 Invitation to Perform for the Pope! 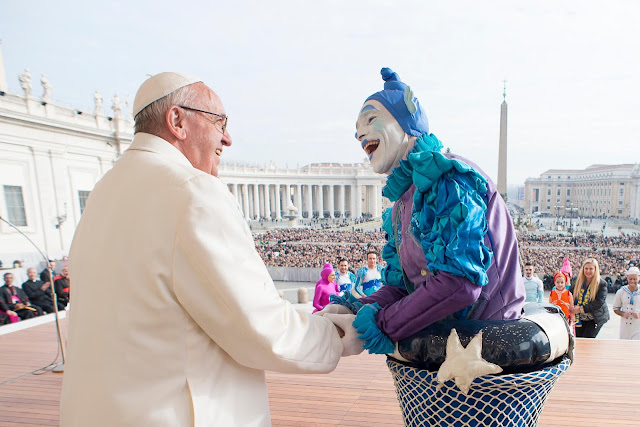 I have news of great joy!

I've had an invitation from the Pope to perform 'That's Amoris' and 'RCIA' for him in June!