A very happy, holy and blessed Christmas to all readers.

Please pray for my friend, George, known to long-term readers of this blog, who was rushed to an isolation ward in a Brighton hospital ward last night. Jesus, mercy. Mary, pray.
at December 24, 2015 13 comments:

I love the way that the Holy Father waits a year to tell the Curia what the cures are for the ailments diagnosed last year. Now, that's what I call professionalism.

But seriously, I think in his modest gentleness, the Holy Father has kindly overlooked the shortcomings of his Curia as diagnosed last year (for this is the Year of Mercy) and gone for a different approach this year simply guiding his team towards virtue.

Hmm...nothing quite says "Happy Christmas" like pointing out 'cures' for workplace failings, does it?
at December 21, 2015 10 comments: 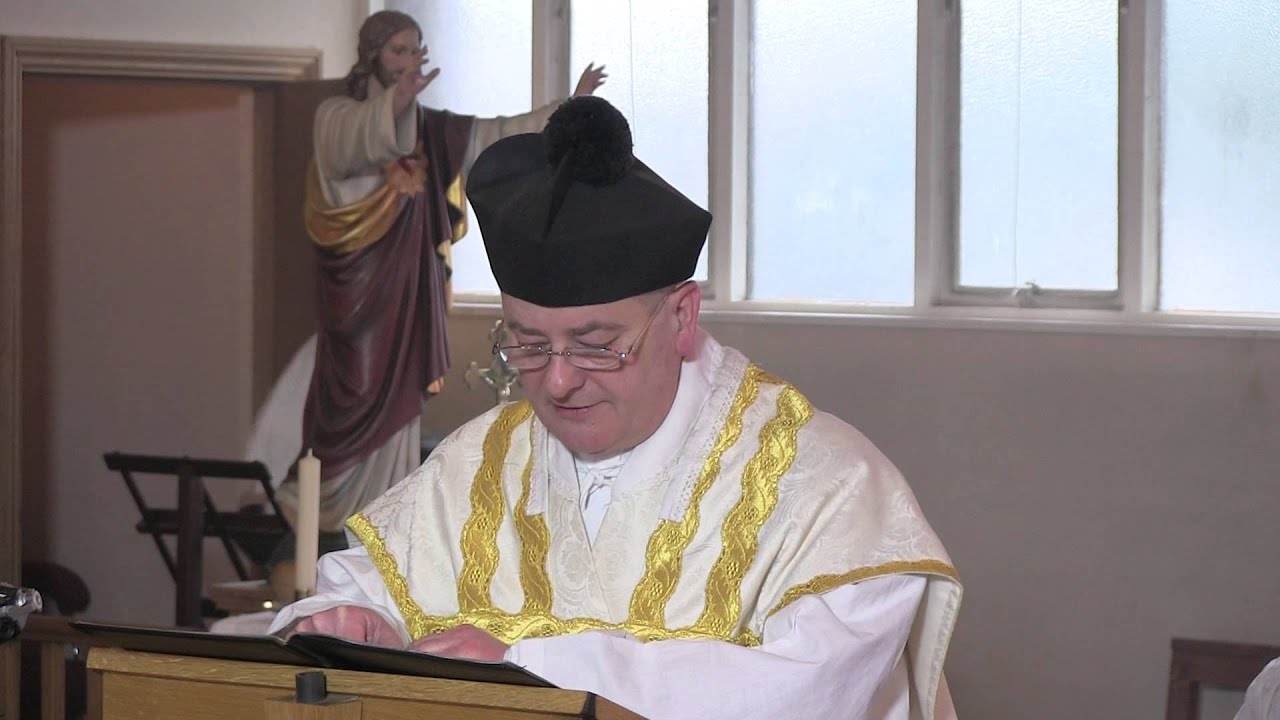 Fr Tim Finigan has been posting from a hospital bed having suffered a heart episode.

Can a Catholic Be Righteous in the Sight of God?


Interesting question. Now that we know that the Salvation of Jews does not depend on faith in the Second Person of the Most Holy Trinity, we can dare to ask the question: 'Can a Catholic be righteous in the Sight of God?' I look forward to the next Pontifical Commission for Religious Relations with the Jews document to fill us in.

Apparently, according to at least one Jewish sect - and a powerful one at that - Chabad Lubavitch, the answer is yes, which for us Catholics - though we are known only as Gentiles, will come as a great relief. Apparently, you can be righteous in God's sight, as long as you follow the Noahide Laws, as one Italian Catholic, who enquired to the organisation about becoming a Jew, discovered. 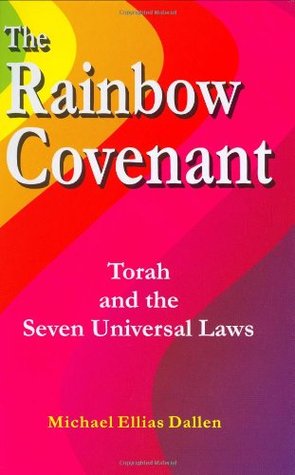 Of course, some 'rigid', 'fundamentalist' types might believe there may be some conflict between being 'righteous' by following the Noahide Laws and proclaiming faith in the Saviour of all mankind, Our Lord Jesus Christ, because a proportion of Jews (it's so unfair to treat them en masse as a block, don't you think?) may well regard faith in Jesus Christ as somewhat idolatrous or blasphemous, but the Pontifical Commission will, I am sure, fill us in on the details and we'll cross that bridge when we come to it. These are just petty details that can be ironed out later on when we are all 'united'.

I'm sure that Our Blessed Lord - and St Paul - had much to say on these matters, but we've moved on now and we're not so 'self-enclosed' as we once were. I'll let Rabbi Aaron L. Raskin fill you in for the next two or three hours on how you, as a Gentile, as a Catholic indeed, can be made righteous in God's sight, here, here and here.

After all, if the Catholic Faith - if Faith in the the only Begotten Son of the Eternal Father is no longer necessary for Jews to attain Salvation, there's no reason faith in the only Begotten Son of the Eternal Father is necessary for Gentiles either - even Catholics. So let's all just be righteous together and be righteous dudes and dudesses. Then, at last, we will be united and the world will have peace. Quite why the Church is telling Jews they can have Eternal Life without the Divine Faith of Christ is a mystery in itself, because Jews don't seem to believe in Eternal Life nor in the Man Who promises it to those who are faithful to Him. Why does the Vatican want to tell Jews they can have something they don't even believe in or even want? Jews don't believe in Salvation in the sense in which Jesus taught it, if at all. The question is: Do we? 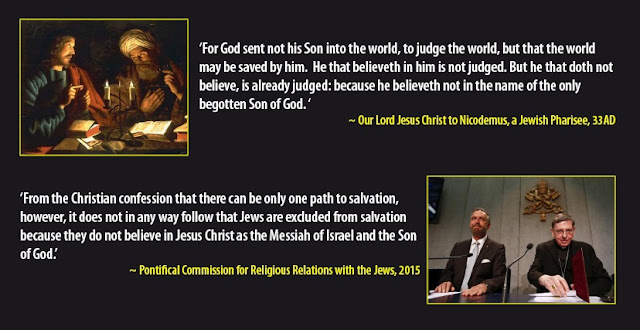 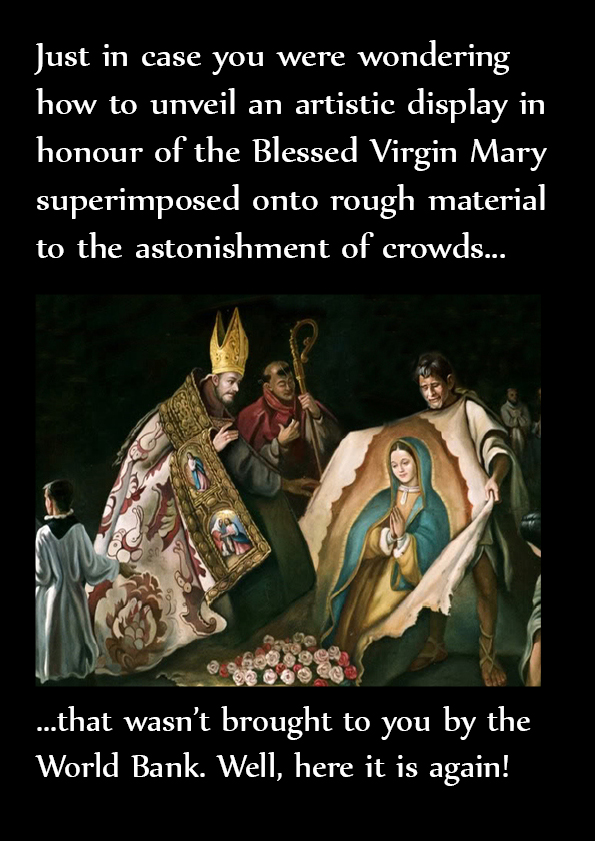 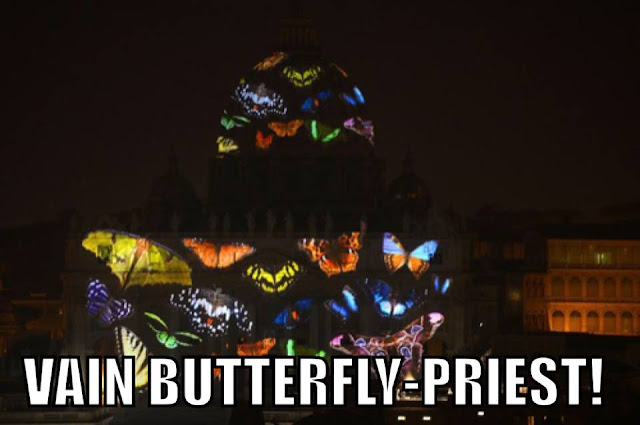 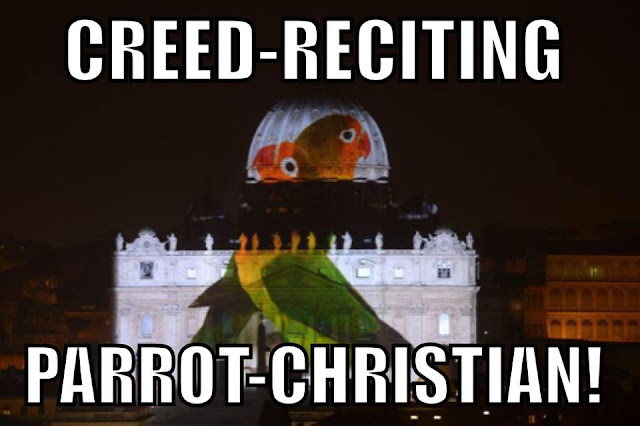 Happy Feast of the
Immaculate Conception everyone! 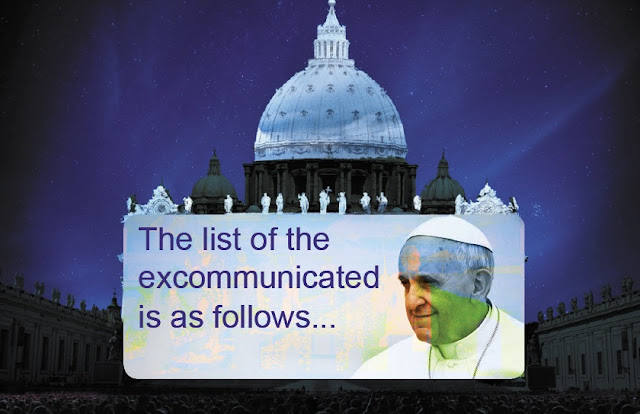 Seriously though, if it happens to me, I want it in Latin.

Nobody's going to excommunicate me in the vernacular.

I assume my right to the Latin rite of excommunication was covered in either Summorum Pontificum or Universae Ecclesiae.
at December 07, 2015 14 comments:

A Word from Our Advertisers 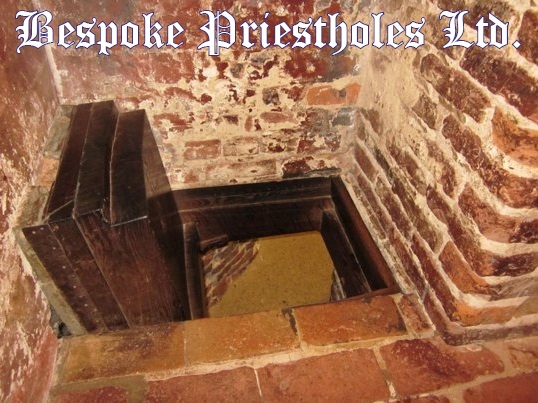 Defending the Holy Faith isn't easy. There are times in life when you've just got to 'getaway'. That's why Bespoke Priestholes Ltd have been offering our unique, high-quality brand to parishes for nearly five centuries, adapting buildings both new and old to add sanctuary and security to the life of clergy.

Since Tudor times, Bespoke Priestholes Ltd have offered a range of in-house ecclesiastical hiding holes to the clergy in England and Wales, promising a discreet service, impeccable finishing touches and a variety of internal retreat holes in basements, bookcases, walls and lofts and all at a price that won't go through the roof.

Take advantage of Bespoke Priestholes Ltd's 'Year of Mercy' discounts, with as much as 20% off our top range of priestly sanctuaries for the Extraordinary Year, during which it is promised that 'Catholic fundamentalists' will be 'combated'. We've heard that kind of language before. Our carpenters are ready. Are you? Our prices cannot be beaten.

Don't wait for persecution, expect it. We're on hand to deliver the holes that can deliver you from your enemies. With over 500 years of experience, we've got the expertise that can come to your assistance.


In times of persecution.

In times of peace.

Because you never know who's going to knock on your Presbytery door. 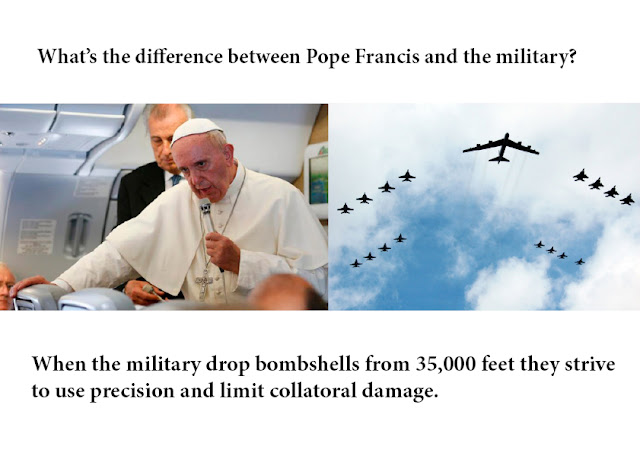 Have you ever noticed that the controversial plane interviews are always on the way back from his trips abroad? Saying the controversial things on the way there would be like telling your dinner host the food was bad before arriving. It just wouldn't make sense, would it? Far better to tell everyone else after the event, that way people will know not to go there for dinner in future, and your offended hosts can't rebuke you for your bad manners to your face.
at December 01, 2015 7 comments: 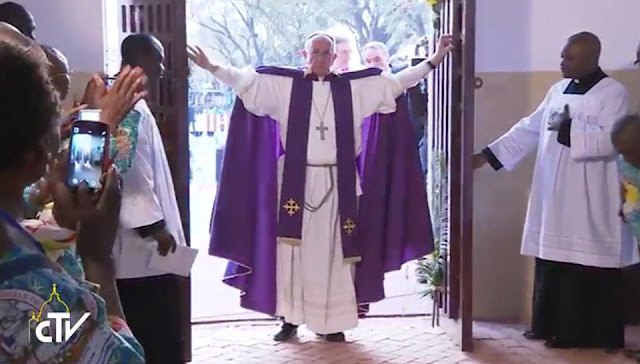 'I came here to preach about mercy
and to insult Catholics.
And I just misplaced my homily.'
at December 01, 2015 18 comments: