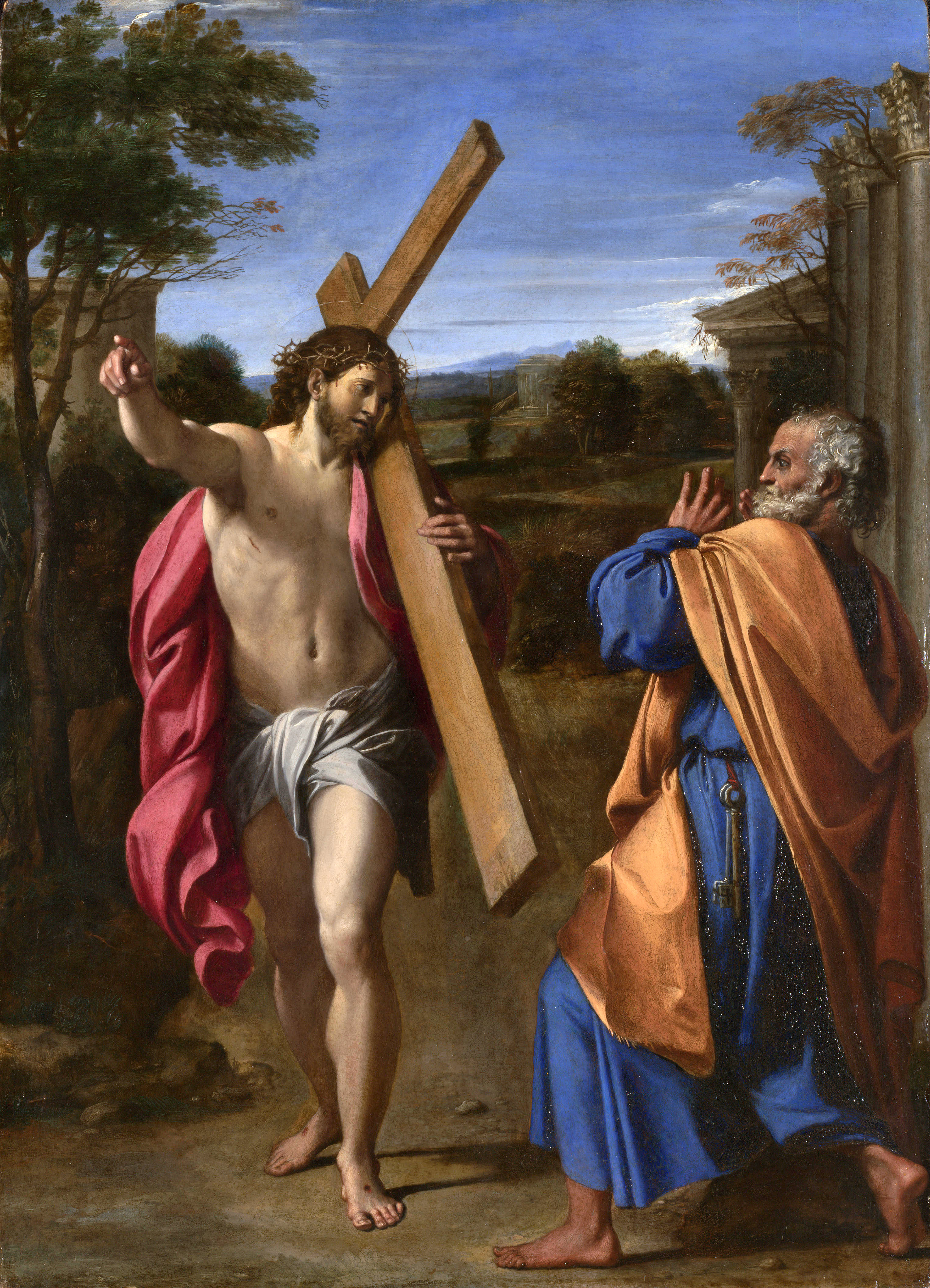 There has been a series of comments and blogposts on traditional Catholic blogs of a less than edifying nature on our new Pontiff, Pope Francis.

I'll admit that my own heart took in the news of the new Pope with a measure of pain, confusion and even sadness, but as others have said of themselves, letting go of Pope Francis's predecessor is not an easy thing to do.

Pope Emeritus Benedict had an understanding of the connection between right worship and right faith. Supported by the hard work of pastors loyal to him, I was awakened to the beauty of Catholic tradition and the beauty of the traditional Mass. How can we ever thank Benedict enough for this? It is impossible to do his service to the Church justice!

It may be that Pope Francis will never either appreciate nor put into action the liturgical preferences and priorities of his predecessor. I would be very surprised if His Holiness were to 'turn back the clock' on Benedict's reign because Pope Francis is, as Benedict XVI was, concerned with unity within the Church.

It is already clear that Pope Francis wishes to see the Church return to a sense of mission. Already, His Holiness has set out a vision. It is the vision of the Cross, from which we all take fright. It is already evident that His Holiness sees the Church's mission not in the arena of 'initiatives' at Diocesan level, but in terms of the personal holiness of the Church's members who, united with Jesus Christ, go out into the world to proclaim the good news of salvation. He obviously wants the Catholics of the 21st century - the Popes, the Bishops and Cardinals and laymen - to be known not for their liturgical exactness, nor for their corruption or sexual sins - but for their great love!

So, to those who, short of 48 hours are already condemning the Papacy of Pope Francis, I say this:

Quo vadis? Where are you going? You speak of your love for Jesus, but what are you doing? Where are the poor that find shelter under your wing? Where is the orphan for whom you care? Where is the widow you protect? When people look at you, can they tell you are a Christian? Are you spending all your days carping at the Pope because of his terrible vestments? What a waste of your life! Where is your treasure? For where your treasure is, there your heart will be also! If St Anthony of Padua reigned on the Throne of St Peter, but as a simpleton had little knowledge or understanding of the liturgical orientation of his beloved predecessor, would you still complain?

Of course, you will say, would it not be better if we had someone as Pope who shared Benedict XVI's liturgical vision but who also commended to us the need to go out and evangelise the World through love for the poor and outcast, the elderly and infirm?

To that I would say: know you of such a man? Second, you would ask of God for such a Pope, yet you are unwilling to lead such a life yourself? Whose feet are you washing? Whose bellies are you feeding? What is the point of a liturgically perfect Mass if it does not lead you out to love your neighbour and lay your life down as a fragrant offering to God!? Know you not that since the beginning of the papacy, few, if any Popes have been perfect? Are there any perfect Popes but for the ones known to be in Heaven?

Take what the reigning Pope gives you to eat, since if you do not eat it, you will starve! It is likely that this pontificate will see a renewed persecution of the Catholic Church. It is likely the Pope will irritate governments of the World with his statements on life, love, sexuality, liberty and the family. It is likely they will be displeased by the statements from His Holiness on our societies' contemptible neglect and indifference to the poor, to the elderly, to the unborn and to the most vulnerable. A civilised society is known for its treatment of its young, its unborn, its elderly and its prisoners. If that is the case, then we are no longer a civilised society. Because of this, it could be that his pontificate perhaps even sees the martrydom, white or red, of Catholics loyal to the Successor of St Peter.

No Pope has been truly perfect. No living man is perfect but Christ, no lady perfect but Our Lady. Recall that even after his denials of the Lord, the first Pope, St Peter, only returned to Rome to face martyrdom because Christ appeared along the Appian Way to tell him to do so. Had the Lord not appeared to him, think you that the first Pontiff would have returned to bear witness to his Lord!?

Do not waste your spiritual or temporal time laying into Pope Francis. Quo vadis? Where else have you to go? Look beyond his vestments. Listen to what he has to say. Put into practise your Christianity, the faith that you proclaim with your lips, for time is short and you know not when you will be called to give an account of your life.
at March 15, 2013

Extremely well-said Bones. We must trust God and hope for the best. I'm practising Kum By Ya; apparently it's about to have a partial Indulgence attached to it (Plenary if one sings all the verses whilst accompanied by at least one guitar). The Panting Heart of Rome is in for a shock.

Exactly! Perhaps we have indeed been too concerned about the 'trappings' and it has taken the election of this particular Pope to show us the reality of Christianity. The more I learn about him the more I warm to him.

Last night on kto one of the Cardinals interviewed, from Nigeria, told laughingly of the trip in the bus where he found Pope Francis was sitting right behind him. There are similarities with 'Pope Kiril' in the 'Shoes of the Fisherman'. It would not surprise me in the least if Pope Francis does not don an ordinary cassock and walk out into the streets of Rome one day incognito.

May God grant him a long life.

Doing an History degree, if there's one thing that we are continually told, it is that we have the benefit of knowing the future. WE do not know the future of the Church, only that it will survive. The Pope is protected, just as Peter was protected from doubt in that moment you talked about. It may be that Francis is not the man who will bring about the restoration of the Church in the way we thought. But without knowing the future, it is very difficult to judge.

I do not wish to judge, I do not know the future - but I dearly hope that Francis is the Pope about whom Our Lady speaks.

"My Most Holy Son and I will love this most favored son with a love of predilection, and we shall gift him with a rare capacity, a humility of heart, a docility to
divine inspiration, the strength to defend the rights of the Church, and a tender and compassionate heart, so that, like another Christ, he will assist the great and the small, without despising the more unfortunate souls who ask him for light and counsel in their doubts and hardships. With divine suavity, he will guide souls consecrated to the service of God in the cloisters, making light the yoke of the Lord, Who said, “My yoke is sweet, and my burden light”."

Our Lady of Good Success, pray for us, a beacon of Hope for the Church.

Far from being a disaster this an opportunity for the 'Reform of ALL the Reforms', as I have discussed on my latest post.

We have to rigorously continue on the ground with the reform of liturgy, but it is now time to rectify all the other false interpretations of Vatican II. Hence the 'reform of ALL the reforms'.

These are interesting times.

God bless you, Lawrence! It does appear that some have forgotten what it means to BE Catholic.

Not much difference, if any, then between Benedict and Francis. Deo gratias.

Thank you! I am sick and tired of the trad complaints. I understand why people are upset and pessimistic, but surely they can look at the big picture and see why he will be good for the church at this time. I'd also prefer a Pope who would be a traditionalist, but maybe that has to wait. We should be thankful that Pope Francis is faithful, orthodox and brave. I expect much from him, even if his and mine liturgical tastes differ.

And he's only had one lung since he was young! We will have to do prayer and penance for those who think they are better!

It takes an inordinate degree of humility for a man to succeed worthily to the Chair of Peter - let us pray that Pope Bergoglio may be graced with this. And let us pray also that he does not act to abolish the papacy (under whatever subterfuge may be employed), as he appears to have indicated through repeated references to his translation to Rome, and a number of other words and actions since Wednesday evening.

Indeed let us fervently pray that he acts always for the Glory of God, and the good of the Church; and that he does no harm.

@Augustine,
"Abolish the papacy"? I missed those references. What did he infer/ say/indicate?

Actually, I read this post again. It is inspired. In fact it is possibly the only coherent word on the subject that we have had so far.

If you are determined not to be vaccinated against the symptoms of Covid-19 by request, friendly advice or belligerent threat of your Govern...