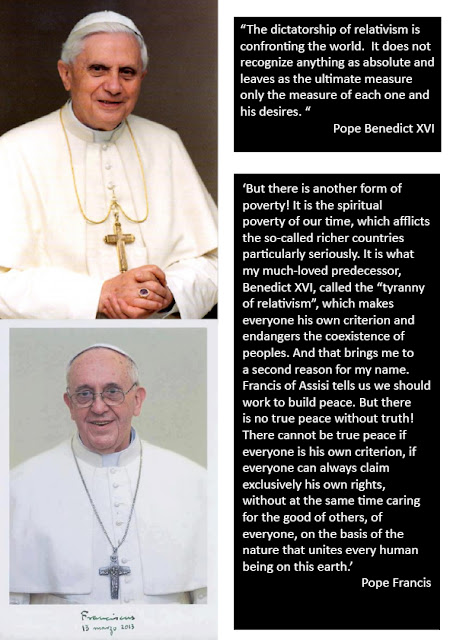 I do like that though: '...the so called richer countries...'

I wouldn't worry about Pope Francis . He and Benedict XV1 have the same analytical capacity, homing in on what really counts.