After centuries of persecution, Catholics have returned once more to the traditional practice of Christian snow sculpture, bringing the Christian Faith into the public square with beauty, glorifying the Lord with snow.

While Protestants and atheists continue the violence manifested by snowball fighting - a tradition born out of anti-Catholic sentiment following the Reformation - Catholics are returning to the tradition of sculpting famous works of Christian art through the means of snow.

While not every Catholic is so gifted as the great Catholic snow artists, especially those at the time of the Renaissance, other Catholics have been bearing witness to the Faith by giving their unique snow sculptures some pious accessories.

Speaking of the re-emergence of Catholic snow art, one eminent historian said, "It is such a Pieta that this beautiful tradition was lost for centuries, but it is wonderful that this snowledge has not been lost to previous generations and the tradition has been preserved, as if discovered in due season at the back of one's freezer."

Asked whether King David was English, one Protestant said, "Naturally. I mean, the psalms in my Bible are in English, so I can't see how King David could have been anything else but English." 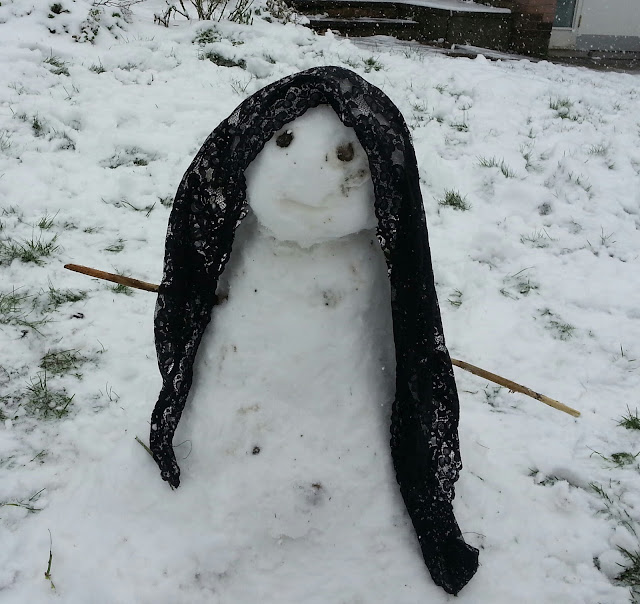 Hello Laurence, I like your everybody worth anything was or is an Englishman jokes. Very amusing. And I like your snow sculpture in mantilla. It's very cute. Take care.