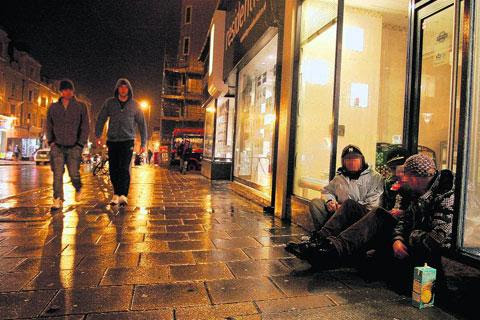 I've seen two A-Board headlines from The Argus in one week that were attention grabbers.

The first was The Argus's report, which on first sight I imagined concerned 'gay marriage'. It was entitled, 'Is it The End for Mr and Mrs?'.

If you read it, you'll see this news report in fact concerns a Councillor who would like to see all council forms and paperwork to be 'gender neutral' for the public. What a quirky idea!

Talking of how cumbersome gender is in the modern world, the Council's Deputy Leader, a Green chap, I believe, says:

“Trans people aren’t necessarily male or female and sometimes they don’t want to be defined by their gender. Putting Mr and Mrs on a form is completely useless. This is an issue that concerns most institutions from banks to mobile phone companies. Why is Mr on my debit card, for instance? I don’t understand why it’s there. We should at least examine the issue and we will have the recommendations early next month.”


Burning issues, indeed! Something for everyone there. Hmm...moving on, and perhaps more importantly, the other was, 'Brighton and Hove in Grip of Poverty Crisis.'

Read them and you'll be able to compare and contrast what strange ideas obsess those in political authority, even at a local level, and the reality of the profoundly distressing economic situation for many, many people living in Brighton and Hove who scrape by, often with the assistance of charities, just to eat a meal and feed children.

Then, extend this trend of politicians talking up issues relating to the homosexual predilections of a few and the desire (though I'm yet to be convinced that many desire this) of these to enter into marriage and you have politicians who are completely out of touch with voters not just at a national level (like we didn't know that), but at a local level too, certainly in Brighton.

I might add that Caroline Lucas MP and her Earth-preserving at the expense of people entourage, as far as I know, since the closure of St Patrick's nightshelter, have done jack diddly squat for the homeless and poor of Brighton and Hove.
at October 27, 2012