Boy Banned from US School Because of Genetic Make Up 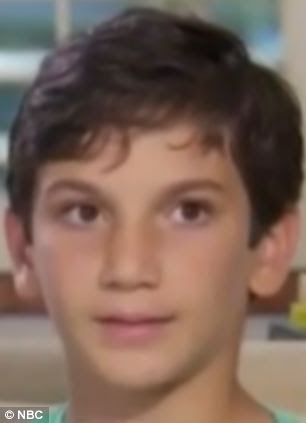 'A California schoolboy has been forced to stay at home after his school banned him from attending classes because he carries the gene for cystic fibrosis. Colman Chadam, 11, carries the genetic mutation for cystic fibrosis but doesn't actually have the disease and shows no outward symptoms. The disease is incurable and life threatening and causes the body to create a thick mucous that clogs the lungs and can cause deadly infections.
But although it's not contagious, people with the disease or the gene can pose a risk to each other through bacterial cross-contamination if they are in close contact. The disease effects about 30,000 Americans but more than 10 million Americans carry the defective cystic fibrosis gene without knowing it. Colman's parents say their son poses no risk to other pupils and are fighting the decision, made by Jordan Middle School, in Palo Alto.


Teachers said Colman must be removed as an undisclosed number of other students at the school already have the disease. The school argues that, if Colman were allowed to continue attending classes, there is a risk of cross-contamination. Colman's parents, who said the school has overreacted, are waiting for a court ruling on the matter next Thursday.'

This make no sense at all. If he actually had cystic fibrosis he might be a danger to other students with cystic fibrosis because all of them are more prone to bacterial respiratory infections. On the other hand, where do they think hospitals put them when they are sick? On the pediatric ward, often with other children who also have CF.

But this child doesn't even have Cystic Fibrosis. He isn't more likely to have a bacterial respiratory infection than any other child. Is this an excuse to get rid of a troublesome child, or troublesome parents? I really can't make any sense of it. Do they have an actual doctor reviewing these policies?

Also, how do they know he is a CF carrier? How would this ever come up? Does he have a sibling with CF? That's the only way I can think of that they would know.

Logically, the 'undisclosed number' ought only to be one, or else why hadn't they barred the second child with the gene? If it can be established that there are several, the lad has a case in law. Why him and not them?