China by the Back Door

These are confusing times.

It just goes to show that you can use the welfare state to economically manipulate people into a two-child policy.

The reaction of 'the right' in the UK is to say that these people can get jobs. Of course they can get jobs, but how do a man and a woman with little education and a CV that says they've had little work experience earn enough to have more than one or two children, pay for Council Tax, heating and water bills, food and electricity?

How does IDS, a Catholic, suggest these 'problem families' limit their breeding? With artificial contraception and abortion, perhaps? So, we see now, that abortion and artificial contraception, that procedure and those products advertised as a woman's 'choice', could well become an economic necessity when the State deems some families too expensive to prop up. Of course, if poor families become poorer, I suppose the role of Social Services will widen and deepen with those children not aborted but financially impossible to support are voluntarily given into the care system that turns out disturbed teenager after disturbed teenager. 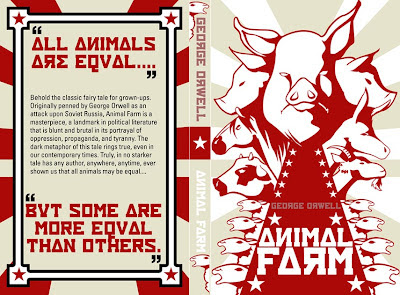 Just to remind you, both David Cameron and Iain Duncan Smith have four children each. Who pays their wages?

Who is propping up their lavish lifestyle and their families which, by modern day standards are large?

Who abused the expenses system in Parliament allowing them to claim housing benefit for various homes?

Why, our beloved Parliamentarians of course! God bless 'em!

Perhaps he hasn't thought about it, but really IDS, the Catholic Conservative, is introducing the UK to China by the back door.

A short history of the past 60 years of Britain:

The 'Left' hand created the instruments for the creation of a dystopia.

The 'Right' hand finished off the job and enacted its final phase, including the introduction of the Marxist cultural hand grenade of 'gay marriage'.

Makes you wonder whether there are people above our politicians 'pulling the strings' doesn't it? Well, we should ask the question, who got us to where we are now, this time of 'economic hardship'? Was it the poor? Was it people on benefits? Single mothers? Was it even politicians? Nope. It was banks...

All the politicians are doing is responding to the crisis.

As for work, well, admittedly things aren't quite as bad here as they are in Spain, with 25% unemployment...yet.

This is what happens when someone somewhere is systematically forcing countries in to debt slavery.

With all due respect Lawrence I think that you are wrong.

I earn £14,500 (ish) net after all deductions apart from Rent which is subsidised as I live with my mother. On the BBC News website a lady out of work with four children was featured who recieves a total of £18,750 a year in benefits; now perhaps there are circumstances which I don't know about e.g. the father/s of her children left her (incidently my father left my mother and my mom worked very hard to maintain our standard of living), now short of family to help with childcare or a real mensch who would love this woman enough to care and support for four children who arn't his can you really see this woman returning to work in the forseeable future?

As for the source of IDS's income, the voters in his constiuency have the opportunity every four years not to renew his contract.

I take the point that it was not ordinary people who got us into this crises and I am in favour of getting rid of tax loopholes, tax avoidance schemes etc etc but welfare is one of the biggest areas of government expenditure and it has to be cut if we are to make the neccessary savings to put the national books back into the black

I was thrown this suggestion by a friend who thought that all catholics are supposed to have as many children as possible.

The present system is best summed up by "Moral Hazard". If you have several children and leave your partner then you are housed, council tax paid and very generous pension given in the form of tax credits.

If you work, try and save up you are penalised and get nothing.

The other thing is that the tax credit for the second and subsequent child is the same as for the first. This is absurd, second children are not as expensive as the first. The household bills are the same, they can wear hand me down clothes etc. Good husbandry is the key.

Welfare allowances are abysmal and virtually non existent for single people, one reason why so many are homeless, however find yourself with custody of children and you get thousands plus a roof over your head, with no obligation to actually spend the money on the children. Just make sure you have another one before the youngest turns 5 so that you don't have to sign on for another 5 years....

Can I suggest a new form of Godwin's Law: any time someone uses the phrase 'Big Brother' or makes a 1984 analogy, they have lost the argument on the grounds of being trite. You will find that, China aside, communist countries encouraged people to have as many children as possible (as did the Nazis). Motherhood was a career and mothers with many children were awarded apartments, medals, consumer goods, and high 'wages'. Like a communist dictator, you imply that the workers (not you then) should pay for lazy parents to to have children they cannot hope to support. Well, call me un-catholic, but I think the first duty of a parent, or any good christian, is to make sure you can provide for your children. Not rely on the nanny state like an unemployed sponger

(p.s., China is not really a communist country, they have all but officially abandoned communism - I don't know if you watch the news, but Beijing, the world centre of bling, isn't exactly a communist city)

First country to legalise abortion was Soviet Union in 1921. That is, the first country that legally sanctioned the killing of its own population by its medics.

If you resort to slander, you don't get published.