Thank you for your swift reply to my application for the role of administrative officer, grade 12, commonly known as Pope, at your prestigious company, the Catholic Church.

I am encouraged that you keep a team of 'bank staff' who could be called upon in the event of the Chair of Peter becoming vacant. I would like you to keep my CV on file, should in emergency you require a Pope, or Popes in the future, since I have friends online who may also like to be Pope.

Due to part-time work and other voluntary commitments I have in Brighton, it might be advised that, should I be successful in any future application, I take up the role in a 'job share' capacity, since I would like to continue gardening for business and pleasure, as well as freelance writing while governing the Barque of Peter.

Due to technological developments, I believe that there is no reason that I cannot govern the Church with my friends in my dressing gown at my computer. Did not St Dominic say, "If enough people prayed the Rosary, you could convert the World in your dressing gown while snacking on a Ryvita in Lent?"

With regard to the language of Latin, which Vatican II said should be retained in the Church's liturgy, while my Latin is not proficient, I do know several Latin texts in the Mass, as well as small parts of the Little Office of Our Lady and I believe there is a Latin evening course available in Brighton. There exist, too, local baby-kissing training opportunities in my region, such as the NVQ Level 4 in Ecclesiastical Baby-Kissing and Public Acts of Compassion at City College Brighton and Hove. I believe that the relevant department in this important growth area in the world economy merged with the hair, nails and beauty treatment department recently.

I suggest that the releasing birds into the air problems currently experienced in the Vatican can be overcome by painting a Golden Eagle white and releasing this instead - an imaginative alternative to releasing a White Eagle. This way, there is little opportunity for carrion-feeding scavenger birds in the region of Vatican City, such as the famed Larus Argentatus, to spoil a delightful ornithological event connoting peace in the world.

Of course, this proposal is delicate and sensitive in nature, therefore it is probably an idea we keep it confidential and between ourselves, the reigning Pontiff and his administrative officer advisers, who, I am sure, are keen to keep abreast of any potential successors who may be waiting in the wings out of love for the Universal Chuch as a matter of utmost discretion - rather than something to be discussed it over the internet!

I note that with one retired Pope, Emeritus Benedict XVI, and one current reigning Pope, Francis, it is possible, if exceptional, that there are two sets of Keys to the Kingdom of Heaven currently in the hands of the two individual Popes. 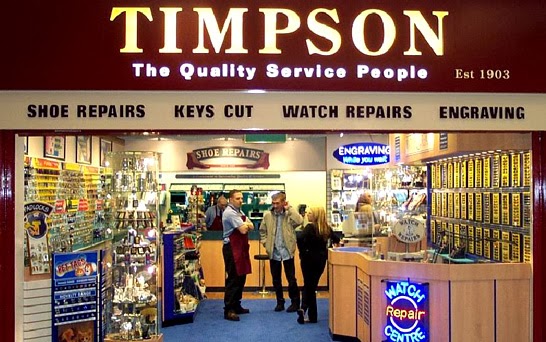 May I therefore suggest that if a future job share among a bank staff of online Catholic Popes on a zero-hours contract is decided upon by the Vatican in future - under the efficient guidance of Ernst and Young, of course - that Your Eminence takes the opportunity to seize upon the range of offers currently advertised by Timpson's Key Cutting specialists. If Holy Mother Church agrees to a 'bank staff' of supply Popes in the future, then more keys for binding and loosening may be needed and my friends are residing in the UK as well as overseas.

While the vast majority of my ministry in being spiritual father to over 1 billion Catholics would, if I were successful, take place in my pyjamas, I have sized 10 feet, so while I would never presume to have secured this important position, should I be successful in any future application, I would please like my slippers to be red in respect for my predecessors and to connote my walking in the Blood of Christ and the martyrs.

May I also take this opportunity to thank you once more, Your Eminence, for your helpful reply, and humbly suggest to His Holiness that with WWIII on the horizon over the territorial disputes taking place in the Ukraine, now might be a good time to, in union with the Bishops of the World, consecrate Russia to the Immaculate Heart of Our Lady.


Enc. Bonkers leaflet on Fatima with quotes from Fatima enthusiasts that may not be that bonkers after all if relations between Russia and the West continue to sour... 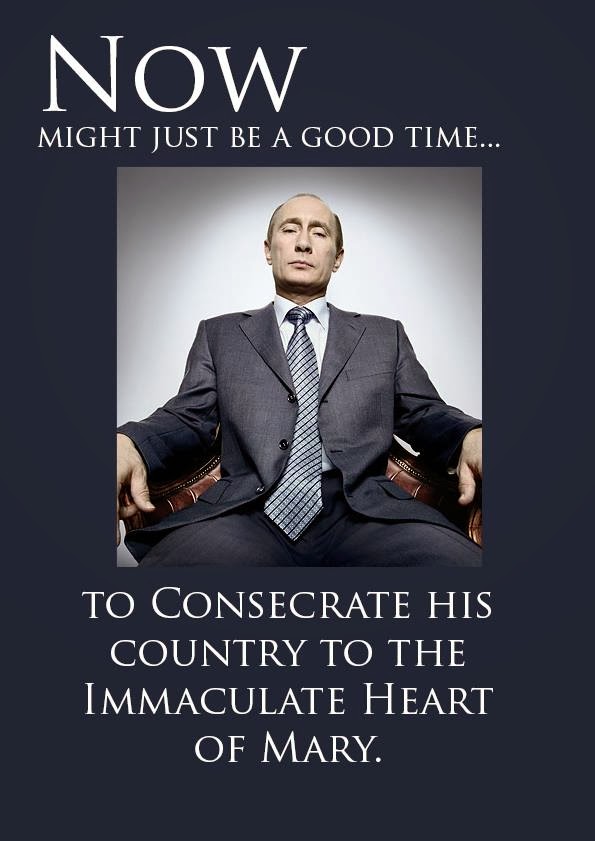 My name is Dod G. Onispins, and I am the world manager of Head-Hunting for the International Society of Anti-Pope-Sifters. It is with interest that I learned (in a deconsecrated modernist parking garage during the recent recutting of the Keys) of your semi-success with your application submitted to Cardinal Paperclip of CC Inc., for the position of 'santo-subito-next-in-line'. I would like to propose that you may find a more fulfilling role in our company as Bishop of Deprogramming in our humble but ambtious tight-nits company. Our head-quarters are situated in open green pastures with plenty of opportunity for gardening and no risk of inhaling carbon-modernist-monoxide. I must also point out that the ability to speak, read and dream in Latin is non-negotiable. We require that our employees take an oat, specially designed to prevent one from committing acts of public renounciation of Divine Revelation, or feeding the Hell-Mouth with faithful and unfaithful alike.

Also we provide free health-care - always keeping one step ahead of the FDA - PJs of the Gordon Quid Clan tartan, and unspeakably-red organic wool slippers.

p.s. Our organisation has consecrated Russia every year since 33 AD, so there is really no need to worry.

p.s.s. it is also our firm policy not to ban the very trendy TLM from Franciscan Orders, or Catholic Colleges or anywhere hungry Faithful gather.

I think you may be lacking with regard to some of the evolving criteria for the evolving post - for example, the predilection to talk incessantly and in a vacuum, of "mercy"; the commitment to never mentioning the objective truth in Faith and morals, at least not in public; not to mention requisite sartorial standards (as recognised by the competent secular adjudicators). Continuing to live in your flat in Brighton would not, however, be a problem, were you to be successful in receiving an offer. The rest of the building could be commandeered for your entourage. In a similar vein, choosing to continue to work part-time amongst the Faithful, in a cafe, or allotment, or performing your idiosyncratic music to select groups on occasion, would not be considered a block to your being made an offer.

You might have competition for the job share. A friend of mine suspects that all those cardinals clustering round the Pope emeritus in St Peter's recently were quietly asking if he'd come back, say, 2 days a week to do the theology, no crowd work necessary.