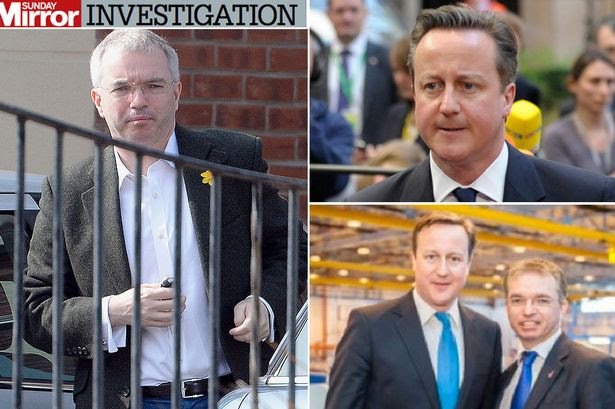 Welcome to modern Britain where nothing makes sense anymore.

I guess some gays are just not the marrying kind. Mr Menzies voted for same-sex marriage.

"I am a Catholic and religious freedoms are very important to me, as is my religion, but so too are equality and tolerance," said he.


Perhaps I'm a 'man born blind' or something, but I can't see how two men having sex with a financial transaction before it takes place is any more scandalous than two men having sex with no financial transaction taking place. After all, it could be that in the latter case one man always buys the drinks. Who knows, perhaps a 'rent boy' relationship could be the beginning of a beautiful 'marriage'?

I know that prostitution is illegal and exploitative therefore its immoral. So that's why he's resigning, but don't worry, Mr Menzies, George Soros is working on that one. One of these years your friend will be a 'sex worker' with full entitlement to a private pension and membership of the company gym.

I'm not casting the first stone, of course, what with my big gay history. There but for the grace of God, go I. I'm just musing on a country gone insane. You can just imagine gay 'married' couples sitting at home reading the Sunday newspaper in the conservatory saying, "Tut-tut...well I never...what is the world coming to?"

So Mr Menzies' religion (Catholicism-lite, I assume) is very important to him - but not in a way which might cause him to act in accordance with its teachings. I expect that like another MP who 'happens' to be Catholic he feels 'hurt' by Bishop Egan's recent comments on withholding Communion from those who vote in favour of abortion & SSM.(http://www.telegraph.co.uk/news/religion/10727962/Gay-marriage-MP-told-he-has-excommunicated-himself-by-voting-for-same-sex-weddings.html)
More fruits of the Spirit of Vatican II!
Interesting moral point you've raised though...

There are no greater evils committed against the body politic than those which in some fashion involve money exchanged, misspent, wasted, diverted,hoarded, etc.
Money wasted on fuel for hospitals which have perfectly good aborted children to burn, money wasted on prolonging the life of OAPs when they ought shut-up and die, money wasted on pre- and post-natal care when a cost-effective morning-after pill is just the ticket, and so on and so on.
The sins of today are truly capital sins.
Diabolic disorientation has darkened the minds of so many. Thank you for your clear thoughts, Laurence.

It's very rare to find sex and reason on the same planet. I live in a jurisdiction where it is illegal to pay someone to have sex with you (prostitution), but not if you both get paid and do it in front of a camera and put the video up for sale (pornography)...But then again it is legal to smoke pot in our public parks, but not tobacco. When Aristotle named man a "rational animal" he must have been having an unusually good day.

"Equality" is not an absolute value. Neither is "tolerance". And the tyrannical relativists' employ a false meaning to the terms. As Archbishop Fulton Sheen said - tolerance applies only to persons (their failings is implied) but never to principles (such as what constitutes marriage).