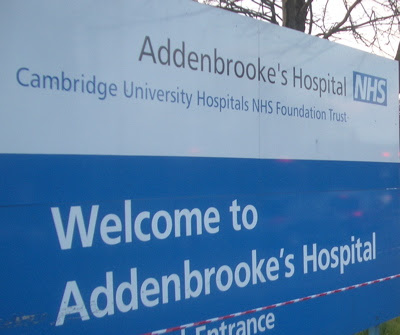 This news is shocking, macabre, disgusting, evil and inhuman. It is enough to make anyone, observing Lent or not, lose their appetite.

'Thousands of miscarried and aborted babies have been incinerated by NHS hospitals without their mothers’ knowledge, an investigation has found.

The government was forced to ban the practice after it emerged that 15,500 foetal remains have been incinerated by 27 trusts over the last two years alone.

The bodies are being burned as ‘clinical waste’, while at two trusts they were put into ‘waste-to-energy’ furnaces which generate power for hospitals.

One devastated mother who suffered a miscarriage was told her child would be ‘incinerated with the rest of the day’s waste’.'

What a sick country. When will we wake up? Addenbrooke's Hospital, among others, has admitted, following a Channel 4 investigation for Dispatches, to incinerating the human remains of aborted and miscarried foetuses along with garbage, the energy produced being used to heat the hospital.

The Telegraph has reported the story and surely more mass media reports will follow. The Holocaust comparisons were already acutely valid and apt, with the denial of the humanity of the unwanted unborn a widely accepted myth, but now that the NHS has been found to be burning the remains as 'medical waste' to heat hospitals, the comparison with the Nazi regime's industrial mass murder program becomes more intensely vivid. These are themes taken up by Tim Stanley on his blog for the same publication. It is, frankly, staggering that there are only around 200 comments on his piece.

Like The Telegraph, the BBC has reported this story (which should by rights be top of the bill in terms of 'news') in the 'Health' section of the website. Yes, it happened in a hospital. Yes, the hospital is ran by the NHS, but come on. If this story concerns 'health' it concerns the diseased soul of a nation that once fought against Hitler only to discover, in the aftermath of Hitler's defeat, the horror of death camps built for those whose humanity was robbed, along with their dignity, during the Holocaust. Abortion is not a matter of 'health' but morality. Tomorrow this story should be front page news. Will The Guardian bite? 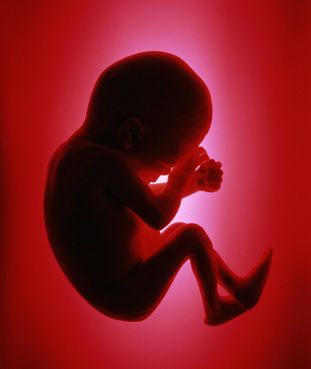 There certainly should be a very tangible public outcry, but one fears that the abortion mills have been so widely used that the guilt of the crime may keep the mouths of those who support abortion and have procured abortions, silent, and indeed complicit in the Government's likely refusal to address the growing scandal of abortion in the United Kingdom.

With Hollywood blockbuster, Noah, being released soon, perhaps as time goes on in an age that spurns these little ones and burns them for energy, we get more of an idea as to why the Almighty decided to cleanse the Earth in such a 'radical' way.

Pray for an end to abortion and for this barbaric nation, so steeped in the blood of the innocent unborn, so deaf to their cries, that even when these little corpses are incinerated along with waste to heat hospitals, its citizens, like those in Germany who refused to acknowledge the destruction of Jewry taking place in their midst, look away and cast away, like the victims of this heinous and sickening industry, yesterday's news.
at March 24, 2014

How you want to weep. I have seen the truck come for bodies of the aborted children. There is often money to be made from them as parts are sold to universities, etc. It is a great violation against these human remains. But then, dismembering live unborn children....well, who can top that for the most inhumane thing?

If it is a grave evil to burn babies' bodies with rubbish for energy, how much more evil is it to slaughter those babies systematically in their mothers' wombs? Blessed Michael defend us in battle ...

A Dr Poulter, as reported by the Telegraph, described the practice as "unacceptable".

Progressives are addicted to child sacrifice. I thought that Belgium's juvenile euthanasia law was truly the bottom of the barrel, but the NHS's burnt offering to satan is truly breathtaking.

And they really do hate that Issac got away, and that God demanded we end that cruel practice on the slopes of Moriah. But isn't that the point? God forbids it, so they do it with ravenous glee....

Moloch is not going hungry. Such abomination all so clinically carried out. When human beings lose touch with reality, they lose their humanity, seems to me (and Christ, the Way, Truth and Life is reality). When 'reality' is relative, where one need not judge, anything goes. I do not think any post 50s feminists, male or female, have anything to be proud about. I once said something about this on another blog, and got 'shouted' off as if killed a holy cow. I think it's the truth - God has a great deal to be angry about when it comes the lies of feminism.

we really are thick. God must avenge this because God is good and Just.

It is no-wonder that so many statues and images of the Blessed Virgin Mary and Our Lord JesusChrist have been crying, sometimes tears of blood, all around the world lately. With much sadness I thank-you for posting this!! God bless you and ALL your readers and loved-ones.

One such image of Our Lord JesusChrist may be viewed at: "Miracle Eucharistique de Saint-Christ en 1979", http://ddata.over-blog.com/1/93/30/42/Providence/Livret-Saint-Christ.pdf

Why is the government banning this practice? If the government is ok with dismembering them while they are alive, why should it feel compelled to ban incinerating them after they're dead? At least the government can rest assured knowing that they're feeling no pain at this point.