The Counter-Revolution That Cannot Be Contained 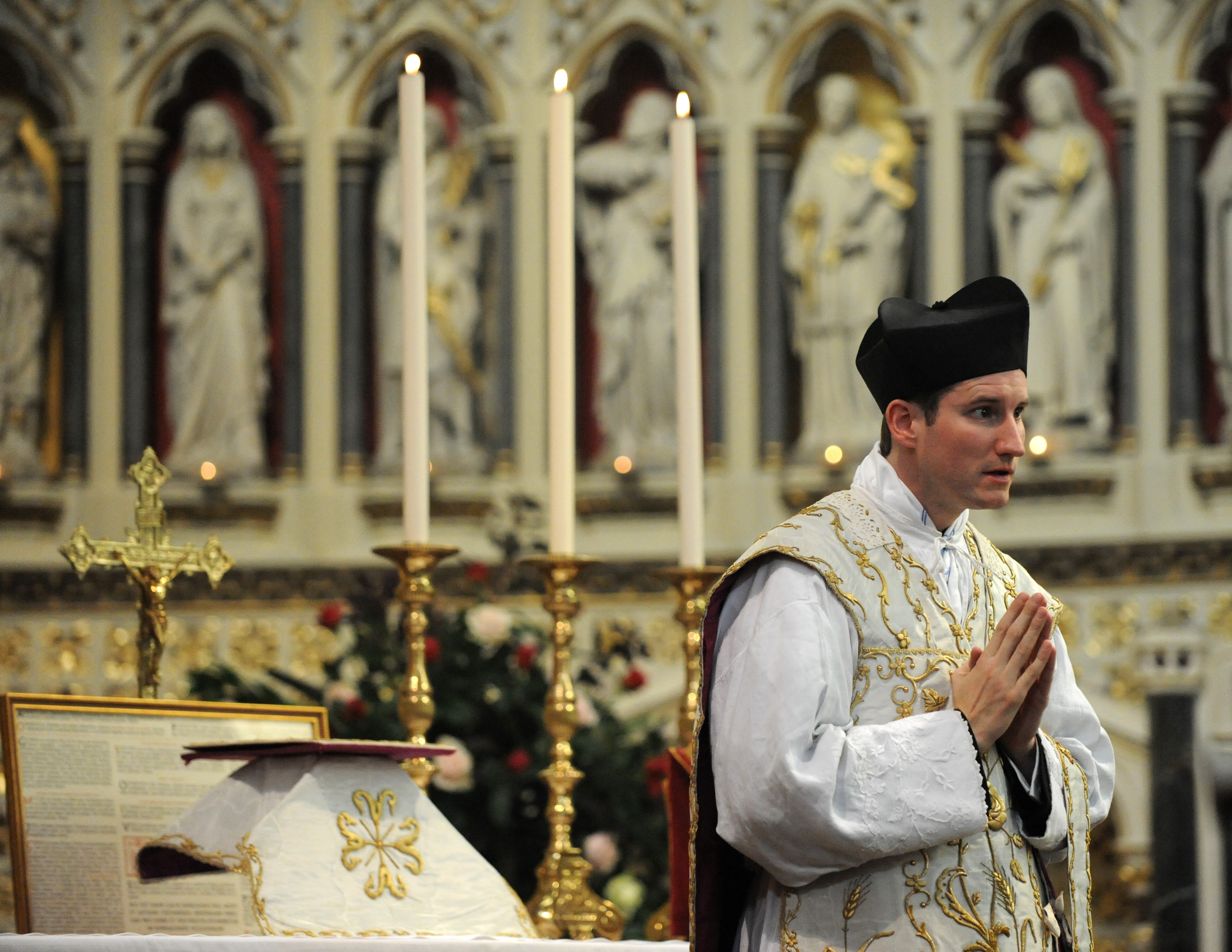 Knowing that it would be very likely that those who would come after him would take a dim view of the Holy Tradition of the Church and that they would not appreciate the attraction of the liturgy prior to the Second Vatican Council, Pope Benedict XVI set in place the groundwork for the Counter-Revolution that will eventually see the restoration of the Church's Sacred Liturgy. 'This is the work of the Lord, a marvel in our eyes.'

What has now been established by Summorum Pontificum cannot be undone or overturned without great difficulty. In order for it to be overturned would require of the Church open and visible persecution of Her own Priests by Her own Hierarchy. What has been liberated by law can now only be crushed by force. On the 7th of July 2007, Benedict XVI released the Mass of Ages, declaring that it had never been formally abrogated. What had fallen into near universal disuse in the wake of the Second Vatican Council is returning to the Catholic Church once more, to the equal dismay and joy of many. On Sunday the 7th of July 2013, the sixth anniversary of this liberation of the Traditional Latin Mass will take place.

With the liberation of the Traditional Latin Mass come other expressions of the Holy Faith and of Catholic identity that had for a time been perceived to have been entirely abandoned, which many believe belong to an age long since past, even buried. It awakens interest in the beauty and treasure of Gregorian Chant, the timeless music of the Church which many wish to see also consigned to history.

Yet these devotions, these marks of Faith and of Catholic identity will continue nonetheless, if for no other reason than they are esteemed as glorious and sacred by those who maintain them. The Traditional Latin Mass fosters devotion and encourages devotions, especially to the Most Holy Sacrament of the Altar and to Our Blessed Lady. From its beginning to its end, the Traditional Mass is a work of sublime theology, penetrated at every moment by the Divine Majesty. Crafted by the hands, minds and hearts of Saints and Doctors of the Church devoted single-mindedly to the praise and adoration of Almighty God, it appears to us in this generation as a work so beautiful that it hardly seems to have been touched by human hands at all because it relies not on the personality of the Priest, but solely on the merits of Our Lord Jesus Christ, in Whose place the Priest stands as 'Alter Christus'.

In a unique way, the Traditional Latin Mass teaches us that God is beautiful, that God is transcendent yet could not be more intimately close to us, that God is all-powerful, yet could not be more humble. Above all, the Traditonal Mass, in its reverence and attention to the Divine, teaches us that God is worthy of our time, that God is worthy of our attention, even to the smallest details, worthy of our love, our lives, our hearts and above all, of our worship. In an age in which the self has been raised and elevated to a degree that disfigures all who adopt this false idol, this Mass has been given to us by the loving hand of God once more, so that we may rediscover the infinite and unfathomable depths of the Heavenly Father's love and care for us, of the Son's desire to save us, of the Holy Spirit's invisible action upon us and in us.

The whole Mass has been designed to focus all present on the most sublime and adorable Sacrifice of Calvary, at which we are present every time we attend Mass. Great care and attention is paid to detail, not to constrain or restrict the priest, but so that the focus is entirely on Christ. The elevation of the Most Blessed Sacrament teaches us to adore the Other, to wonder at the outpouring of God's love, to love the God who so loves us. The Traditional Mass teaches us of the gulf - a gulf that it is necessary that we acknowledge in order for us to be Christians - the gulf that exists between created man and his Creator, God, but that this gulf is filled by self-giving love of Our Lord Jesus Christ, the One who unites us to Himself and brings us into the mystery of the Blessed Trinity - who comes to us under the humble veils of bread and wine. It does not just teach this to the Faithful. It teaches this to priests. It teaches this to cardinals, bishops, to monks, friars and nuns and has even taught it to Popes down the ages. Many in the Church have either no appreciation for what Benedict XVI has done for us, for the salvation and sanctification of souls, for the good of the Universal Church, for the teaching and catechism of the Faithful, for the renewal of the Church.

Pope Francis has said, "If we do not confess to Christ, what would we be? We would end up a compassionate NGO. What would happen would be like when children make sand castles and then it all falls down." His Holiness is right. Our Faith is built of rock solid ground, our Faith is about a Person - the Person, the Man, the Lord Jesus Christ. Our Faith does not shift with every passing age. It is built on a foundation that is stable, holy and in continuity with those who have come before us who lived and breathed the Mass and what could be more rock solid than the Mass of Ages? Each of us owes a huge debt of gratitude to Benedict XVI not merely because the Pope Emeritus awakened interest in Holy Tradition, but because the Pope Emeritus re-awakened love for God and for all that is sacred. Love is the power that cannot be contained. That is why the counter-revolution cannot be contained.
at July 05, 2013

brilliant piece of writing once again .I hope to see the latin mass back in its rightful place once again-the greatest thing this side of heaven;philip Johnson.

Eloquently argued. I hope you will be proved right. God bless!