The Devil's Disaster, the Lord's Triumph 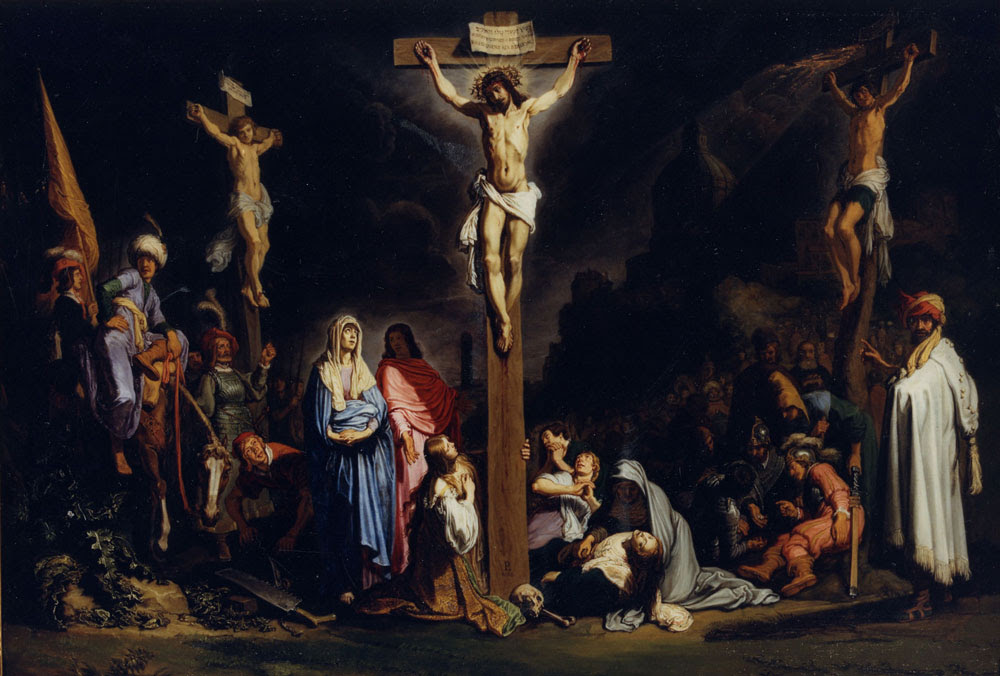 In the Crucifixion, as well as those who kept station faithfully, were Christ's enemies, human, but surely also spiritual. We cannot say what Christ's vision was as He hung upon the Cross, but is it not possible that He saw before Him hoards of demons who reviled Him, scorned Him and crowed at Him, as He hung there, since throught their subtle but malicious influence upon human agents, they ensured their Maker was put to death? How they must have laughed, these vile enemies of God, and shrieked with malevolent delight at our Saviour's torturous death! 'We have killed Him! We have put the Son of God to death!' perhaps they cried, 'He is vanquished!'

Begone, vile legions of demons and take flight! For the infamous instrument of torture upon which hung the Saviour of the World has, because of the glorious Resurrection of the Lord, ensured that this Sign now forever reminds you of your misery and what for you is total misery is for every Christian hope and refuge! Your Maker's disaster has been turned to your disaster! His shame and scorn is now the shame and scorn of every demon! What you, through your malicious influence brought about seemed to you to have been the hour of your victory, yet now it is the Sign from which you flee and every blessed Crucifix is abhorrent to the same eyes that looked upon it at Calvary and every Holy Sacrifice of the Mass is, for you, a disaster! Now it is you who are scorned! The Resurrection of the Lord has made what appeared to you a triumph for your plans, His triumph and now you cannot bear to look upon the Cross and you find it intolerable to look upon any blessed Crucifix!

The sin that ensured your permanent exclusion from Heaven will never be pardoned, yet the great crime of the Cross became for mankind the Sign and instrument of mankind's redemption! O unhappy demons! Your intelligence is great, but how inscrutable are the ways of the Almighty! Through His Passion and Death and Resurrection, God has secured the everlasting praise of those who you once had under your power!

Now, the places you lost because of your falling from Grace become the places in Heaven that will be taken by those favoured by God - the very creatures who you despised and the creation of which brought about your rebellion against God! Those places in Heaven that you lost through your disobedience are being filled by the very creatures that brought about in you such pride, such envy and such loathing of God! 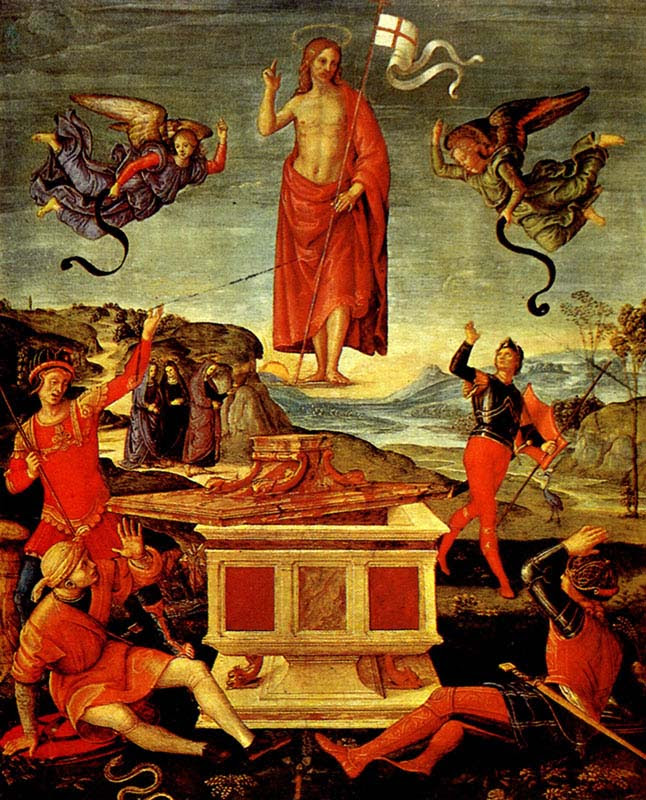 Ah, unhappy demons! O miserable wretches! By using those who listen to your cruel whisperings, you can kill God, in your rage, yet He will only rise again! You can kill, through human agents, His followers, the Faithful of the Holy Roman Church, yet not only will they rise again to Glory - not only are their places in Heaven assured, but from their witness to Christ, God will raise up countless more Catholics to take their place on Earth in His Holy Catholic Church! Alas for you, vile enemies of God, for you can slaughter God and He offered no resistance, you can slaughter His children and they offer no resistance, but the Resurrection has seen that you are confounded and rendered powerless. You have already lost! The Lord is victorious! You thought you could destroy God in your hatred of Him, but Love cannot be destroyed for His love has no end! Love cannot be destroyed, even if you should annihalate the Lover! You can attack and kill the Bridegroom, you can bring about the destruction and death of the Bride, but the Wedding goes ahead all the same and to your eternal shame, as you go onto eternal destruction and perdition, unlike the Holy Angels of God and the children of God, there shall be no invitation to the Wedding for you!

Ah miserable demons! Heaven's loss, at your dismissal, is now mankind's gain, because God has purchased, through His Passion, Death and Resurrection, a multitude so great that even your great intelligence cannot fathom it. Blinded by your hatred for your Creator as He hung upon the Cross in desolation, you could not see the marvel that the Lord would do, the marvel of the Resurrection, the marvel so wonderful that even men and women who were once sworn enemies of God and who served you night and day, will become the servants of the Most High, who serve Him night and day. Those who loved you and hated God will turn against you only to love God and hate you, disavow you and conquer you! For the Lord is risen! Allelulia! He has risen as He said! Allelulia!
at April 01, 2013