First, we can say that Jesus was foretold. His coming was expected - anticipated. He is the fulfillment of the Scriptures and the promises made to 'Abraham and his seed forever'.

The Gospel accounts makes it categorically clear that Jesus has the gift of foretelling certain events in a way in which only One in perfect union with the Eternal Father possibly could. The One who was foretold is able to foretell. The Scriptures point to Him - He points to the Scriptures in reference to Himself.

What does Jesus foretell?

Firstly: He is able to foretell the manner of his own arrest - by betrayal; his abandonment by His Apostles - they mostly fled; Peter's denials - thrice he did; that a donkey would be ready for Him on His entry into Jerusalem; the manner of His own death - by the Cross; St Peter's martyrdom - the first Pope was led where he did not want to go; the persecution of His followers - loads of them got killed; He was also able to foretell the sacking of Jerusalem in 70 A.D. I believe there are more examples of Our Lord's foretelling ability, but that's pretty good going for a 'good teacher'.

Secondly: He is able to foretell his extraordinary, singular, bodily Resurrection from the dead despite the fact that none of his Disciples either understood or believed Him until they were truly convinced. 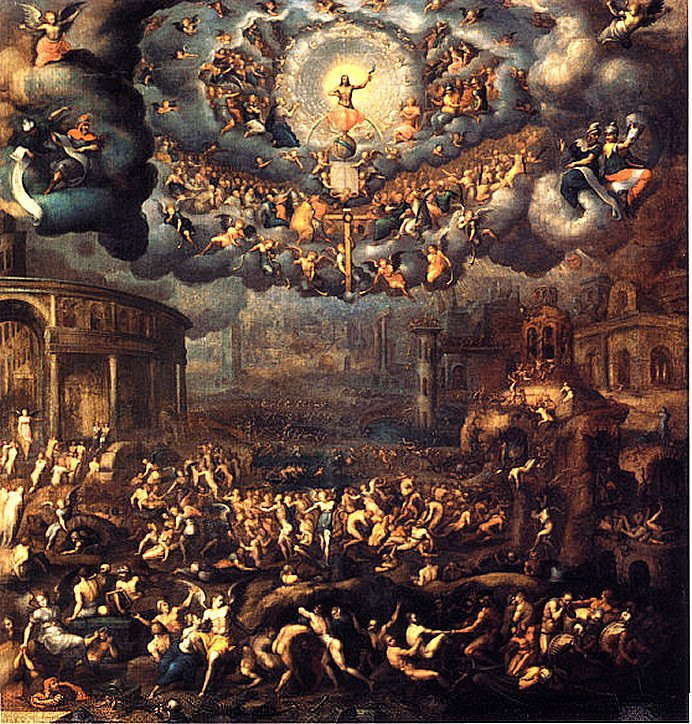 Thirdly: He is able to foretell his extraordinary, Second Coming at the End of Time at the Last Judgment.

The first two events - those in His life and beyond as well as His Resurrection - which Our Lord foretold have already come true. The Gospels are written testimony to these things, as St John said, 'So that you may believe'. The third Event is yet to occur.

Those who doubt the third of these events should not be so bold, since if a man foretold the first two events (more like a series of events culminating in one big Event - the Resurrection) and He is documented by credible witnesses as having proved right who say, 'We saw the Lord!', it would be unwise to suggest that He will not come again in Glory. In fact the possibility of Jesus's Divinity might well be worth exploring.

After all, the same Man also foretold that people would lose faith and suggest that He will not return, ('When the Son of Man returns will he find faith on Earth?'). It's almost like He knows what people are like or something, or knows what the World's response will be to Him. 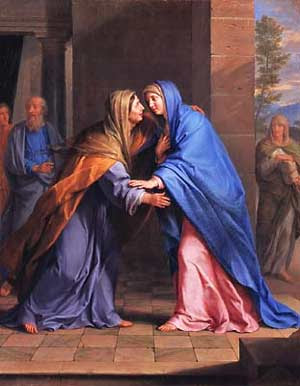 The only other person in the Gospels able to foretell anything concerning themselves is Mary, the Mother of Jesus, who we know as the Mother of God, Mary Most Holy. Her foretelling is as follows: '...all generations shall call me blessed.'

This she sings in her Magnificat. We Catholics do call her blessed. We pray, on a regular basis, 'Hail Mary, full of grace, the Lord is with thee. Blessed art thou among women...' This is despite the fact that while the words of Jesus are many in the Gospels, the words of Mary are few - yet both are able to make extraordinary claims concerning their own futures - that one will be glorified and the other - the Mother - will be called blessed by all generations. Since her time on earth, all generations have called Our Lady blessed.

I guess what I'm saying is that the Old Testament said so much that points to Jesus.  Jesus uses the psalms and the Scriptures to point to Himself as the one sent by the Father. Jesus makes so many claims about events that will take place in his own earthly lifetime that even His own disciples cannot keep up with it, ('Oh no, Lord, I'll never deny you! Oh, no, Lord, you can trust me, I'm your Pope!')

Despite the fact that Jesus foretold all this and His manner of death and execution and the Resurrection that made Christianity a certain hope rather than a faith in vain, people think good to mock Him, ignore His Teachings, insult His Holy Church and His followers as if there will be no consequences. Of course, we are called to forgive but some people are very silly. Look, militant atheists, He got everything else right, so banking on Him getting the last thing wrong is not a wise idea because God cannot be 99% right. 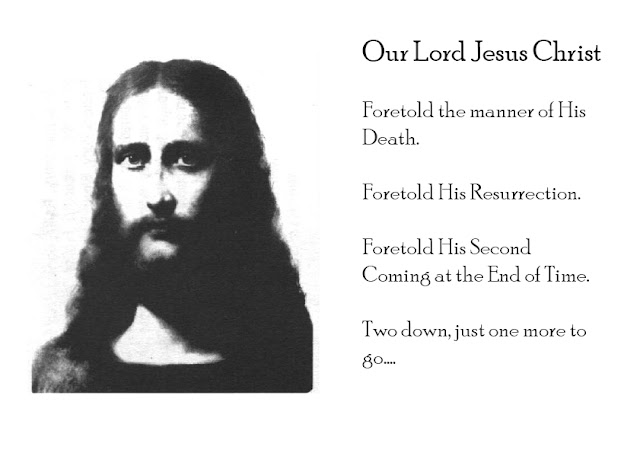 And we should re-petition Rome for the full truth of Fatima, and ask why the proper consecration of Russia has yet to take place.

And the on line mockery of Holy Week with the daubing of the equality symbol on social media is an imitation of the truth of the Passover. As is the crucifixion of marriage it can only ever be a mockery of the marriage between God and man, estranged only in law, never in truth.