Ah, Brighton. Progressives cannot rest on their laurels here. As one exciting progressive new idea is implemented, there are a thousand other ideas waiting for implementation. There is always something that needs to be done - something ordinary citizens of the city of Brighton and Hove just wouldn't have thought up. Yes, as Caroline Lucas, Jason Kitcat and the army of progressives survey Brighton, there is always 'room for improvement'. You might say, 'But hang on, that's a bit off!' but don't worry. Don't complain. Remember, progressives are more evolved than you. They are the experts. They are cleverer and they have a foresight that you will never attain. Oh, they are so wise!

So, if you are a Brightonian and you occasionally have a little stroll along the Undercliff Pass leading from Brighton Marina to Rottingdean, then you'll have noticed a little 'reconstruction' taking place. There existed, not too long ago, some public toilets. These toilets, to the untrained eye, were perfectly adequate, but your eyes haven't been fully trained! No. These toilets were vastly inadequate for Brighton and Hove - the great 'city by the sea'. "What was wrong with these toilets!?", I hear you cry.

The answer, of course, is that these toilets were not gender neutral toilets. They were not - but they very soon will be and oh, what a delight that shall be for all, young and old! How did Brighton cope before the gender neutral toilet? Yes, when ordinary citizens survey Brighton, they see things that could be improved, for some its pot holes, for some, rubbish collection, for others, high rates of crime, but few are so wise as to appreciate the wisdom of the gender neutral toilet. Would you have thought of that one? Me neither. Thank Heaven for progressives who can see the gender divisions in society and cause peace and harmony to flow like a river of sewage, straight into the English Channel. 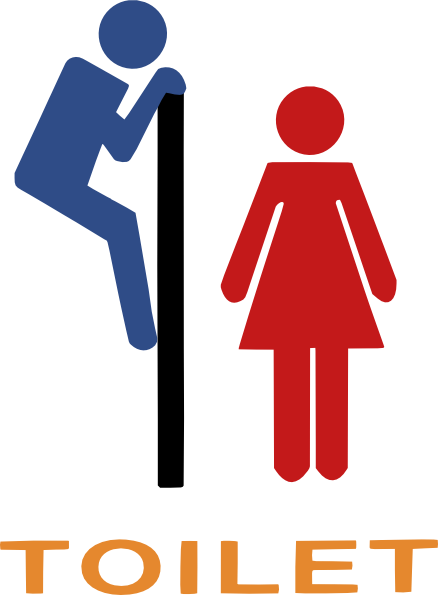 But wait...there is more. The progressive movement in Brighton has yet more to offer. Brighton is a hedonistic town which promotes a lifestyle that regressive people used to think of as one of 'vice'. Now that 'vice' is merely an instrument in which progressives hope the heads of those who disagree with them will be placed, rather than anything to do with 'morality', a new dawn of utopian happiness for society has arrived.

A lot of people come here with various lifestyles that, still, people - even your trendiest liberal - finds difficult to deal with. Certain drug-taking habits, like the shooting up of heroin and the smoking of crack cocaine, for example, still have a degree of stigma attached to them. These are enlightened times, however, and despite the enlightenment of the times, as evidenced by such natural phenomena as the rising and setting of the sun, 'substance misuse' is rampant on the streets of Brighton, in its hostels and the flats of those who misuse substances. What to do? Well, the bright sparks in the Green Party have had an idea. Why not create a 'safe place' where addicts can go and shoot up 'safe heroin' so that everything is 'safe'?

Obviously, Caroline Lucas, Jason Kitcat and all the wise ones of Brighton's political elite know better than we, so when I suggest that it doesn't matter how many 'safe places' you create for people to take 'class A' drugs in (Aren't these classifications just so unnecessary, like 'male' and 'female' really!), they will still go and take drugs and shoot up in your glorious new gender neutral toilets - my views should be ignored. I'm just an ignorant simpleton, because, you know, if there is one thing that everyone who has taken heroin says about heroin, its that after one or two hits in a 'safe place', the need for another sixteen hits of heroin ceases pretty much immediately - especially if you had a 'safe' amount in a 'safe' place. Yes, the smack addicts of Brighton and Hove will be model citizens after 6 months of the 'shooting galleries of Brighton'. As long as the State approves of a certain behaviour, like vice or crime, vice and crime soon disappear altogether.

They'll never leave needles in Brighton's toilets again because they've been 'sorted out' at one of Caroline Lucas's 'safe shooting galleries'. So obviously, if someone goes and shoots up smack in one of Brighton's gender neutral toilets, leaves the needle for an elderly lady to examine, goes into one of the shooting galleries, goes over, overdoses and dies, that won't be your fault will it, progressives of Brighton? The first body bag coming out of a 'shooters gallery' won't be great publicity for Caroline Lucas or her party of progressives, but, hey, at least she'll have the population reduction euthanasia centre she always wanted, as well as the gender neutral toilets where sexually predatory men can have their way with men or women or whoever is in-between much easier than they could before. But don't listen to me, I'm just a regressive - a bit of a pessimist - uneducated in the ways of progressive wisdom. I'm sure both the gender neutral toilets and the shooters galleries will work out just fine. Hey, Caroline, why not just combine both ideas and make the gender neutral toilets into the shooters gallery? I mean, they're going to do it anyway, right?

I can't wait for the BBC's first documentary on the project - 'Taking Smack with Caroline Lucas'. Don't put it on after the watershed because, I mean, what's the point of a watershed? This is just another form of classification! Obviously, there will be some rabid reactionaries out there, in Brighton and beyond, who consider that Caroline Lucas is 'endorsing' or 'promoting' or in some way 'condoning' the heroin problem in Brighton, by promoting the idea of people taking drugs in a centre provided by herself and the wise leaders of Brighton and Hove. Apparently, someone has been driving around Brighton with a white van that has 'Ding, Dong, the Witch is Dead' emblazoned on it. Someone needs to tell him (or her, indeed, oh no...another gender stereotype!) that they are mistaken. Caroline Lucas is still very much alive. Personally, I think Caroline Lucas should change her name. It's too obvious that she is a woman. For a society that has rejected gender roles, stereotypes and aims solely for gender neutrality, Caroline should adopt instead a number for herself and lead the way. Why not, six hundred, three score and...

I don't know. I can't get that worked up about gender neutral toilets. It's more concerning that they are saying they're gender neutral. Like, they see gender as some kind of problem that needs to be overcome or something. Creepy.
at April 23, 2013

To be fair Bones, medieval toilets were 'gender' neutral. Victorian toilets were neutral. German and Swiss toilets (largely) are. Scandinavian toilets are neutral. It was just the moderns that invented the idea of toilet prudery. I am anti-modern and therefore to some extent pro-bodily function. It was modernism that erected a wall around functions

Ahem, didn't you vote for these cretins?

The result of establishing gender neutral public conveniences will be that they will become the preserve of men.
You've only to see the state of the floors in gender neutral lavatories on trains to see one reason why women will avoid them.
A little further westwards from Rottingdean are some pretty pathways among shrubs where once you could sit on a bench and look out to sea. This is now largely a no-go area as it has become a notorious "dogging" rendezvous.
Advocating a return to sharing bodily functions in public is all very well, but in practice such 21st century equality ends up favouring the few.

It's strange how progressives campaign for gender-segregated hospital wards, but not for maintaining the status quo viz-a-viz public conveniences.

And, maybe, given this newfangled gender blindness, the Labour party might also now look to abolish its all-women shortlists. Don't hold your breath.

Goodness, Genty... How right you are though.

I do think a lot of women will avoid toilets used by men who may prefer, er, aiming at the urinal. And while we're discussing it... phew, the smell!

While we're discussing it even more...

...do you think they invented a new toilet? I mean, well, would it be discriminatory to men to do away with a urinal for instance? I wonder what the criteria would be for choosing one over the other. Ease of sitting, woman can't stand... Go back to basics. Perhaps one should use a plank with round holes over a trough?

What about the Muslims? Will female Muslims use this toilet now that men can go in the same building too? Is that discriminatory to Muslim sensibilities? (Of course, no need to consider Christian sensibilities.)

Why not use Muslim toilets that I read have been installed by enthusiastic councils. I believe it's a hole one squats over. No sitting, no standing. Let's squat. Do you think they will now build Muslim only toilets? Will Muslims share their toilets with Christians. After all we do share our schools with them and we worship the same God now.

I can't believe that this Council hasn't considered what the general public would think about this, let alone use these toilets?? Think about the Sanit*** Towe* dispenser next to the Cond** dispenser. Thank goodness they haven't got a Baby Changing facility there. Would women really use this changing facility for their girls with men coming in to use the toilet?

Ladies will just have to learn to hold it for hours.

It is indecent - and all part of the effort to disable people from discerning the decent and indecent. And discernment more generally.