Well, I am back safe and sound from Oxford where I gave a talk called 'Pope Benedict XVI and God's Revolution' to the Newman Society.

I don't know why, but the confidence I have when I write just disappears when I try to communicate in speech in front of strangers. I tried speaking from notes, but it was, I think, quite obvious that I felt uncomfortable being 'centre-stage', especially with a Priest listening. My body language, I expect, said, 'I'm not enjoying this', much as it does when I'm interviewed for a job. Anyway, I ended up reading my 'paper' on the Benedictine reforms of the Church and I hope people got something out of it. I'll post the article up in a mo'.

Strangely, I relaxed during the 'question and answer' session where I felt more able to just be myself and respond, rather than having to remember what I had written. Perhaps its something about wearing a suit or something, but I felt much happier when I got back to London and walked around in my usual clothes. I felt human again!

There's something odd about Oxford as well, the whole elitism of it makes me feel uncomfortable. That elitism throws the many homeless into a stark relief. It feels quite Victorian, walking around the town, whereas in Brighton there is a kind of intrinsic 'hippy' culture in which half the middle class look like they could be homeless anyway, so the gross polarity of rich and poor is less noticeable. To add to my discomfort in wearing a suit, I also got shat on by a pigeon. Anyway, it was an honour to be invited and a real learning experience.

While in Oxford, I bought Hilaire Belloc's essay, entitled 'The Free Press: An Essay on the Manipulation of News and Opinion, and How to Counter it'. Very interesting it is too. Belloc, in the essay, condemns the newspaper industry's as the "Captialist Press". He calls it the "Official Press" and regards it as full of manipulation of events, half-truths, total omissions and lies. He contrasts it with the free, independent press which cannot rely on such advertising revenue but reports truth because it has more commitment to truth. Reading it reminded me of the Damian Thompson's article on the Telegraph Blog in which he condemned Alex Jones's Prison Planet site and various "conspiracy theories" that surround many issues that dominate the headlines. Personally, after having read his essay, I'm a Belloc man, though I am not so sure Damian Thompson is. Damian's an "official press" man. To him, there's only one opinion or version of events worth reading, and that's the "Official Press" one, because The Telegraph is incapable of deceit. 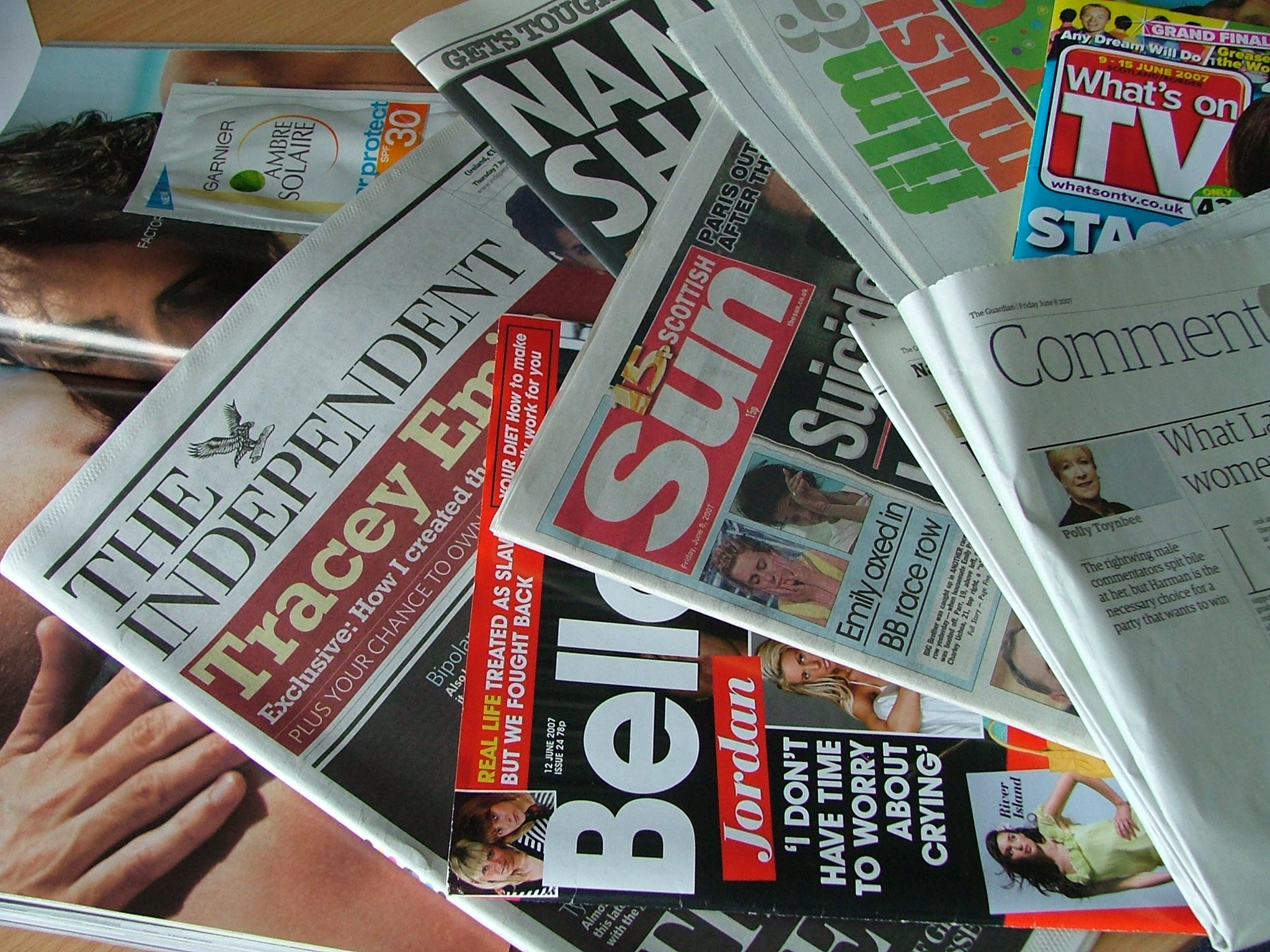 Belloc describes owners of newspapers as an unelected, unaccountable, undemocratic group of millionaires, more powerful than sovereign governments and elected officials. My eyebrows were raised somewhat when he described the official press's power to 'make or break' politicians, something of which they are aware, especially in the light of the LibDem MP who is getting shafted for doing what it appears nearly every parliamentarian was doing with his expenses.

Belloc rightly says that the "official press" is concerned with one thing and one thing only - the sales of its newspapers. It does nothing to 'serve its reading public' in a way in which, say, The Catholic Herald does. The "official press" is not interested in real news, it is interested in making money and it serves its Capitalist owner only.  It is the man at the very top of the newspaper who decides what can and can't be written or reported for reasons known only to him and presumably, some of his staff.

This would explain perhaps why The Telegraph printed little of what David Shayler said about MI5's involvement in domestic terror atrocities, but wrote a lengthy piece after MI5's threats got to him and Shayler agreed to dress up in a woman's outfit and tell the World he was the Messiah, in order to discredit himself and keep his life. I've no evidence for that, by the way, no evidence whatsoever. It's just a hunch. I'm just thinking Shayler, at some point, might have felt some 'heat' on him, because now that he's a transvestite messiah, he doesn't talk about MI5 involvement in false flag terrorism anymore, does he? What a right nutter! That discredits him and those who believe their involvement is real!

Anyway, I digress. Having read the essay by Belloc I was stunned, though I shouldn't be too surprised, to hear from Fox News that George Soros, the multi-billionaire capitalist with a eugenic agenda so vast that even Hitler would be envious, has ties to over 30 major news organisations including the Associated Press. Quite what is meant by ties, of course, is ambiguous, but wherever there is money, there is some sense of 'ownership'.

While it is true to say that 30 major news organisations does not sound like a lot, news organisations were reducing annually even in Belloc's time, in size, because of mergers and buy outs. Today, it is still true. The media is being concentrated in the hands of a few, very rich people. It is dangerous. As well as being extremely liberal, Soros uses media organisations as arms of his propaganda on a range of agendas from abortion, contraception, homosexuality, economics, political aims and unions and presumably, anti-Catholicism as well. There is a total lack of transparency in the media world, which is rich when it is the media who are able to bring down members of parliament for 'corruption'. If the Fourth Estate is totally corrupted, then what possible credibility can it have?

The important thing that Belloc says in his essay is that whoever controls the newspapers controls or most heavily influences the opinions of the masses. It sounds obvious, but remember that we absorb a lot every day from the dailies. The Evening Standard is given away at the train stations, for example, as well as the Metro. That is not even newspaper selling. That is free pamphleteering! It was, Belloc asserts, the power of the pamphlet, the power of propaganda that protestantised England during the reformation and ripped it away from the arms of Our Lady. Control of the news and control of opinion often influences heavily what we believe.

So is there any good news? Yes, there is. Belloc sees the answer in the growth of the Free Press, which is not reliant on advertising for readership, but is faithful to reporting truth, all the better if it is Catholic Truth. He foresaw a day when the Free Press would be successful in communicating real news and truthful reporting to the masses and break the power of the "official press" over the minds of the populace. The question is: Did Belloc foresee the blogosphere? No wonder The Tablet hates us!
at May 12, 2011