This has got to be good news. EWTN, the media organisation founded by Mother Angelica, committed to spreading the Gospel has taken over National Catholic Register. At some point, I would expect that a great film about Mother Angelica is going to be made...by EWTN!


'Eighty-three years after its debut in Denver, and 15 years after its purchase by the Legionaries of Christ, the National Catholic Register is being acquired by the world’s largest religious media network, the Eternal Word Television Network (EWTN). The acquisition, finalized at the end of January, marks the third time in the newspaper’s history that a new owner has stepped forward to preserve and expand the newspaper’s service to the Church.

Under the terms of the transaction, no cash will be exchanged between the parties. EWTN will take over the ongoing operational expenses of the Register and will assume the paper’s future subscription liabilities.

“I am very pleased and excited that the Register will now be a part of the EWTN family,” said Michael Warsaw, the network’s president and chief executive officer. “All of us at EWTN have great respect for the Register and the role it has played throughout its history. It’s a tremendous legacy that deserves to not only be preserved, but also to grow and to flourish. I believe that EWTN will be able to provide the stability that the Register needs at this time as well as to give it a platform for its growth in the years ahead. We’re proud to be able to step in and carry on both the Register’s name and its tradition of faithful Catholic reporting on the issues of the day.”

The need for the providential intervention by EWTN was precipitated by what Legionary Father Owen Kearns, the Register’s publisher and editor in chief, described as a “perfect storm.” That storm, not dissimilar to what has hit most print publications, was intensified by rising publishing and mailing costs, and the negative impact on Register donations from the downturn in the economy, all of which overwhelmed the Legion’s ability to continue to subsidize the costs of producing the newspaper and managing its website.

As of Feb. 1, EWTN will take full control and ownership of the Register.

Recent management changes at the Register had resulted in cost reductions exceeding $1 million annually. Senior Register staff said that this, coupled with continued donor support, a new marketing and advertising team, and additional changes have resulted in a recovery that promises to be timely and beneficial to the change in ownership.

Due in part to the fallout from revelations regarding the congregation’s founder, the Legion of Christ did not have the resources to bring the previous turnaround efforts to fruition, said the Register spokesman. 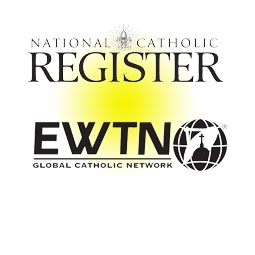 EWTN and the Register began exploring the possibility of an acquisition in November. A meeting, which was held in early December, was described by the spokesman as “open and enthusiastic.” Details of the transfer were worked out after that.

The acquisition of the Register is the latest in EWTN’s efforts to expand their operation in the global Catholic digital and multimedia market. At the start of 2010, the Irondale, Ala.-based organization entered into a partnership with Catholic News Agency (CNA). CNA is a Denver-based independent Catholic news media outlet with bureaus in North and South America and Europe. Under that agreement, EWTN and CNA are sharing news resources and have created a joint news service found at EWTNNews.com. That arrangement was recently expanded to include a new original Spanish-language news service, EWTN Noticias, launched in January 2011.

Clearly though, it is good news that EWTN now controls the Register, keeping this solid, orthodox voice alive!

Ah, my apologies to the Register!