Apparently, the Rolling Stones are set to record a number one album for the first time in ages, at a time when the UK is to see its first abortion advert on Monday, so I am quite sure there will soon be a doubling in the demand for a new, intensive, one day course in the art of throwing your TV out of your lounge window.

What a horrendous, brutal and sadistic country we are becoming. According to The Telegraph...

The organisation, which carried out 65,000 abortions last year, has circumvented a ban on the commercials because it is a charity and does not make a profit from its services.'

I'm just trying to get my head around that statement. Isn't the point of charities advertising that they hope that in paying for an advert, they will increase their revenue? After all, the organisation, according to The Telegraph article, 'carries out most of its abortions on behalf of the NHS'.

The NHS, I presume, doesn't just refer 'patients' to Marie Stopes International. It pays Marie Stopes the blood money, or, should I say, we pay, since the NHS is funded by you and me. Isn't also the point of most charities advertising, that they hope that in paying for an advert, they make an appeal for donations? When was the last time a 'charity' advertised its 'service' to members of the public?

'Julie Douglas, marketing manager at the charity, said: "We thought it was the right to bring abortion out into the open. It has been legal for 40 years, one in three women will have one before they are 45. It doesn't help to keep it under wraps."'

What a typically cynical statement by the 'marketing manager' of a group exhibiting more thirst for innocent blood than a house party hosted by Herod, Ghengis Khan and Adolf Hitler, the German leader so beloved by Marie Stopes that she sent him letters praising his accursed racial purity ideas and gift for getting things done. I'm sure that her 'dear Herr Hitler' would have been really quite impressed by the efficiency of the organisation which now bears her name. "65,000 abortions a year!?" F*** me!" he'd say, "Great work!" Most likely, since their deaths, the two of them are now getting on famously, like a house on fire, if you will. 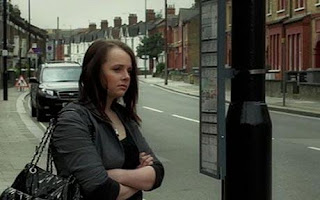 Abortion has indeed been legal for 40 years, but that doesn't stop even MPs who would never describe themselves as 'pro-lifers' describing abortion as 'tragic' and 'regrettable'. Indeed, I am yet to meet anybody, even the hardest of atheists, who has called abortion a 'good thing'. Marie Stopes International are in the business of killing. They are not the Samaritans, neither are they Water Aid, Shelter or Christian Aid. Their 'service' involves the destruction of human life with often devastating impact on the physical, psychological, emotional and spiritual health of pregnant women and girls. I mean, how can you possibly 'sell' abortion. "Abortion. Try it. You won't regret it. Err...Okay, you might later."

Why is it then, that Channel 4 should be hosting adverts for a service which, even in the eyes of most men and women (and teenagers, remember, because, let's face it, they are the ones most 'at risk' from this advert, indeed, targeted by this advert) view an abortion not as 'healthcare' but 'tragic'.

I suppose that given that the woman after whom the organisation was named was such a prize Nazi witch who, according to her, 'Radiant Motherhood' book of 1920, called for the "sterilisation of those totally unfit for parenthood [to] be made an immediate possibility, indeed made compulsory," Ms Douglas must be one of the finest 'marketing managers' in history. She really should need to be, but then, hey, the Royal Mail put Marie Stopes on a stamp a year or two ago, so clearly she's in no need for rehabilitation. 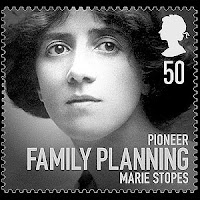 I hope that Channel 4 have wildly misread the public's perception of abortion. Those who procure and obtain abortions do not go around telling everyone about it, as if its some great new yoghurt which is both tasty and helps the digestive system. Let us, who know very well the devastating human cost of abortion, pray, and bombard Channel 4 with letters of complaint for hosting, on their TV station, the advertisement of an organisation started by a Nazi, propagates information like a Nazi and kills the innocent mercilessly like a Nazi.

Marie Stopes International clearly have a lot of money, hence their ability to put an advert on Channel 4. The Good Counsel Network have £50 in the bank and genuinely give practical, emotional and spiritual support to women and unborn children at risk from the scourge of abortion. Clearly, one of these charities is in the business of giving money away and one of them is in the business of receiving as much as possible.

If you call the hotline for Marie Stopes International they will tell you about their abortion service and kill your child. If you call The Good Counsel Network, they will give you as much help as they can to aid you in your plight and help you to keep your baby, rather than make a decision which, through their experience in working with mothers who have aborted and who haven't, know that abortion ruins lives. The finances of these two very different charities, only one of whom truly give charity, tells you everything you need to know on this subject.

I'm now waiting for some wisdom from Magdalena...

Heartbreaking, literally. God help the poor babies. And their mother's.