They Only Want Us for Our Polling Stations... 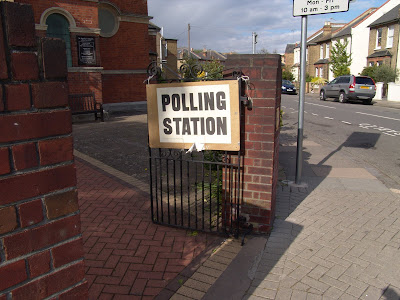 It seems to me that the Church is only deemed as useful by the Government and the major political parties, in as much as it provides them with a large number of polling stations.

The vote of Catholics is not courted seriously. Perhaps in a way, we ourselves are much to blame, since Humanae Vitae, the prophetic encyclical of Pope Paul VI, stated categorically and correctly that the contraceptive culture would bring about the weakening of the Church and Her people.

A loss of faith, a great amount of lapsation, has weakened the strength of the Church Militant and therefore the Catholic vote in a country in which Catholics remain an underwhelming, if socially active, minority is regarded only as important in Scottish Labour heartlands. Bishops called to inspire the Faithful, to proclaim the Gospel fearlessly and to lead Priests, Religious, lay men and women in holiness and Truth have become timid and questions remain over not only their loyalty to the Holy Father, but their adherence to the Magisterium of the Church and their willingness even to stand up in defense of the most basic and fundamental of Catholic institutions that care for and educate children.

Most should be written about Labour because they have been in power for so long. The Labour Party has taken the votes of Catholics for granted since the rise of Tony Blair to power until the present day Brown cabinet. The man who later went on to become a Catholic at odds with nearly the whole of Catholic teaching, Tony Blair, broke the back of Christianity in this country through his legislative program. He did much to discredit politics generally and exposed, in a wholly arrogant manner, the charade of democracy, when he invaded Iraq on a pretext of spin, lies and deceit, in the face of well over a million demonstrators who descended on London. 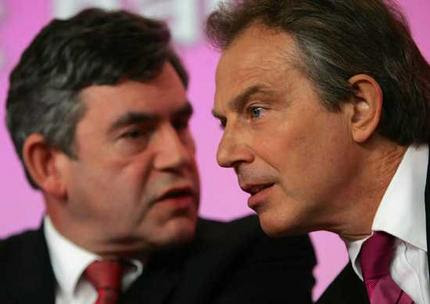 The equality legislation alone, though there is so much more to lament, has marginalised several Christians in the workplace, the stories of whom have been covered in the national press. I expect that Ruth Kelly, a Catholic woman, was so marginalised in her workplace that she could no longer be a part of the Cabinet, though she never officially said so.

The Human Embryology and Fertilisation Act assigned human life at its earliest stage the new and frightening status of 'lab rat'. If the Nazis could have done what the passing of that legislation did, then they most assuredly would have.

Some prominent figures in the Church, most notably in Scotland, but by no means prominent figures in the Church alone, expressed great horror at that legislation. It had little in terms of public support, but more powerful lobbyists again won the day. Ed Ball's more recently demonstrated the brutal thuggery of Labour's attitude to the Church with the 'Children, Families and Schools Bill'. It is difficult, even, to see how the Labour Party could claim to have had a 'preferential option for the poor' over the course of their stewardship of the United Kingdom. Poverty, now, is a more grave threat to the lives and freedoms of many in the UK than it was when Blair's Premiership began.

The Conservatives stand in opposition to Catholic Social Teaching in as much as they represent the interests only of the rich and powerful at the expense of the poor. Their defense of the family, human life in the womb and other areas of great concern to Catholics are now, just as they were when Margaret Thatcher voted in support of David Steel's Abortion Act, forgetting that had she been aborted in the womb she would never have led the nation she maintained that she loved, is more lamentable now than ever it was. Individualism is all very well, but the Conservative Party have always failed to see that people are inter-dependent. Never is this truth so true than in the womb and neither is anybody born self-sufficient.

The reality of inter-dependence is also highlighted by the plight of the elderly, sick and infirm amid the current euthanasia and assisted suicide debate, which will become an even hotter issue in the near future. The strong need the weak as much as the weak need the strong and those who are strong now will one day grow weak. The rich need the poor as much as the poor need the rich and who is rich today may be poor tomorrow. Mothers need their unborn children as much as unborn children need their mothers and who will look after mothers later in life, but their children? Perhaps, in future, not the State.

The Liberal Democrat party stand vehemently and stridently in opposition to the Church on the issue of abortion and will most likely be among the strongest supporters of assisted suicide when that issue rears its ugly head again. 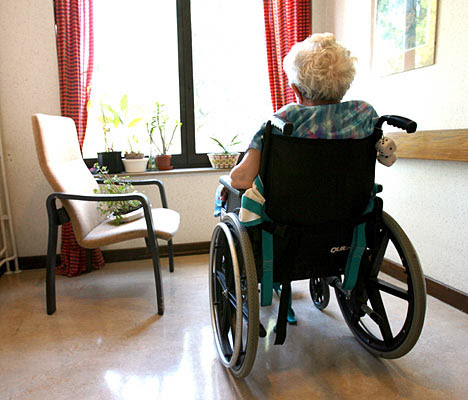 They also support steadfastly the equalities legislation of the incumbent Government and their manifesto alone suggests that the onslaught against the Church would be worse than under Labour, committing themselves, already, to an attack on the already encircled and much diluted faith of 'faith schools'.

These are hard times. The scenes in Greece suggest things could get a lot harder in the next five years, but there is more, a lot more, at stake in this country than the economy alone. Human life, human liberty, perhaps the Church Herself and all that She proclaims, is at stake. Whoever you vote for, if you feel you can vote for anyone, whoever is elected in your constituency, endeavour to show him, or her, the human freedoms that we cherish as Catholics. Proclaim the Gospel and dedicate yourself to campaigning for those who will not vote, who will never get the chance to vote, whose voices and silent screams cannot be heard and who are perpetually ignored by people with power and influence.

St Thomas More said, “You must not abandon the ship in a storm because you cannot control the winds. What you cannot turn to good, you must at least make as little bad as you can.”

They are heartening words from a dear Saint and Martyr, indeed, but I really do wonder, how would he vote today?


St Thomas More, patron of politicians, pray for this nation and intercede for all of us who are voting in the General Election and all of those who will be elected.
at May 06, 2010

Thanks for that. I've been struggling all month with who to vote for. You've encapsulated the reasons I'm not happy with any of the main three parties. I was toying with not voting, but having read your post I will pray, and then vote.

This article is very good, and it exemplifies why I find it worth visiting your blog every day. I add my thanks to those expressed by Seedcorn, and hope that your work as a journalist flourishes, even if you do not make a career of it in this world, for I fear your ideas will not recommend you to those who control the MSM.

It's their loss; long may you blog freely! God bless you!

Thanks Laurence - great and thought-provoking blog today. Voted at 8pm after Benediction (which helped). Still generally unhappy with the candidates though.